Elena Senicheva entered ITMO University’s Department of State Information Systems Management thanks to the victory in the Prof-IT Russian regional competition, organized by the E-Government Center. In this competition, local and regional authorities from all over Russia present their IT projects focusing on innovations and IT solutions that can benefit the development of various sectors of the Russian economy. The competition’s winners get a chance to study at ITMO University. Before joining ITMO as a Master’s student, Elena worked for 13 years at the Department of Land and Property Relations in Rostov-on-Don, and after that, she left the public service to work in a commercial company. In this interview with ITMO.NEWS, Elena shares about her university days and how studying at ITMO University changed her life. 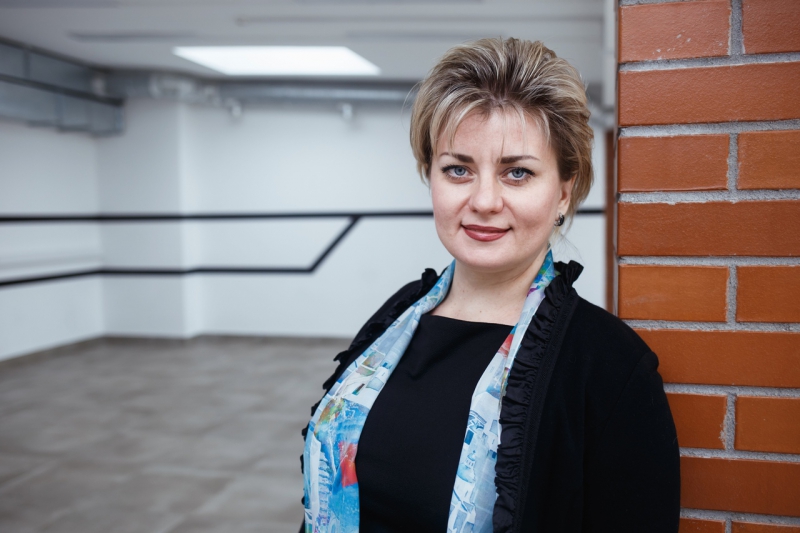 You studied full-time at a university in another city for two years. How did you manage to juggle your studies and work?

Back then, I was working at the Department, and its administration supported my decision and wrote a letter to ITMO University’s Rector asking him to develop an individual educational track for me. There were six students in my group, three of which entered the university via the PROF-IT competition. Naturally, we couldn’t leave our families and jobs and live in St. Petersburg for two years.

However, we still had to come here about three or four times a year to meet in person with our lecturers and supervisors, defend our research, as well as take our exams. Apart from that, all my evenings and weekends I was busy doing assignments, working on research projects, and writing my thesis.

It must have been a tough couple of years.

On the one hand, yes, it was, as I had to come to St. Petersburg every time when I was on vacation. I had to plan it all in advance and split my vacation into several parts to be able to visit ITMO. So during these two years, I didn’t have a normal vacation, and almost any free evenings or weekends, as I spent all my free time studying. But on the other hand, it was extremely useful and I really enjoyed it.

My Master’s thesis formed the basis of the project that the Department I worked at implemented in Rostov-on-Don, and it also became the reason for my leaving the public service to work at a software development company, the Cosmos-2 research and development center. What is interesting about this decision is that a total of three graduates ended up in organizations specializing in software development upon completing their studies.

I still keep in touch with my colleagues from other cities, and we all have only happy memories of those two years at ITMO University. Apart from studying, we also attended theaters and museums and walked a lot, and since I love St. Petersburg, I really enjoyed my time there.

You have a Bachelor’s degree in economics. In what way was your undergraduate education different from your Master’s?

In every way possible. These are two completely different fields. At the beginning of my Bachelor’s program, I didn’t even have a full understanding of what I was going to do with the knowledge I got, what career I wanted to pursue. While my Master’s program is a whole different thing: when I came to the department, I already had experience of working in this field and knew perfectly why I was there.

Therefore, as a Master’s student, I was looking at all the information I learned from the perspective of the tasks I needed to solve. And what was also great was that lecturers regarded us as equals, as colleagues, and our education was mutual. They shared theoretical knowledge with us and explained how to formulate research problems. While we, in our turn, told them about how things really worked in this field and what problems were the most pressing.

What skills that you acquired at ITMO University came in particularly handy in your career?

We developed a local geoinformation system in Rostov-on-Don, which consists of two subsystems: a registry part and a geoportal. The technical specifications of this project were based on the results of my Master’s thesis.

Please, tell us a bit more about the system. What is remarkable about it?

The thing is that in many Russian regions, the level of intersectoral interaction is relatively low. The traditional electronic document management systems didn’t really solve this problem. Apart from that, there were other problems as well: communication channels transmitting information at a speed of four megabits per second, lack of money for new computer equipment, and lack of IT specialists. To solve all these problems, we decided to establish an information space and communication platform.

And after the successful launch of the system, you left your job at the department. Why?

It’s just that I saw the prospects for the implementation of this project not only within our city but within the entire region. However, in order to bring this idea to reality, I first need to create a virtual prototype of the city, featuring its physical objects and management processes. And my education at ITMO’s Department of State Information Systems Management helped me indicate the most topical problems in the field of urban development, set tasks and understand how to solve them in order to build a digital twin of the city/region.

After launching the system, I contacted the developer I collaborated with when working on this project and decided to join him at the Cosmos-2 research and development center. Since the developments made at the Center are used in 15 regions of Russia, our research is very beneficial for the digital economy. Had I stayed at the department, I wouldn’t have been able to bring my ideas to the market. So I can say that ITMO University’s Master’s program played a very important role in my career and helped me unleash my potential.