Digital Humanities Week: Physicist and Mathematician Ivan Yamshchikov on the Use of Algorithms in Humanities Research

ITMO University is currently hosting the SPBDH Week Digital Humanities Week, which features lectures, discussions and workshops on interdisciplinary communications and research. Opening the event was physicist and mathematician Ivan Yamshchikov, who presented his research on the topic of “Data Analysis, Reproducibility and Living People”. The researcher also expanded on the use of algorithms and data analysis in humanities research. ITMO.NEWS publishes the highlights of the lecture. 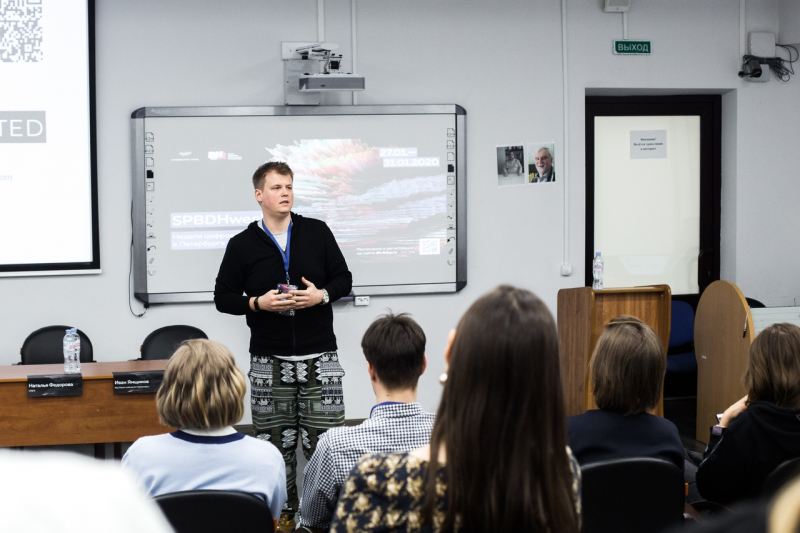 Having graduated from the Faculty of Physics of St. Petersburg State University, Ivan Yamshchikov then pursued his education as a Master’s student in Sweden and then worked at Yandex as a data analyst. He then defended his PhD thesis in Applied Mathematics in Germany and for the last three years, he has been working at the Max Planck Institute for Mathematics in the Sciences in Leipzig, where he specializes in text processing and generation. A few years ago, he implemented the Neural Defense project and is now working on research projects at the intersection of art and artificial intelligence.

According to Karl Popper, a statement can only be considered scientific if it is possible to conduct an experiment that would refute the original idea. The philosopher’s idea was that any scientific statement should be looked upon with a certain amount of doubt, as this is what helps separate science from dogma. And while in physics this idea emerged long before Popper, it’s not that straightforward with humanities. This is why there are lots of scientific groups working on the methodology and design of experiments in humanities.

In this regard, there is one good example that shows the difficulties that sociologists, for example, encounter when trying to collect information or conducting a survey. For example, you are conducting a survey and want to learn something that a person is not very inclined to talk about, such as religious beliefs or sexual orientation. The following mechanism can be used to solve this task: take a bag with black and white balls in the proportion 4/5 black and 1/5 white ones and offer the participants of your survey to tell the truth when they draw out white balls. What is also important is that you won’t see what colors they have.

Such a system makes people feel less insecure and therefore, gives you a reason to believe that they will comply with the rule. As it turned out, when using this system, you cannot learn the truth about each particular person, but you can easily determine the percentage of true answers in your group.

Another aspect worth considering is how accurate our predictions really are. A group of American researchers decided to use data analysis to predict whether an event is historic or not. They took US international protocols and reports by foreign ministries so that half of the events were historical, and another half were not. The accuracy of the study was 80%, but these are artificial conditions and it’s not that simple in real life.

Another important thing is narrative. It so happened that people like to tell stories, they love this so much that they start to believe in them as well. Sociologists working with native tribes came up with the principle that “If you do not want to be deceived, don’t ask”. The thing is people won’t tell you why exactly they do this or that thing, often they just don’t know the answer themselves. Instead, they’ll just come up with another story that they’ll tell you. The same thing works in politics: each politician tells their own story, but in the end the winner is the one whose idea is the most interesting.

Now let’s talk about language. There are research projects that focus on how the warring parties in a political conflict use different linguistic means to talk about themselves and their opponents. For example, Palestinian and Israeli media use a different word for the wall separating these states. The Israelis call it the security barrier, while the Palestinians call it the apartheid wall. Accordingly, if you google these things, you’ll see different images of the same object.

And finally, the last aspect that it’s important to mention is the right wing and the counterculture. I hope everyone remembers how the author of Pepe the Frog killed his character after it was appropriated as a symbol of the far-right movement. But he did not know that memes didn’t work like that. In extreme right-wing circles, memes and slogans spread extremely quickly. The same thing happened with jazz and hip-hop, which originally were outside the general cultural paradigm but quickly attracted attention. Thus, the extreme right-wing movements are trying to create their own counterculture, which will sooner or later become popular.