AI And Science in Art at the EverArt Weekend Online Festival 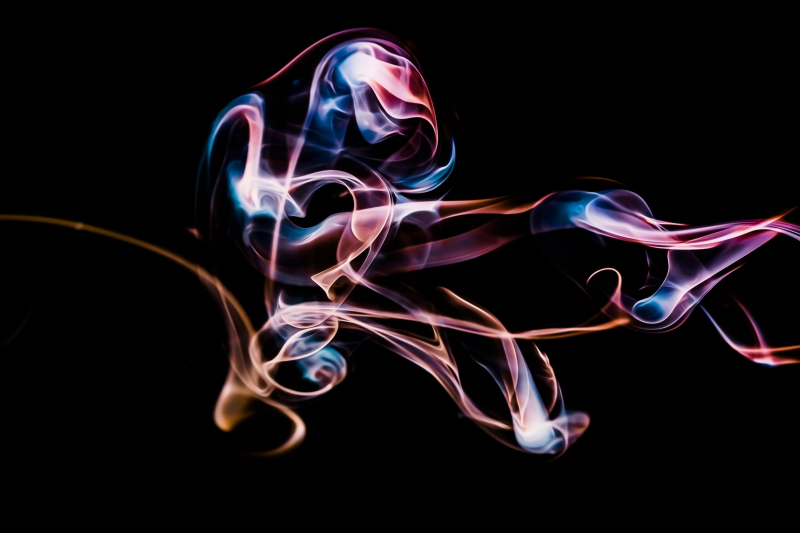 Like many events of 2020, the EverArt Weekend festival took place online. Over the course of three days, its guests attended discussions, artists’ performances, and exhibitions of the newest works. The three-day event’s key topic was “Art From a Distance.” Viewers and participants were asked to consider the relationship between art and AI – and whether computer screens or VR headsets could ever replace actual galleries and seeing art “in the flesh.”

What is Art & Science?

Today, Art & Science is one of the key fields of contemporary art. Every day, we hear more and more about neural network-made paintings, music based on the lifecycles of single-cell organisms, or robotic installations. New technologies, lighting tech, and computer algorithms are becoming integral parts of modern art. But not everything made by a robot can be considered art. Aliya Sakhariyeva, the head of Art & Science Center, discussed what defines science- and tech-based art and in which ways it manifests itself.

“It’s important to remember that Art & Science is not about showing off “technological wonders” or demonstrating how well a robot arm can draw a human face; there must be a concept, an intellectual, spiritual, sensual element – content,” says Aliya Sakhariyeva. “All this brings us to the question of what can be considered a work of art. It’s always interesting to look at projects where technologies aren’t the focal point, but simply a part of the artist’s intent.”

One such example is the robotic installation Can’t Help Myself by the Chinese artists Sun Yuan and Peng Yu, which was shown at the 2019 Venice Biennale. The artists used an industrial robot, equipped with visual recognition sensors, and collaborated with robotics specialists to program it with a set of 32 different movements.

The robot, which is placed behind transparent walls, has one task: to contain a viscous, crimson red liquid within a specific area. Whenever the sensors detect that the liquid has oozed beyond the area’s borders, the manipulator arm brings it back, leaving spots and splashes on the floor and walls.

Anyone observing the machine’s unending task would feel as if it has gained consciousness and resembles a life form trapped within an enclosed space.

Artists Sun Yuan and Peng Yu are known to infuse their works with dark humor. This infinite, repeating dance, akin to the labors of Sisyphus, makes us consider the relationship between humanity and machines, as well as the use of technologies by totalitarian states, such as when enacting migration policies.

Several branches of science or technological art can be identified. First, there are artists who use neural networks and algorithms to create a new piece based on the works of the artists of old, for example the arts-collective Obvious, whose painting Edmond de Belamy, made using a generative adversarial network, was sold at a Christie's auction for $432,500 in 2018.

The portrait, printed on canvas, set into a gilded frame, and signed with a mathematical formula, is part of a series titled La Famille de Belamy. All 15 pieces in the series were created using generative adversarial network algorithms, which are essentially based on the competition between two neural networks – a generator and a discriminator.

The generator networks analyzed portraits written by European artists in the 14th-20th centuries and used that data to generate new images. The discriminator network, in its turn, attempted to discern between images made by humans and those created by the generator. The project’s goal was to fool the discriminator into identifying an artificial image for an actual painting.

The use of algorithms helps reconsider our cultural heritage from a new point of view and create artworks at the intersection of the new and the existing. With this approach, artists hope to offer a fresh perspective on the art of different eras and cultures.

In robotic art, robots and robotics devices serve as tools to carry out the artists’ ideas. These works help explore the relationship between humans and robots as well as the new roles they gain when interacting with each other.

With Louis-Philippe Demers’ Blind Robot, the artist’s intention was to turn a robot from a precise, rigid, and controlling instrument into a fragile, sensitive, and emotionally vulnerable agent. Demers believed that its social role would strengthen the establishment of an emotional connection between a human and a robot. All this makes Blind Robot an artistic and critical study of scientific advances in social robotics.

Other artists experiment with microorganisms, plants, and animals, analysing them to create music or images. Nevertheless, notes Aliya Sakhariyeva, any attempt at classification is arbitrary, as all science art projects are transdisciplinary by nature.

“As for the tools used by artists, we can highlight several scenes such as bioart or robotic art, or AI art, but such limitations are nominal. Contemporary artists don’t say that they work in Art & Science; they call themselves interdisciplinary artists who work with various media,” she explains.

In conclusion, Aliya Sakhariyeva noted that anyone interested in learning more about Art & Science and creating such works should not hesitate to look into ITMO University’s Art & Science Master’s program.

The Master’s program was also represented at the festival by members of the up-and-coming art group BIOROBOTY 019 – Marta Mikhailova, Svetlana Sidorova, Victoria Romanova, and Alyona Korolyova. The students shared their experience and explained how they create their projects.

“There are three main stages to creating any art object: its conception and development based on a chosen topic; then, its physical implementation; and, finally, its presentation to the public and its documentation. The conception actually takes the least amount of time, even though it is the stage that young artists are most often concerned about,” says Viktoria Romanova. “It only takes us a few hours to come up with an idea, but it can take anywhere from a week to several months to bring it to life.”

A large part of their presentation focused on the works that established the group’s reputation. One of them, the project Physarum the Fortuneteller, was first exhibited at The International Media Art Festival CYFEST-12. Observers are offered to have their fortune told by a machine that combines technological advances and a mystical intelligence in the form of a Physarum polycephalum.

“We wanted to create a new fortune teller fitting of the current era at the intersection of biology and IT,” says Svetlana Sidorova. “Humanity needs answers to complicated questions. Back in the day, people would seek them out from fortune tellers and astrologists, in religion, but now science has become the chief authority. People have reacted to our work, and they were eager to interpret their predictions and find personal meanings in them. In truth, the project didn’t involve any complex algorithms, artificial intelligence, or even the slime mold (Physarum polycephalum) itself. A text generator created random messages, the personalization was an illusion, and the fortune teller itself an ironic speculation; a play on the science-mania and the naive faith in miracles that coexist contradictorily within many of us.”

Right now, the artists are working on a project centered around rare plants that grow at the Chudo-Polyana (Wonder Meadow) natural landmark in Gatchina, near St. Petersburg.

“The project Chudo-Polyana 2.0 is based on a real place located some 20 minutes away from the city center,” explains Alyona Korolyova. “It’s an interactive installation that consists of five platforms with rare plants brought from Gatchina during expeditions. At the exhibitions, visitors will be able to freely interact with the plants: touch them, sit next to them, and study them. Motion sensors and audio recordings will help establish and modify the general atmosphere around the object. These days, we often travel to Chudo-Polyana with Anton Schegolev, a sound designer, to study and record its soundscape.”

She also adds that Chudo-Polyana 2.0 is a highly collaborative project that highlights the topic of extension through coexistence with rare plants; its aim is to show that they are not some rarely-seen “unicorns”, but our close neighbors.

New technologies for the new world

ITMO University’s program at the festival culminated with the roundtable discussion on the topic “Artificial Intelligence: New Forms of Interaction.” Its participants discussed the role of artificial intelligence in human life today, in a time of global isolation, and its future prospects.

“We are dealing with the fact that artificial intelligence controls a large part of our lives, our movements, our security measures,” says Dmitri Ozerkov, the discussion’s moderator and the head of the State Hermitage Museum’s Department of Contemporary Art. “This global quarantine with its new norms of social distancing has moved everything online. We’re sitting here together, but everyone is in different places, which is completely irrelevant since we’re all in one session. And who’s to say how many more of these sessions we’ll have and how long they’ll last for each of us. All this has erased the lines between private and public, physical and virtual; we explore each other’s homes, each other’s moods, and we learn a lot from the private part of the public dimension.”

This new experience will remain forever with those who lived through it, say the participants of the talk. To artists, it is a push towards exploring the virtual space and understanding how it works and what is humanity's place in it.

“What are the specifics of the online world and how can it be perceived by artists? As an architect, I see it as something site-specific – a space that is not identical to the physical world to which we are accustomed. The laws of gravity don’t work here and neither does visual or sensory perception. I believe it is important that artists are able to see it through a different lens and recognize its specifics. Neural networks are what allows us to live online and now, when all everyday activities have moved online, it would be interesting to see something new in this field,” notes Artur Konstantinov, an independent Art & Science curator.

At the same time, more and more questions are raised about the implications of the propagation of artificial intelligence for humanity – how it affects people and whether those effects are always positive. Many artists seek out answers and try to define the role of AI in our lives.

“We want to show people that artificial intelligence is not only an opportunity, but a challenge, too,” says Hugo Caselles-Dupré, a member of the arts-collective Obvious. “Practically everything in our homes uses AI in one way or another. When you google something, it’s there to help. Today’s humans surround themselves with devices that employ artificial intelligence, and we believe that is the reason why it’s important to discuss the possible consequences.”

The international contemporary art festival EverArt Weekend took place on July 3-5. Its organizing team’s mission is to make art open and accessible to all.

The festival consisted of over 50 events including exhibitions, exclusive presentations, performances, and online discussions. The festival was organized by the Everal art agency.