With the upcoming week-long lockdown and Halloween rolled into one, there’s nothing better than spending this weekend setting off on a chilling journey to the world of jump-out-of-your-skin drama and downright fear. But only if you dare… 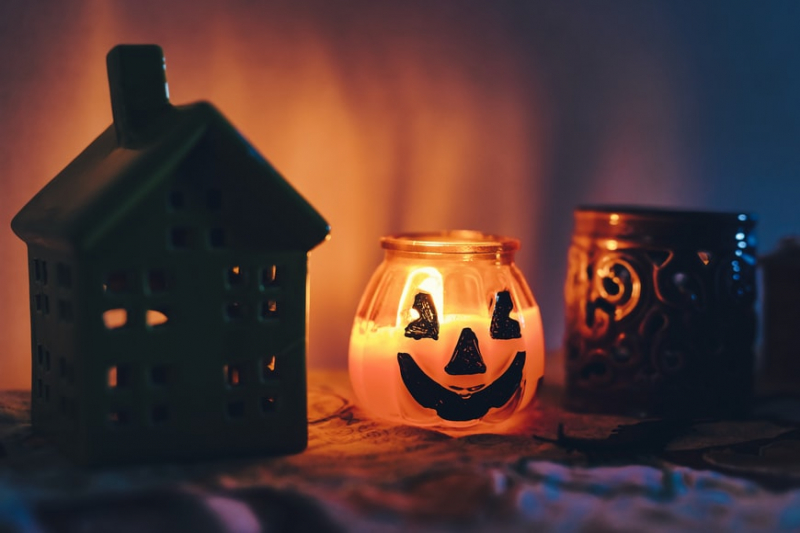 There’re horror movies, and then there’s The Dead Don’t Die – a perfect fit for all those who are not so into being frightened but wouldn’t mind some dark comedy and ghastly zombies. The dead rise from their graves… you may think, again, really? Yet this isn't just another zombie movie, it's a chill story about the end of the world with an offbeat take on the genre: heavy on cynicism and jokes and low on scary parts. Almost two hours of Bill Murray and Adam Driver making witty exchanges and casually battling the creatures wreaking havoc on the small town of Centerville.

Following the lead of the first movie, What We Do in the Shadows also offers a refreshing take on the genre – this time by letting vampires take the stage. With its quirky humor and rather eccentric characters, this is a brilliant vampire movie if you don’t like vampire movies and find it irritating that Interview with the Vampire (1994) has no interviews with vampires. The movie takes the form of a mockumentary that captures the lives of a friend group of immortals in New Zealand trying to get by here and now. See for yourself how they manage to do mundane things like paying bills or having a social life.

Donnie Darko has all the ingredients for a great Halloween movie. This is a mind-bending story, a psychopathic teenager and a nightmarish rabbit that keeps following and manipulating the main character into things he doesn’t want to do, an intense atmosphere, and unexpected twists and turns. It might not be full of jump scare and gore but it’s called a classic for a reason – it will leave you uncomfortable and bewildered.

We know you’ve waited – and heeeeere’s The Shining! You’ve probably seen it a million times and ‘tis the season to watch it for the million and first. The probably most classic horror movie of all time simply can’t get old: take this time to (re)discover the tale of a writer with a history of alcoholism, who decided to take on a winter caretaker position at the Overlook Hotel, remote and haunted, in hopes to overcome his writer’s block.

Or give Doctor Sleep a shot if you want to see the rest of the story! Standing toe-to-toe with the original movie (creepy children included), the movie brings everything full circle: the son of the main character is back to the infamous hotel after 40 years.

Get Out is an award-winning movie with an out-of-the-box storyline that blends a thrilling horror with biting social satire. The movie portrays a young African-American man who goes on a weekend getaway with his white girlfriend to meet her parents for the first time. Although everyone seems kind and polite, the protagonist starts to feel there is something off.

If Get Out doesn’t give you the so-needed chills, let Us from the same director do the job. The film follows the Wilsons who take a family vacation to California. Yet it's not all butterflies and gumdrops. Expecting no trouble, the family is having a great time till their vacation turns into a nightmare – they’re hunted by their own doppelgangers. Similar to the director’s debut, the movie not only offers a heart-in-the-throat-scary picture but also some food for thought.

If you’re in for some more Halloween ideas, check out our Halloween stories to learn what to watch, play, and eat on such a spooky night. Fret not, if you’re not a huge fan of horror, we have something for you, too.