Circle dances are known all over the world and Slavic countries are no exception – we call them khorovody. 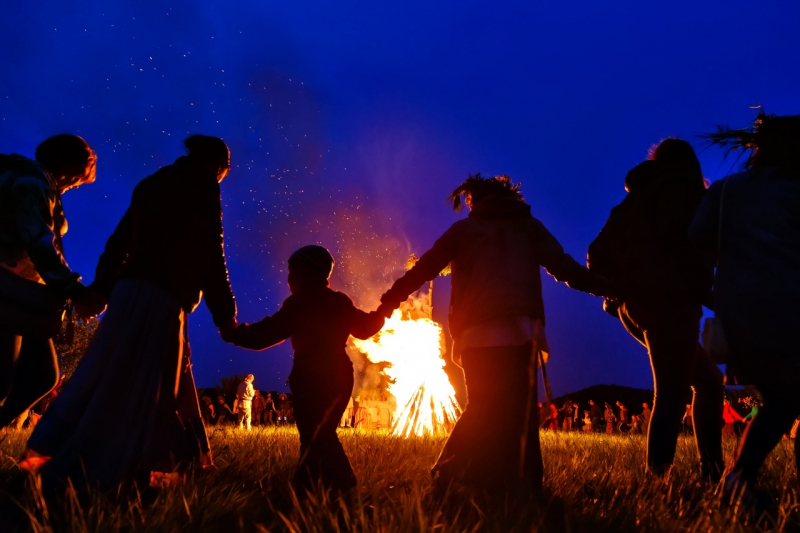 If you ask your Russian friends to name several things they associate with their national folk culture, khorovody (the plural for khorovod) will most likely make it to the top five. The basic concept of this dance is simple: people hold hands to form a circle and then start to move either clockwise or counterclockwise. However, there’s much more to it – both in terms of variations and symbolism.

Etymologically, khovorod most likely derives from either khor (“choir”) or kolo (“circle” in Protoslavic) and vodit’ (“to lead”). This ceremonial dance had many functions – from religious (praising Yarilo, the solar deity) to social ones (as it allowed young people to spot each other in the crowd). Khorovody, at the same time, symbolize the cyclicality of nature and represent the unity of people.

Dozens, if not hundreds of people could join in this dance. They didn’t just go round and round – there were plenty of patterns (“eight,” “gates,” “roundabout,” etc.), and coming up with them was the job of khorovodnitsa, a girl who led all the participants.

Khorovody weren’t danced in silence: people could also sing or do little performances in the middle of the circle by impersonating a person or an animal, depending on the theme.

Features of this dance also varied from region to region: in general, the northern khorovod tradition is more calm and less expressive than the southern one. Plus, there were seasonal differences. For example, in spring, khorovody were meant to welcome warmth and ask for a plentiful harvest this year, while in summer they were sometimes conducted to summon rain.

You can check out the mesmerizing stage version of Beryozka (“Birch”), one of khorovod dances, here. However, I feel like khorovody are meant to be performed outside – like so.