As of yesterday, you can find ITMO University’s official English social media pages under the new @itmo_uni handle, including VK, Twitter, and Telegram. But how did this name come to be and what does it actually stand for? 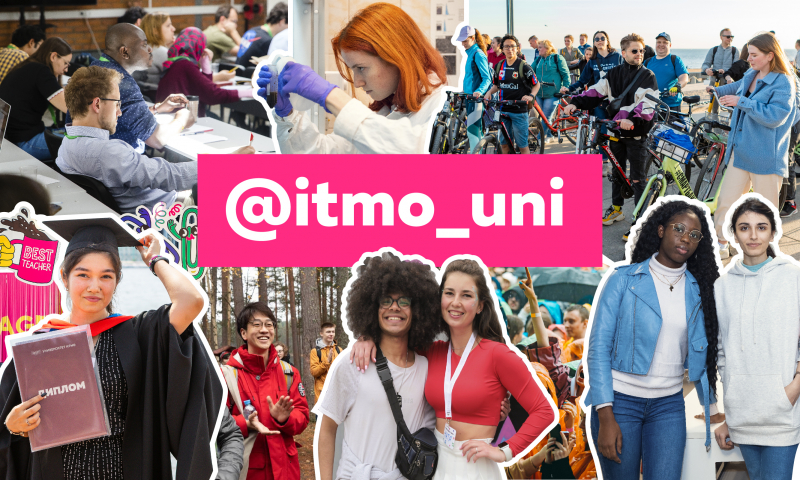 Name changes are always confusing, so we thought we’d take this opportunity to find out where ITMO came from and whether you’ve been misspelling it as “IFMO” for the past few years.

When it was founded back in 1900, the Mechanics, Optics and Watchmaking Department at the Prince Nicholas Vocational School was the Russian Empire’s only institution in its field. In 1933, it evolved into the Leningrad Institute of Fine Mechanics and Optics, also known as LIFMO. In Russian, however, it was called Leningradskiy Institut Tochnoi Mekhaniki i Optiki [Ленинградский институт точной механики и оптики] or LITMO [ЛИТМО].

In Soviet times, LITMO was a well-known acronym. So much so that the 1989 John le Carré spy novel The Russia House, as well as its 1990 film adaptation, which stars Sean Connery as a British spy and Michelle Pfeiffer as his Russian love interest, actually features a scene in which Pfeiffer’s character name-drops LITMO, both as an acronym and in full, while listing the academic accomplishments of a well-educated and enigmatic Soviet scientist.

In 1992, after Leningrad became St. Petersburg again, the institute, as it was known then, changed its name from LITMO to Saint Petersburg Institute of Fine Mechanics and Optics. And so it is no surprise that with the rise of the internet, back in the 90s, the university took the domain name ifmo.ru. Later, presumably to match, the social media pages that were created followed suit with @spbifmo chosen as the preferred handle, not too dissimilar to the acronym of the university’s new name.

Despite this justification, the institute actually had several name changes before websites and social media became the norm. In 1994, it gained the status of a university and took on the title of Saint Petersburg University of Fine Mechanics and Optics, essentially dropping the “I” entirely; then, in 2003, as programming became a strength of the university, it took the name of Saint Petersburg State University of Information Technologies, Mechanics and Optics. This name was ideal because the acronym “ITMO” would now remain the same in both Russian and English.

By 2014, the English name “ITMO University” became commonplace and was often used to refer to the university in English publications. At the time, ITMO still stood for “Information Technologies, Mechanics and Optics” and the official English name was still much longer.

But with ITMO’s portfolio widening, did it really make sense to have a name that only refers to three main fields of study? In March 2018, ITMO finally got the rights to the itmo.ru domain name and in October 2019 changed its official English-language name to ITMO University – or simply ITMO. Now, the name doesn’t stand for anything specific. Instead, it represents a brand deeply rooted in historic traditions.

So, how do you pronounce it? You don’t spell out the letters I-T-M-O, you just take the two syllables IT-MO, and you’re good.

Join us on VK, Twitter, and Telegram in English, and @itmoru (VK, Telegram) for ITMO’s social media in Russian (great for boosting your proficiency!).