October always starts on a high note for millennials, with three memorable days – International Podcast Day on September 30, International Coffee Day on October 1, and  Mean Girls Day on October 3 – arguably forming the Holy Trinity of the Gen Y autumn calendar. So come sit with us with a hot cup of java and let’s pay our reverent homages to this wonderful time of the year with our five favorite pods of late! 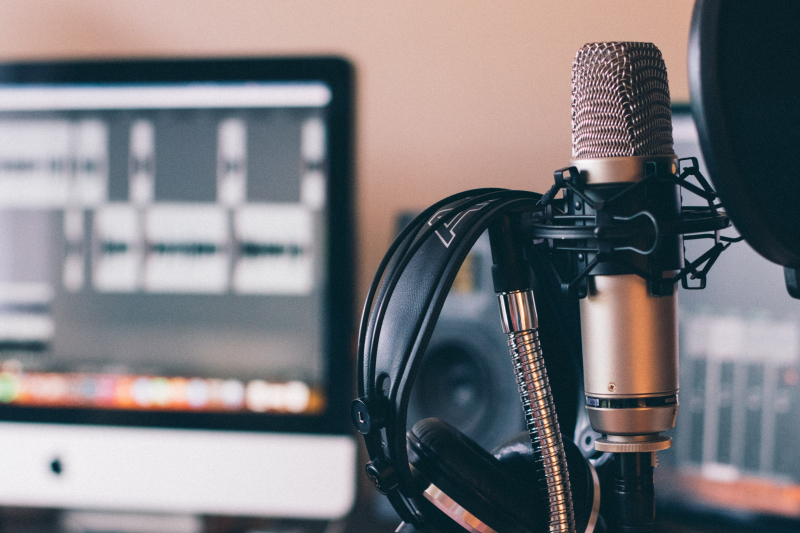 All hail the comedy whizzes: James Acaster and Ed Gamble of Off Menu. Credit: offmenupodcast.co.uk

Off Menu with Ed Gamble and James Acaster

People keep drilling on and on that perfection is unattainable, but they really need to do their research better. Take two brilliant comedians (Ed Gamble and James Acaster, our unbridled adoration of whom goes way back), plus the topic of food, aka the best thing about life, plus wonderful, witty guests, and boom, you’re there. You’ve reached perfection and Venus de Milo’s got nothing on you. In fact, she may as well vamoose from her pedestal leaving it for Off Menu and its genius papas, because nothing will ever compare to this one+ hour weekly listening bliss. Especially if you time it to your breakfast or something – ooh yes.

Where to start: Every episode is equally as glorious which we hope that panegyric of ours has made clear, but maybe go for this one with Fleabag’s amazing Sian Clifford because it’s not too crazy and probably won’t scare less comedy-exposed listeners away. We also love that one with Aisling Bea, that one with Victoria Coren Mitchell, that one with Phil Wang, that one with Catherine Bohart… Shutting up now but you get the gist, the podcast is flawless. Like Beyoncé. It’s the Beyoncé of all podcasts and you’ve heard it here first.

When it comes down to it, it’s always about food, isn’t it? Yes, let’s be honest, it really is, especially now, when the only relief from the autumnal blues is a bunch of sticky caramelized cinnamon buns with a luscious cinnamon filling and tick cream icing, and… you got it. Food is good, but the authors of the Deliciously Ella podcast, Ella and Matthew Mills, can tell you about a whole lot of things that are good, too, like meditation, mindfulness, body acceptance, physical and mental health, and well-being. We think that there’s no better time to start listening to it than autumn, as this is exactly when we all need to take some extra care of ourselves (at least, not to indulge into the gooey paradise of cinnamon buns and the like).

Where to start: All the episodes are really exciting and empowering, but our personal favorites include the one about sleep with sleep expert Matthew Walker, and the one about happiness as a choice with meditation teacher Gelong Thubten.

You’re Dead to Me

History buff? Come hither. Comedy enthusiast? Get your podcast app of choice at the ready. Someone in between? Rejoice, for BBC Radio 4’s You’re Dead to Me is everything we the happy band of brothers (and sisters!) could have wished for and more. Every Friday, the perspicacious host, historian Greg Jenner, presides over a grand battle of wits over a specific historical topic or personality, with an invited academic luminary in one corner of the ring and a no less illustrious comedian in the other. As diverting as it is interesting and informative, You’re Dead to Me makes for a great listen regardless of whether you’re in the throes of a Monday-morning commute to work or relaxing at home with a cuppa; and that’s a sign of a top-notch podcast as far as we’re concerned.

Where to start: That would depend on your historical preferences, but we propose you try their Joan of Arc episode out because the (aforementioned) comedian featured, Catherine Bohart, is wonderful and La Pucelle was not too boring a person in her own right.

This podcast offering hasn’t started yet, airing only on October 16, but it has all signs of being a real treat. If the name doesn’t give it away, Office Ladies is a brainchild of two of the best human beings on the planet discussing hands down the greatest TV show on the planet: Jenna Fischer and Angela Kinsey, and The Office, respectively. The fabulous duo will look back on their good old days on the set and spill the behind-the-scenes secrets of every episode. Every single episode! 2019 has been a dark year for The Office fans so far, what with the heartbreaking news of the show’s imminent departure from Netflix, but things are starting to look up a bit. A tiny, little bit. (When’s the reunion/Office 2.0 series coming, though?! When? Truly the world is a cruel place.)

Where to start: We’re so glad you asked. Episode one, presumably? Having rewatched the whole of The Office beforehand, obviously, to get back to square one with your memory refreshed and obsession rekindled. Or, if you’re less extreme, watching each episode at a time as the podcast progresses. Or both. Possibilities are endless and the world can wait.

Last but certainly not least, we have a timeless classic that is BBC Discovery, which, despite its veteran status, still manages to keep its appeal, exploring topics old and new and never shying away from anything difficult, peculiar, outlandish or puzzling. A treasure trove full of mind-boggling facts, fascinating stories and spectacular wonders each tackling different aspects of how the planet, nature, society and humans themselves work, this weekly podcast is a fun and stimulating listen, giving you lots of food for thought and never sending you to sleep from boredom at the same time.

Where to start: This is a tricky question as there is so much material to choose from, so maybe resorting to the tried-and-true scientific guess approach (just closing your eyes and pointing at a random episode) would be the least overwhelming option. Here’s one of our first choices: The Power of Cute. You’ll never look at your perception of the world in the same way again, and the feeling advances with each installment. For that is the beauty of BBC Discovery!