The awards season has come and gone, delivering some great surprises and hideous snubs alike, but the film industry never slumbers. Luckily, helping us make sense of it all are a trusty troop of film podcasts – here are some of our favorites! 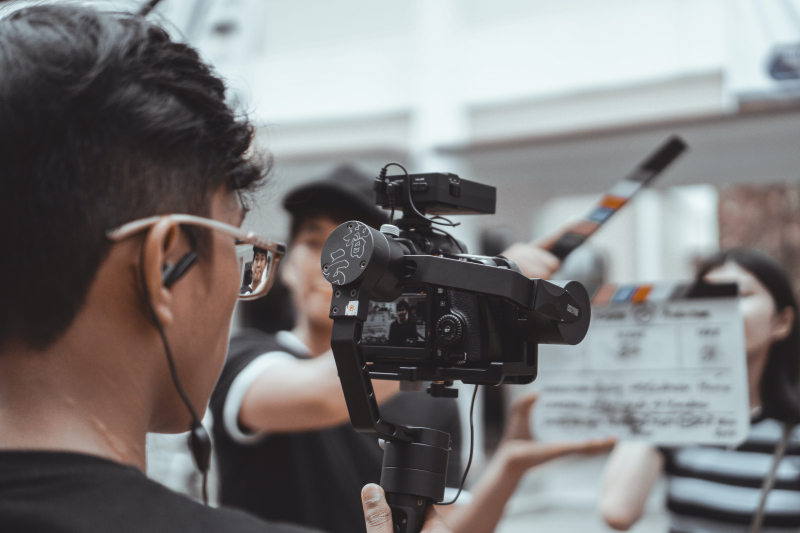 The fantastic On Writing podcast by the Writers Guild of America, East shines a spotlight on the sometimes oh-so-underrated craft of writing for the screen – and the individual voices that propel it. Peppered by interesting tidbits and fascinating insights, it’s perfect whenever you’re an all-out screenwriting aficionado, an avid cinephile or an honest movie goer wanting to gain a better understanding of that one film and its auteur.

To start with: Greta Gerwig’s episode. Because as far as we’re concerned, it’s Greta Gerwig or bust.

In Five Things, eminent journalist and W Magazine’s editor-at-large Lynn Hirschberg (who’s also W’s interviewer extraordinaire in the spellbinding Screen Test series – do check them out if you haven’t yet!) sits down with Tinseltown’s best-of to find out about the five things that made them who they are. Some lovely at the very best, interesting at the very least conversations ensue.

To start with: Saoirse Ronan? Awkwafina? Greta Gerwig (obligatory) and Noah Baumbach? Margot Robbie? You decide how to deal with this embarrassment of riches, because we can’t.

A Directors Guild of America’s production, The Director’s Cut brings together luminary directors who interview each other about their film creations. After all, who can understand the exacting but riveting work of bringing stories to life better than another filmmaker – and from this understanding stems the ability to ask the right questions, and give us outsiders a meaningful glimpse into the intricacy and intrigue of the industry’s behind-the-scenes.

To start with: Whatever your film or director preferences, The Director’s Cut seems to have featured them all – so just open their Soundcloud page and listen to your heart’s content (we have to plug the Little Women episode with Greta Gerwig and Rian Johnson and the Knives Out episode with Rian Johnson and Denis Villeneuve of course, as the stan protocol demands).

You Must Remember This

Want to learn more about Hollywood’s dazzling history? Look no further than You Must Remember This, a podcast The New York Times lauded as “rigorously researched and hypnotically delivered”. Created, written, produced and narrated by the powerhouse that is Los Angeles-based film critic, author, and journalist Karina Longworth, it explores the secrets, scandals, and forgotten histories of the American film industry’s days gone by.

To start with: Charles Manson’s Hollywood, Part 1: What We Talk About When We Talk About The Manson Murders per popular recommendation, but we’ll just say that every single episode is unputdownable (err, unpausable? you get the drift).

How Did This Get Made

One of our film hot-takes is that there’s no such thing as a simply “bad movie”. There are boring-bad movies; ugly-bad movies; infuriatingly bad movies; you-had-one-job bad movies; bad movies that are an offense to your logical faculties; bad movies that are candy-wrapper pretty but have no actual substance to their name; bad movies that are so utterly, pointlessly, dishearteningly bad that you end up scribbling heated complaints to the film studio – the shades of cinematic bad are delightfully many and varied. But there is a rare category of films that are so bad it’s actually impressive, their flopperoo status carving them their own place in history. It is these movies that are deconstructed and marvelled at in How Did This Get Made, a podcast by Paul Scheer, June Diane Raphael and Jason Mantzoukas. A roast battle for movies – we love to hear it.

To start with: The one bummer is that to listen to the episodes older than six months, you have to get a subscription, though you can try their YouTube channel if you’re looking for a particular cringe-inducing chef-d’oeuvre. But you can always tune in each week to get a fresh fix of good ol’ schadenfreude, for example, the 1996 Adventures of Pinocchio.