Well the weather outside is frightful – so why don’t you seek solace in a cozy cinema theater, or, blessed be the streaming services, your home instead? Here’s our specially curated selection of the latest, or up-and-coming, movie and TV releases to help you decide what to watch this holiday season. (PS: and here is our last year’s Christmassy films best-of should you feel you wanna get the festive movie party going!) 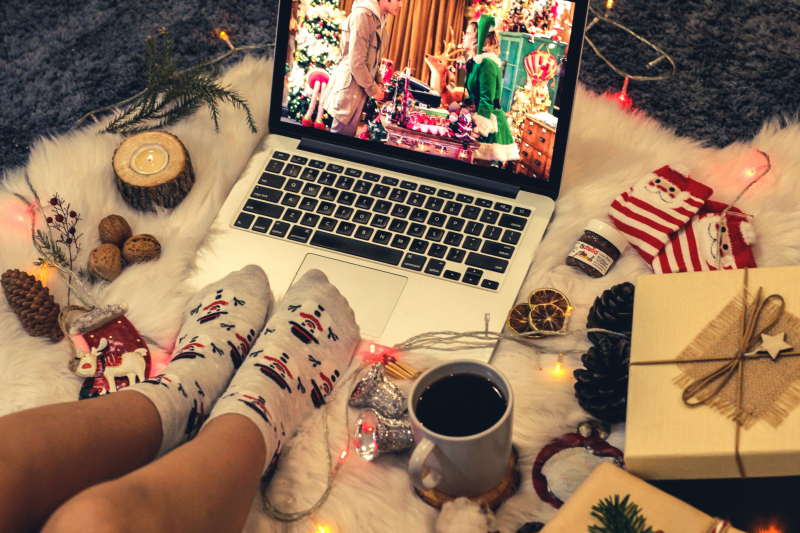 It had movie pundits dripping in radioactive drivel – but the audiences didn’t keep their distance and the film still caught their eye, resulting in a 47% to 81% critics vs. the audience score on Rotten Tomatoes and a good ol’ spat among the internet commentariat. Based on the eponymous song by Wham!, the film follows Kate (Emilia Clarke), a frustrated Londoner slaving away as an elf in a year-round Christmas shop. Plagued by a never-ending succession of screw-ups and let-downs, one day she meets a mysterious stranger (Henry Golding) apparently intent on turning things around for her, and a Love Actually-esque sapfest ensues. Will you love it or loathe it? Here’s the screening schedule to help you resolve this question once and for all.

Star Wars: The Rise of Skywalker

Airing on December 20, Star Wars: The Rise of Skywalker has been promised by the returning director-in-chief J. J. Abrams to glue the warring fandom back together, giving the much-loved Skywalker saga an epic finale. Set a year after the volatile events of The Last Jedi (dissected by us here), the story is otherwise shrouded in mystery, with some of the biggest giveaways being the return of Ian McDiarmid as Emperor Palpatine and Billy Dee Williams as Lando Calrissian, and that both the goodies and the baddies are rumored to be looking for something. The stakes, though, have never been as high, revolving around the pivotal questions of who will prevail in the galaxy far, far away, and what – if anything – will come after.

Directed by Greta Gerwig and starring Saoirse Ronan, Florence Pugh, Laura Dern, Timothée Chalamet and Meryl Streep among others, the new adaptation of the mother of all coming-of-age novels promises to be a good ‘un, and according to the generality of critics, it really is. The film follows the oft-told story of the March sisters in the 1860s New England, unlike the latter’s past renditions communicating it in a series of flashbacks between the young women’s past and present and celebrating their individuality in a modern, interesting, sweet but not syrupy way. A definite must-see, starting from December 25.

You know you love Penn Badgley as both Gossip Girl’s shy and charming nerd Dan Humphrey and his slightly grown-up and way less glamorous version from American psychological thriller You (which we have already praised here) – clever and soft-spoken bookstore clerk Joe Goldberg, who falls for his customer Beck, “a top-notch blonde with daddy issues”. The bad news about this seemingly happy-ever-after reunion of poor Dan and spectacular Serena van der Woodsen is that it turned out to be not so happy after all (it’s not even a spoiler, is it?). However, the good news is that if Joe had behaved and proven himself a knight in shining armor, we wouldn’t be now waiting with bated breath for the second season of this eerie stalker drama, which is officially set for December 26, bringing new twists and characters together with some lovely oldies who (lil’ spoiler alert) survived season 1.

Netflix’s Sex Education, a refreshingly witty, honest and heartwarming British teen comedy-drama is returning for its second season and is set to kick off on January 17, 2020. Revolving around the day-to-day lives of high-schoolers living in a small British town and trying to navigate sex and relationships, Sex Education features astonishingly realistic and relatable characters and offers a lot of themes to chew on, and this is what made it a massive hit right from the word go. If you haven’t given it a chance yet, you still have over a month before the premiere of the second season, so grab your chance!