Self-isolation got you yawning? From music, sci-fi and comedy to history and art, here are some tip-top podcasts serving some essential mental nourishment! 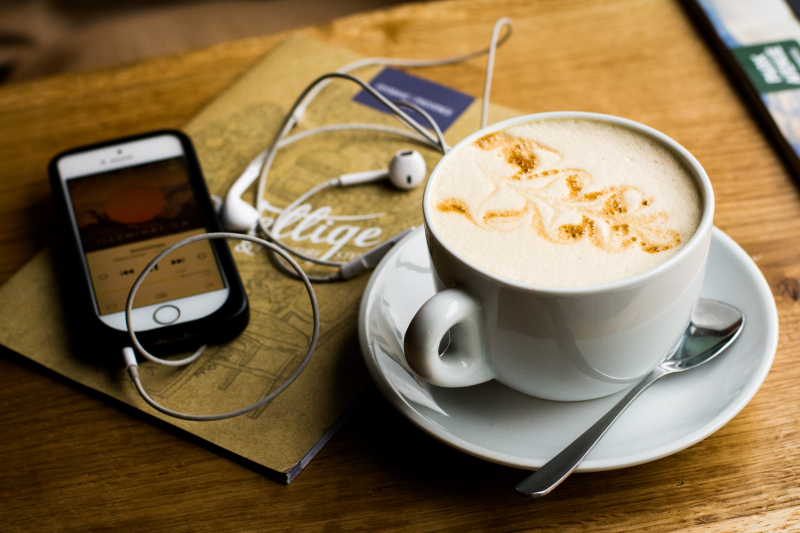 In You’re Wrong About, hosts Sarah Marshall and Michael Hobbes – both great journalists, which adds a piercing quality to their examinations – unpack an event or person that’s been miscast in the public imagination. And as the public imagination is prone to miscasting lots of stuff, the topics covered are many and varied – from scandals and crimes to historic events, pop culture elements, and public figures. The resulting podcast is witty, gripping, and mightily illuminating – an absolute must-listen.

We all have our hills to die on, our deepest convictions that we’re ready to go to battle for. For some, it’s that chunky peanut butter is better than its pathetically smooth counterpart (raises hand). For James Acaster, it’s that 2016 was the best year in music. Having experienced a major mental breakdown, the comedian dove deep into the healing power of music – emerging with tons of music discoveries, a very cool book, and now a dedicated podcast, in which James ropes in an array of great guests giving each a 2016 album to listen to and trying to convert them to his cause – and although he doesn’t always succeed, it’s a funny and engrossing listen every single time.

It’s fun, it’s chatty, it’s Canadian, eh – a three-time Canadian Comedy Award Winner for Best Podcast/Best Audio Show or Series, in fact. Going strong since 2008, Stop Podcasting Yourself (also known as SPY) is a top comedy podcast hosted by Graham Clark and Dave Shumka. Each week, the Vancouver comedians invite over a hilarious guest to discuss a hodgepodge of things, from said guest’s life journey to current affairs to random tweet breakdowns. All this results in SPY combining a sense of a perfect getaway with biting topicality, and listeners hoping that the hosts will never stop, err, podcasting themselves.

Strap in for a sci-fi and fantasy galore with this bi-weekly gem of a podcast, in which host Eric Molinsky talks with novelists, screenwriters, comic book artists, filmmakers, and game designers about the craft of creating fictional worlds. Each episode dissects one popular trope – from time travel and curses to solarpunk, apocalypses and portrayals of the afterlife – exploring the intersection of creator and fan experiences to uncover the hows and whats making us tick. Unmissable if you harbor even the slightest interest in the genres!

Written, produced, and hosted by Jennifer Dasal, a contemporary arts curator with nearly twenty years of art-historical studies and experience, the ArtCurious Podcast puts the  limelight on the unexpected, slightly odd, and strangely wonderful in art history. With ArtCurious, Jennifer wanted to bring art history to a broad audience of art aficionados and art novices alike – veering away from boring college lectures to the land of interesting tidbits and personal stories, or, in her words, “the juicy stuff”. And in this she very much succeeds: each episode is lively, unputdownable and highly informative.