What’s a better way to fight the frost than a giant bowl of steaming-hot ramen? Here’re some of the best Asian cuisine places that are a non-freezing distance away from campus. 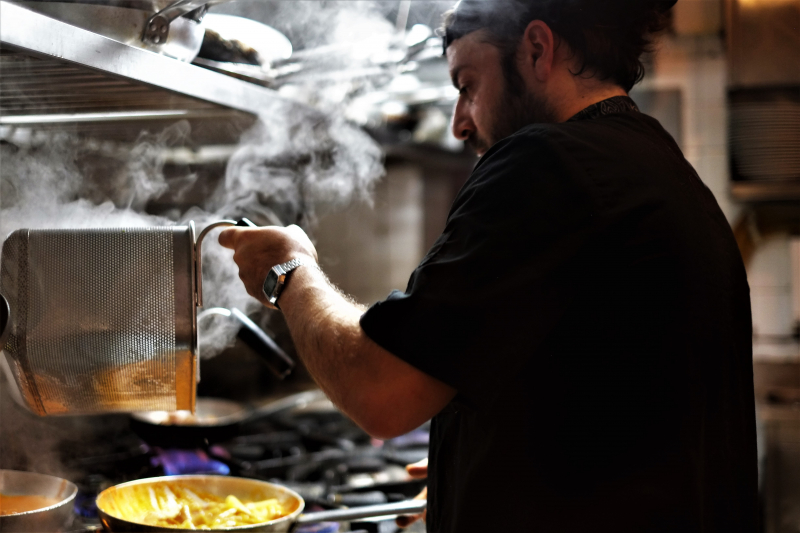 If you ever find yourself craving Japanese specialties, Mashita has got you covered: apart from several types of ramen, their menu boasts traditional onigiri and gyoza (also known as pot-stickers) – a perfect combination if you ask any Japanese expert in town. Even more appealing, however, is the fact that you can reach them from both of the main ITMO campuses in under fifteen minutes, making it a perfect place for an emergency bowl of noodles.

This “ hidden gem”, as one of the visitors put it in a review on Google Maps, features Vietnamese cuisine and a friendly, welcoming atmosphere. Several types of noodles and rice, traditional spring rolls and a number of different soups all unite to delight a hungry student after a long day of classes. Lunch meal deals are a pleasant bonus for those who visit the place between midday and 4 pm.

Those having classes at Birzhevaya Line can slurp on noodles at Bo, an Asian food corner right at the heart of the recently restored Vasileostrovsky Market. Originally a Moscow-based chain, Bo is already taking St. Petersburg by storm, because its charm is simply impossible to resist. Extra-large bowls of steaming goodness here are accompanied with a wide variety of fresh fruit, because who said you cannot have lychee and mango when it’s -10 °C outside, right?

A good many Master’s students at ITMO have classes at the University’s Personal Development Center, which is seemingly far from the main usual Lomo and Kronverksky campuses. We know that it is tough to feel a stranger in a new part of the city, so here is our pick for a friendly place near that off-the-beaten-track ITMO department. Hao-chi offers a great choice of Chinese, Thai and Korean dishes, meaning that each visit to the restaurant will give you a previously unexplored taste of Asia.

Now, this place is not particularly close to any ITMO campus (it is a bit farther away from Birzhevaya than Bo), but it would be a crime not to include what is probably the best ramen in St. Petersburg in our little list. Here you will find the already standard large portions and lunch deals as well as seven types of traditional noodles to choose from, plenty of vegetarian options, and a number of delicious side dishes to have with your ramen. A specialty we absolutely have to mention is Lanzhou-style Chinese ramen. Careful: once you try it, you are bound to come back!