They say it’s about to get colder in St. Pete, with autumn claiming its throne by gloom and rain. No worries, though: with our weekly selection of top things to do in and around the city, you are bound to enjoy yourself, no matter the weather. Let’s see what the coming weekend brings us! 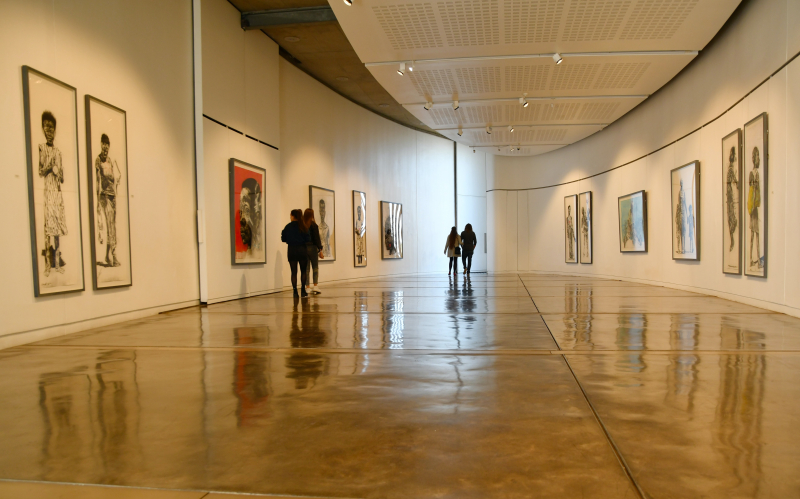 If you are no stranger to contemporary art or would like to be on more intimate terms with it, then this festival was simply made for you. Over 50 lesser-known and established museums are opening their doors and presenting peculiar one-of-a-kind exhibitions. For instance, there is Corpus Callosum, a project musing on something truly genderless and essentially human, presented at Sevkabel Port, or a soundwalk at the New Stage of the Alexandrinsky Theather. The full list of participating venues, their prices, and schedules is available here (in Russian). Don’t forget to drop by ITMO’s AIR space to visit the Grounding exhibition, if you haven’t already.

As you can see, this is a very multifaceted weekend – it has many titles, the Beat one standing for the documentary film festival annually held in St. Pete’s Avrora cinema. This year, among other things, the program features One Man and His Shoes, a story about how the Air Jordans campaign changed marketing, turning the not-so-successful Nike brand and young Michael Jordan into absolute legends. The film is claiming to give us clues on the story behind the boom and the cost it came at. Screened at 4 pm, Saturday, October 16, tickets here.

Another intriguing film on the program is Moby Doc, an autobiographical documentary about the singer-songwriter Moby. Apart from the intricate relationship between a musician and their music, the film touches upon a much broader topic of what happiness is, and maybe what it means to be human. You can follow the life of Moby at 9 pm, Saturday, October 16, and find the tickets here.

Both films are screened in English with Russian subtitles.

We’ve all heard of book clubs where all members read the same book and then discuss it, savouring their impressions. But what if there was a club for those who like to experiment with their sleep? Mixing dreams and reality, Evgeniy Gavrilov, a Novosibirsk-based artist also known as dyad, has created the Sleepers Club exhibition where visitors are invited to join such an unusual club to try and unravel its secret. A peculiar audiovisual experience and a blend of realities – that’s what we are promised to see at the gallery, and it will definitely be another opportunity to explore new media in more classical museum surroundings.

Speaking of audiovisual experiences and new media, this weekend you can also take a look at some cool exhibits at the Epicentrum 2021 festival. We mostly rely on vision in our daily lives, but what if we paid closer attention to sounds? If you haven’t yet experienced an audio exhibit at a museum, head over to Pushkinskaya-10 Art Center to discover a nocturne on water pipes, sound recordings from peculiar places, violins made from non-musical materials, and other unusual pieces.