In the late 20th century, St. Petersburg was one of the key centers of underground art, including rock music, in Russia. Here’s a list of locations related to this era – some now defunct, and others still welcoming visitors. 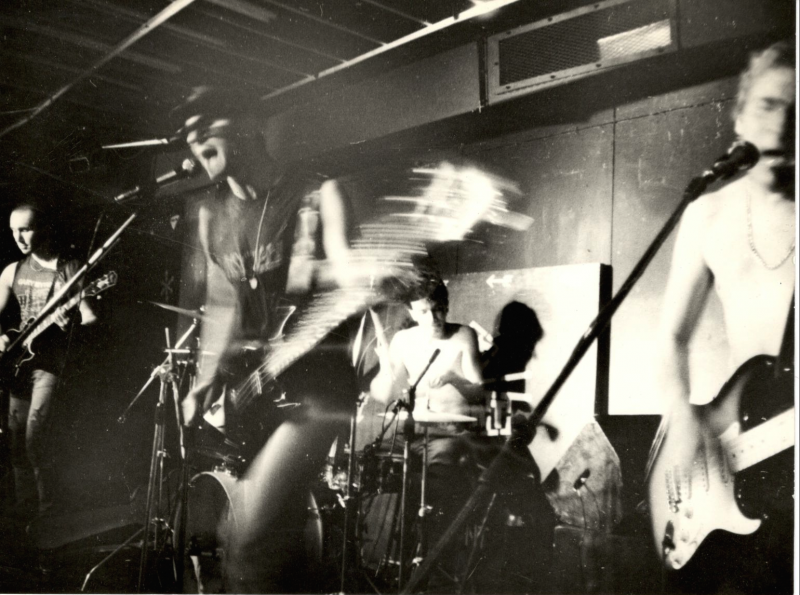 In the late years of the Soviet era, working unskilled jobs or not working at all was one of the ways to avoid supporting the government you weren’t satisfied with, and that’s why many rock musicians, such as Viktor Tsoi and Alexander Bashlachev, were employed at places like the kotelnaya (boilerhouse) Kamchatka before becoming famous. Now, this very location has been turned into a club/museum that regularly hosts concerts and related movie screenings.

If you’re looking for band merch, CDs, concert tickets, or related accessories, that’s the place to go. It’s located in the city center right across the street from the Moskovsky railway station and this year, it will celebrate its 30th anniversary, making it the oldest rock store in Russia. The range of products is quite outstanding – they offer more than 20,000 items, also available for purchase online. However, I suggest visiting it and enjoying the atmosphere in person if you’re into rock music.

Inspired by the famous CBGB, this club was a highly influential location for the Russian rock scene during the five years of the venue’s existence. Chimera, Aquarium, Korol i Shut, and countless other bands in different genres performed there. The place had a unique design, too – it was painted in peculiar ornaments by the artist Alexey Mikheev. There is also a documentary on the club’s history (in Russian) if you feel like learning more.

Founded in 1981 and no longer active (although there have been multiple attempts to bring it back to life), this venue that used to be located on Rubinstein St. 13 still isn’t forgotten by local music enthusiasts. Back in the day, classic Russian rock bands, such as Alisa and Kino started out here. Along with Kamchatka, this club is one of the locations featured in Rock (in Russian), a documentary about the Russian rock scene. It’s also thoroughly discussed in the documentary How did Russian rock gain its freedom in the 1980s? (English subtitles available).

The history of this art center goes back to 1989, when underground musicians and artists took over an abandoned building on Pushkinskaya St. 10. This community further launched a foundation and opened the Museum of Nonconformist Art. Now it’s a conglomerate of various venues – clubs, galleries, and museums, such as Fish Fabrique, Navicula Artis, and Sound Museum.