From fragrant blooms to lush vegetation, these hidden gems have everything you need to enjoy the greens and colors of summer all year round. 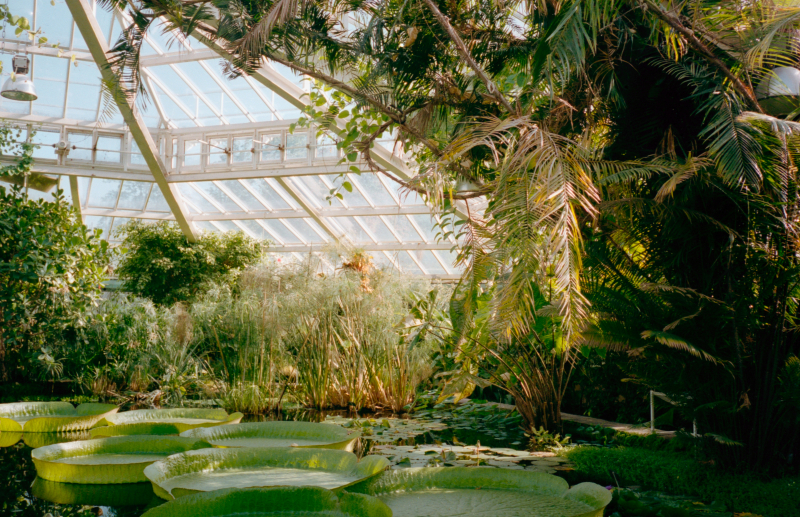 Where: Professora Popova St. 2 (near the Petrogradskaya metro station)

Nearly as old as the city itself, St. Petersburg Botanical Garden is a true treasure trove of nature for adults and children alike. Nestled between two rivers, this 17-ha haven houses multiple greenhouses, an extensive park, and a botanical museum. From Japanese cherry blossoms to a cactus that blooms once a year, the sprawling garden displays a unique collection of over 80,000 species from all over the globe that make any season shine differently. The garden boasts plenty of on-site events (festivals, workshops, lectures, etc.), as well as guided exhibitions and routes, which are a must for first-timers and not only. Subtropic, tropic, or aquatic (summer only), these routes are essentially round-the-world trips with plants and flowers of all shapes, colors, and origins.

Greenhouse of the Tauride Garden

With its indoor jungleness and full-size trees, the Greenhouse of the Tauride Garden can’t be called anything other than a petite oasis of wilderness and never-ending summer in the city’s downtown. Entering its doors, visitors find themselves in a glass-and-steel atrium abounding with gorgeous flowers, willowy palms, and other evergreen plants bathed in the shine of glimmering lights and the sounds of a trickling fountain. The venue frequently hosts exhibitions, performances, live music concerts, art workshops, and many other events – and has even appeared on Russian TV screens, including in one of the episodes of the Soviet Sherlock Holmes.

Where: University Emb. 7/9 (near the Vasileostrovskaya metro station)

Though not as well-kempt as the others on the list, the Botanical Garden of St. Petersburg State University is a secret spot hidden in the university’s inner yard on the Spit of Vasilievsky Island. As the garden belongs to St. Petersburg State University, the only way to visit it is by taking a guided tour. But once you’re in, you will get to enjoy almost two hectares of tropical and subtropical flowers, succulents, and coniferous trees, which found their home in its three greenhouses and open-air areas.