Will you be in Russia for your birthday? It will be a party like you've never done before! 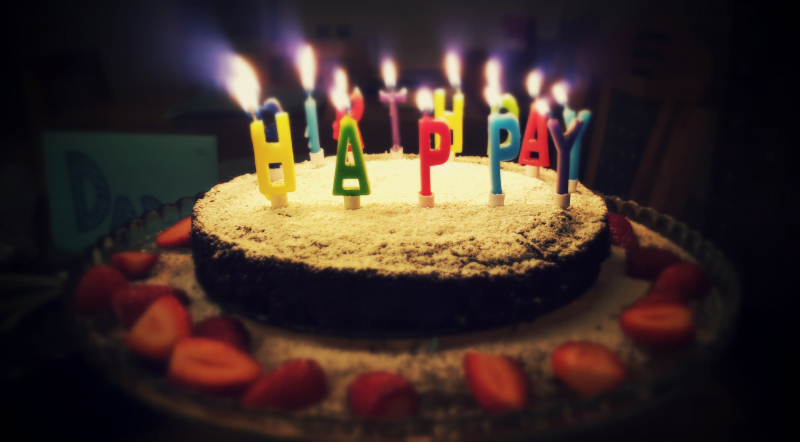 Inviting us to her birthday party, our friend Varya said: “I’m going to buy a sturgeon and try to smoke it. I’ve never done it before but wouldn’t it be a fun dish to serve?”

A Russian birthday is as much about the person who’s having it as it is about the guests and a fun, often, culinary-minded experience.

In other cultures, it may be customary to throw a surprise party and also do all the heavy lifting when it comes to cooking and organizing so all the birthday boy or girl has to do is show up and enjoy.

That’s not the Russian way. Even if you’re getting by on instant noodles, you’ll be hosting a party for all your close and not so close friends and also a second one at school or at work. Because hospitality in many ways equals friendship here.

Birthday celebrations are usually scheduled on the actual day or the weekend after it. Celebrating before is considered bad luck and isn’t done even by professors. Often people would have a party at their home, which means that guests would start arriving around 4 pm and stay as long as they can or until the last metro train leaves.

If you’re invited to a birthday, don’t expect an online wish list but it’s ok to ask what someone might like and then listen for hints. It’s all part of the game. Most people wouldn’t expect anything grand and would appreciate a thoughtful gift, including something handmade. Gifting money, especially for a specific purpose, is also appropriate. If in doubt, buy flowers and sign a card with a sweet message.

Remember the smoked sturgeon and the effort Varya was ready to put in? Food is basically why people go to birthday parties - OK, maybe not quite. It doesn’t have to be expensive but considering you never know how many people will actually show up, plentiful is always a good ideal. Unusual is great.

“I did a taco bar for my birthday,” said Jose Guerrero, a student from Mexico. “Many of my Russian friends have never tried tacos and had fun making them. Finding ingredients was a little challenging but it was fine. I even made my own salsa.”

At work or school, a cake or fun snacks are usually enough. Here the point is to do at least something, because somehow it’s your peers that will get insulted that you didn’t celebrate your own birthday…

Expect toasts in the vein of “I wish you…” and don’t start drinking until everyone clinks their glasses.

Once the candles are lit on the cake, it’s time to take a deep breath and blow them out at once to make your birthday wish come true. Maybe they’ll sing “Happy Birthday,” maybe they won’t. Maybe they’ll sing a sad song about birthdays being only once a year from a famous Soviet cartoon.

Or you can catch up on the current birthday trends with new Russian favorite Masha and the Bear: