Make on Monday, eat all week. Invite friends. Have a borscht party. Veggie-rich and hearty, borscht is a perfect winter dish you can master and impress your friends at home and in Russia 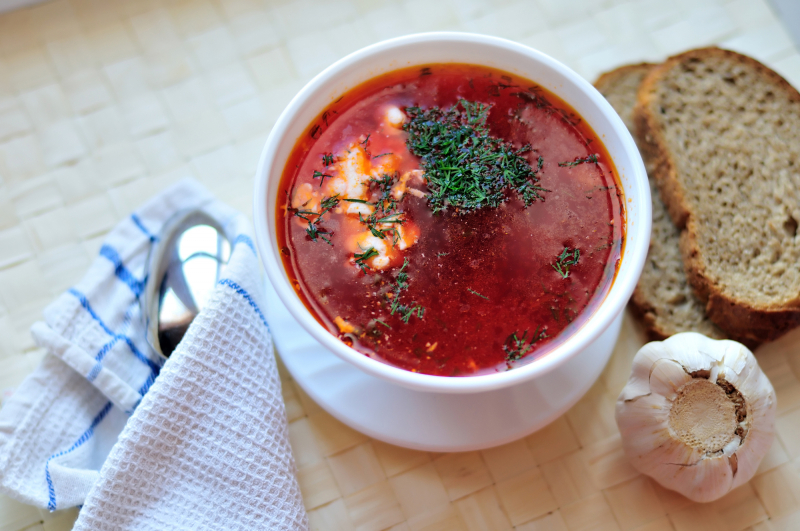 The thing about borscht – a beetroot soup with Eastern European roots – is that you can’t just make a small pot. It doesn’t work like that. It’s designed to last for a while and feeds a crowd (or just you alone over a few days) and some claim it gets better as the taste mellows overnight.

It’s not technically just a Russian staple. My borscht-making skills came from a Ukrainian friend who one day showed up in my kitchen with all the necessary ingredients and asked for my largest pot. Legend has it that the recipe actually came from what is now Ukraine and was originally made without the beets, which reached the Slavic world by the mid-16th century. The red beetroot soup as we know it is often pinned in time to the end of the 17th century and attributed to either the Don Cossacks, fearless cavalrymen serving in the Russian Army, or Zaporozhian Cossacks, serving in the Polish army.

Some make it vegetarian, using just vegetable stock. Some make it hearty enough for "a spoon to stand upright". It’s up to you, but here’s the basic recipe.

Now, when people ask you if you eat borscht all the time while you’re in Russia, you can offer them a wholehearted yes.