Try If You Dare: Five Scary (and Delicious) Russian Foods 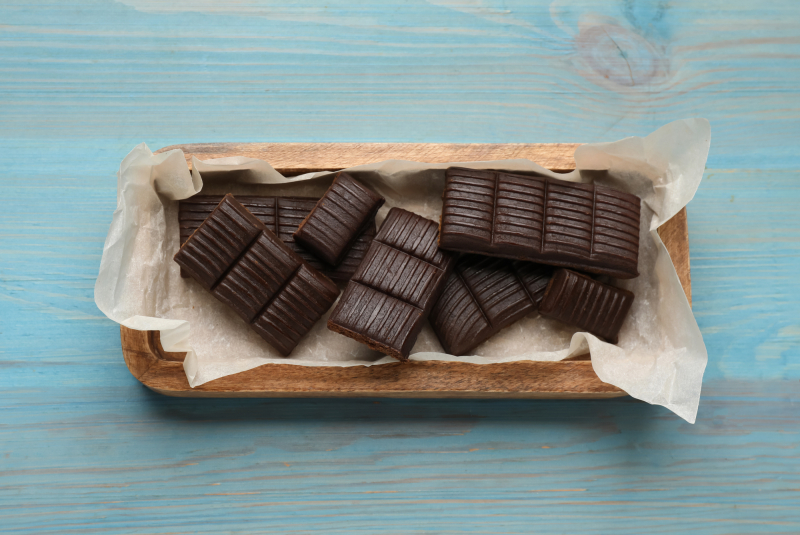 Hematogen the blood candy. It looks like a regular chocolate bar in a bright wrapper, but inside is a concoction of sugar and bovine blood. Okay, the blood part is not super evident, and I thought it was a great snack all through my childhood without every batting an eye. In the Soviet times, it was often prescribed to kids to boost their iron levels and was considered a coveted, healthy snack. Now, it’s mostly sugar. Mostly.

Kholodets. A favorite at many celebrations, this jiggly dish is, in essence, meat jelly made by boiling pig’s feet, ears and other hard-to-sell parts. After a few hours of simmering, the meat is pulled apart, covered with broth and left in the fridge overnight to solidify. Restaurants like to decorate it with a delicate carrot flower. 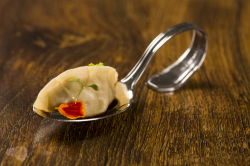 Cow’s tongue. Considered a delicacy, it’s served boiled and thinly sliced, with a dash of horseradish or mustard. It has a surprisingly delicate texture and flavor – especially if you can get past the rough skin covered with little taste buds. 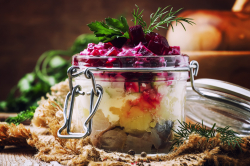 Herring under fur coat. Some might argue that brined herring covered with boiled beets isn’t exactly a delicacy and wonder why Russians seem to make this “salad” for every major holiday. That’s a matter of taste, but it’s hard to deny that its pinkish-purple appearance – when mayo meets beet juice – is perfectly freaky. 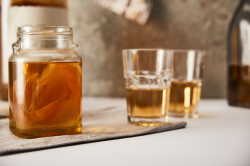 Alien-looking tea mushroom. The fact that this multi-layered, slimy blob is alive is creepy in and of itself. It likes sugary tea and transforms it into a sour-tasting liquid that many hail for its supposedly probiotic qualities. Yes, that kombucha you’re drinking is mushroom pee. Yes, it can be refreshing and a little carbonated. It’s even more refreshing to try to wash this thing and not let it slip out of your hands and down the drain. It’s a slippery bugger.