The words for colors are some of the first we learn in any new language. Simple and easy to remember, they also have connotations that you can use to spruce up your speech; although many of them are similar in most languages, knowing some of the local expressions will sure come in handy! 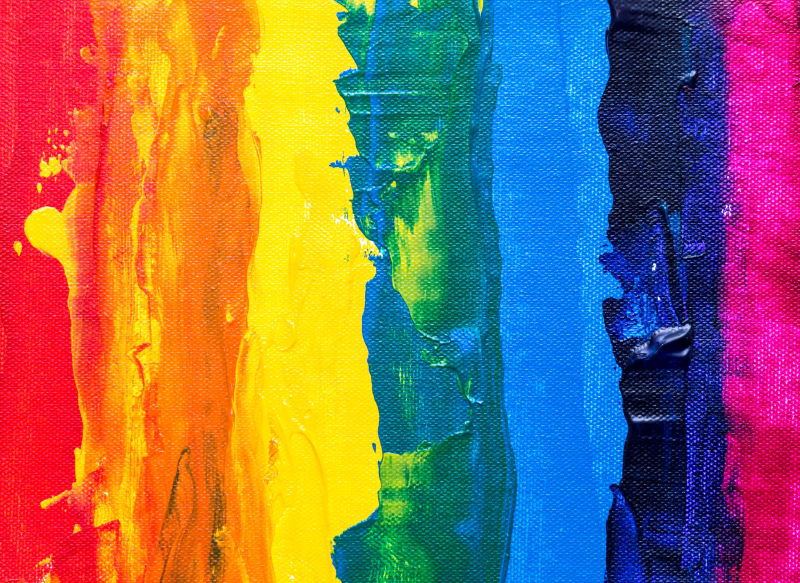 Красный (krasnyi) is the color red. In Russia and many other post-Soviet territories, you will encounter lots of krasnyi in names of places, as this color is widely associated with the communist movement. In most cities, you will find a Krasnogo somebody street (one of ITMO’s dorms, for instance, is located at the Krasnogo Tekstilschika (Red textile worker) street), and many villages have “Krasniy” streets, a name almost as popular as “Lenin Street”.

What’s more, even before the Soviet Union, the red color was associated with the Sun, beauty, and all good things in general, an association that stems from Slavic culture. Traditional festive garments would generally have a red ornament; a beautiful girl is “krasna devitsa” (red maiden) and so on. Still, do note that these are all quite old-fashioned expressions.

Синий (siniy), blue, on the other hand, has a negative connotation, and it’s not about “feeling sad” like it’s in English. In Russia, this color is associated with being drunk, and booze in general. So, don’t make the mistake of saying that you’re siniy when explaining why you are moody, disoriented, and can't do anything right! Голубой (goluboi) is light blue, associated with the sky. For one, in Russia, you say “light blue dream” (golubaya mechta) instead of “golden dream”. It's also sometimes used as a slang word for "gay" in Russian.

Зеленый (zeleniy), green, can be used to describe someone young, new and inexperienced, much as in other languages.

Фиолетовый (fioletowy), purple, can be used to describe your indifference to some subject. Remember the expression “параллельно” from our recent Science words article? Well, the adverb фиолетово (fioletowo) can be used in the same sense: “Мне фиолетово” - “I don’t care one bit”.

Желтый (jeltiy), yellow, is mostly used for the color only. Still, there are many derivatives from jeltiy that have negative meaning and are associated with inability or sickness: желторотый (jeltorotiy, yellow-mouthed, the “bad” version of being “green”), желтушный (jeltyshniy, bad yellowish, the color of someone with jaundice) and the like. Also, in the old days, mental asylums would often be painted yellow, which is why желтый дом ("yellow house") is Russian for nuthouse.

Finally, there are a few quirks associated with using the word коричневый (korichnevyy, brown). Korichnevyy is used when describing the color of many common objects like tableware, furniture, or buildings, but there are a lot of exceptions. The color of brown eyes is карий (kariy, hazel), brown hair - каштановый (kashtanoviy, chestnut), a brown horse is гнедой (gnedoy, sorrel), and even when speaking of cars, people generally prefer to name a shade (beige, chocolate, and so on). Unfortunately, there are no simple rules for these intricacies, so just try to remember!

See you next time!