Feel like taking a walk with famous Russian authors? Making history-changing choices with politicians? Modern technologies have opened up new ways to learn about the world through the combination of data analysis and interactivity. It’s not about memorizing facts. It’s about seeing, feeling, walking, asking questions, and making your own connections. Here are just a few of the projects that will allow you to dive into many aspects of life in Russia, the Soviet Union, and even the Russian Empire. 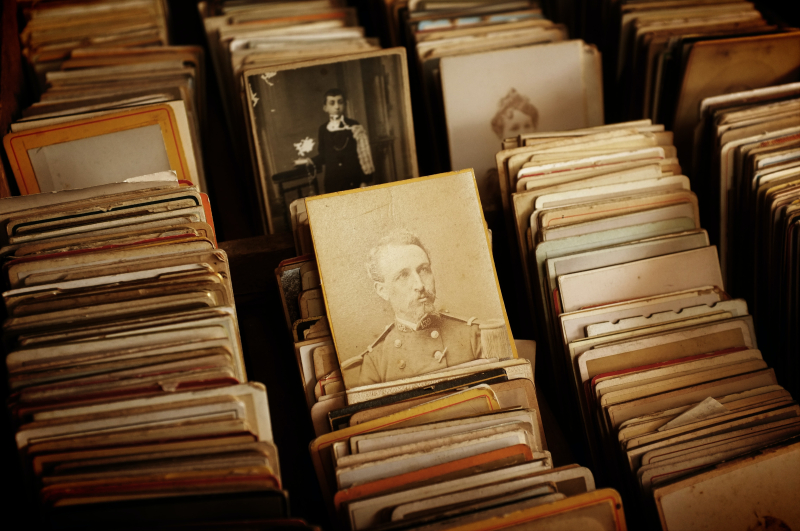 Initially created as a learning tool, the Imperiia Project, created by The Davis Center for Russian Eurasian Studies at Harvard University, uses geospatial analysis to document, visualize and interpret the history of the Russian Empire and serves as a “laboratory for developing new narratives and new ways of telling (hi)stories.”

It’s an interactive, customizable map with 140 layers and a website designed to let scholars conduct original research with the collected data. It’s also fun to explore if you simply want to learn what Russia looked like in the 19th century.

“It is an attempt to bring mapping and maps into the process through which historians understand how the Russian empire was built and maintained over time and possibly even to better understand some of the reasons why it eventually fell apart,” says Professor Kelly O'Neill, who spearheaded the project. “So it's an attempt to build a new methodology into our understanding of the Russian past.”

Switching back to modern times, how about taking a walk around St. Petersburg and seeing it through the eyes of the many famous people who lived here? The International Digital Humanities Center at ITMO University has developed the interactive online platform St. Retrospect, which fuses history, cultural studies, literary studies and new technologies. It uses machine learning to analyze a corpus of historical, cultural and artistic sources, and visualizes various landmarks and their interconnections.

Put in a question, such as “Where did Pushkin like to walk?” and it will display the landmarks and their descriptions. The data set is available to researchers. The DH Center is also working on an app that will let users build a route based on their geographical position in real time – so they can literally walk in Pushkin’s footsteps!

“The project aims to develop user-friendly web and mobile applications which will allow citizens and tourists to navigate the city at their own pace and based on their own interests,” says Antonina Puchkovskaia, Associate Professor, Director of the International DH Center, and Head of MSc Data, Culture and Visualization at ITMO University. “It is a collaborative work between ITMO University and the museums of St. Petersburg, developed in order to create unique routes and explore the hidden gems of our great city.”

First-person accounts of life in Russia are the focus of the Prozhito (“Lived Through”) project, an online web archive of digitized personal diaries with over 270,000 entries. You can search for dates, names, tags and keywords in order to discover unedited perspectives on life in Russia and the Soviet Union.

“Diaries are not just important because of the facts they contain – their very language is a sphere of research,” says the project’s founder Misha Melnichenko. “Computer linguist Natalia Tyshkevich, who joined Prozhito after the project was re-launched, showed us that we created a serious linguistic framework – and the wider our authors’ circle becomes, the more interesting the results of working with our database will be.”

“You are 20 years old. You're a son of a dairymaid and a woodworker, but pretty soon you'll be the most famous person on the planet. To become the first cosmonaut, you will need to choose between taking risks or following instructions." This is your backstory, or rather that of Yuri Gagarin, the first man in space. You can see history through his eyes and make life-changing choices in an interactive online project History Map (Карта Истории).

This online project lets you experience Russian history from the 1920s to the 1980s through an interactive online game. Each period is represented by a famous historical figure (a politician, an artist, a soldier, among others) and guides you through their thought process, letting you make life-changing choices on their behalf. As you move along, you see how your actions could have impacted history, as well as your own self-preservation, integrity and, ultimately, destiny.

The project was developed by Future History, a creative digital studio founded by the former journalist Mikhail Zygar, who is now spearheading a variety of new media projects and exploring new ways to deliver content in an engaging way. His earlier Project 1917 presented the October Revolution in the form of a social network to much popular acclaim.

Also a project by Mr. Zygar, this mobile app makes theater interactive but in a completely new way. Each audio performance is a guided tour of Moscow, narrated by renowned Russian actors and celebrities. For 379 rubles, you get to explore the city along with the characters of Bulgakov’s Master and Margarita or follow the famous theater director Kirill Serebrennikov on his favorite routes. It does require a certain level of proficiency with the Russian language. The app currently features four performances and seven are in the making.

When asked about launching new projects, Mikhail Zygar likes to quote Shakespeare in Love: “Strangely enough it all turns out well... I don't know [how], it's a mystery.”