These structures can become an alternative to semiconductor cadmium nanocrystals, which will allow using them as a transport system for drug delivery. They make it possible for substances to reach their target locations without affecting the cells, organs, and tissues that they shouldn’t. 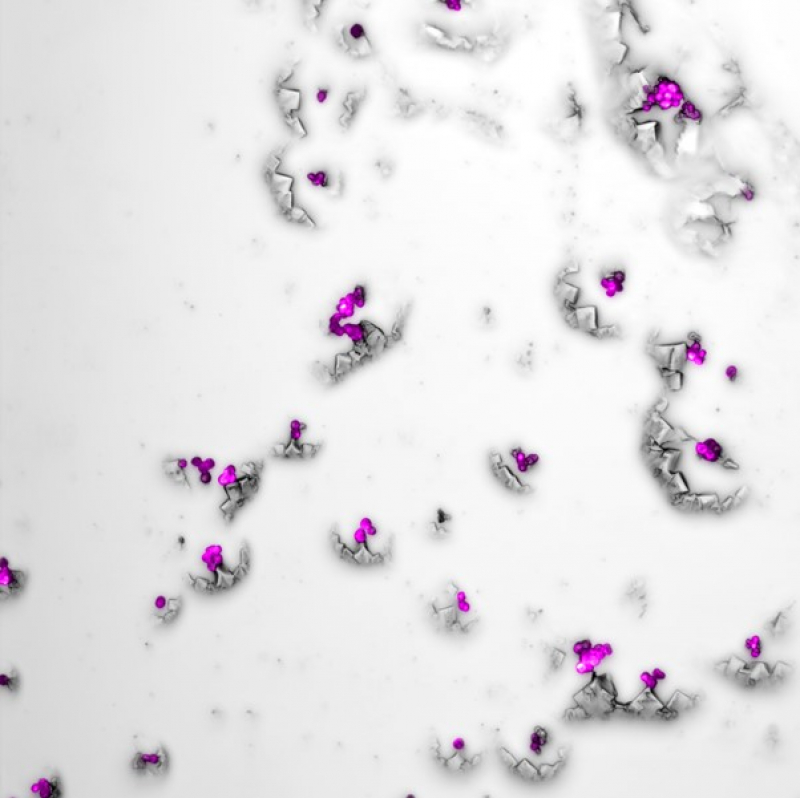 In the picture, you can see images of silver, indium, and sulphur quantum dots. As part of their research, scientists aimed to create calcium carbonate (CaCO3) microspheres embedded with AgInS/ZnS quantum dots. The key problem had to do with CaCO3 having three different morphological structures and the spherical shape not being stable. In the picture, we can see the partial transition from the spherical to the cubic shape.

The images were made with the help of a laser scanning confocal microscope LSM 710 (Zeiss, Germany). They are a superposition of two channels: the transmitted light channel and the luminescent channel. When the sample is excited by the 405 nm diode laser, we can observe the luminescence of the embedded AgInS/AnS quantum dots. For better visualization of the sample’s spectral properties, the luminescent signal was colored in magenta.

The triple quantum dots AgInS passivated by ZnS are an alternative to binary semiconductor cadmium nanocrystals. Research on luminescent properties and multifunction systems based on quantum dots is a promising field, which is why young scientists from ITMO’s International Research and Educational Center for Physics of Nanostructures are interested in it. The project is supported by the Russian Foundation for Basic Research.