GIF of the Week: Spores of Lycopodium Clavatum in Electrodynamic Trap

The video features an experiment in the localization of biological objects, namely, spores of Lycopodium Clavatum (with an average size of 30 microns), in a quadrupole electrodynamic trap. 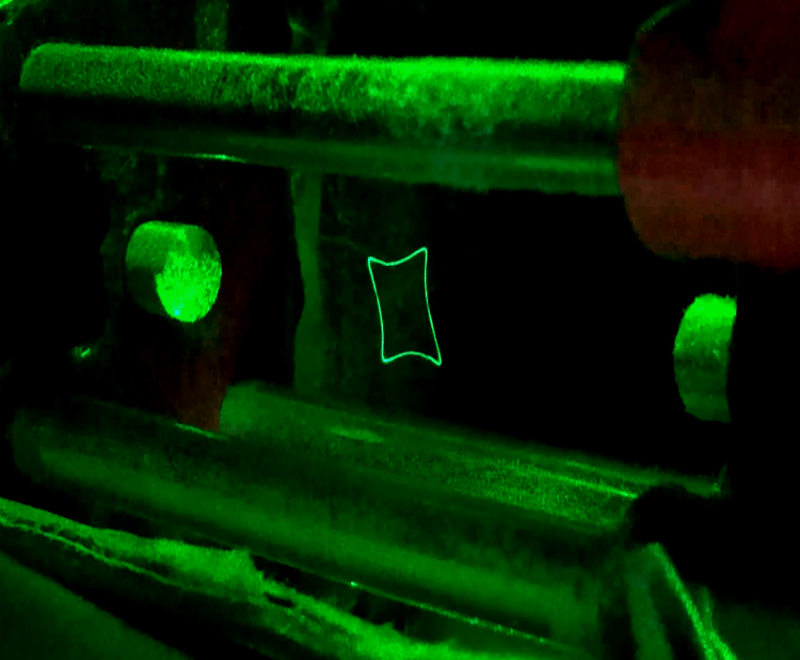 The experiment in the localization of biological objects in a quadrupole electrodynamic trap. A screenshot from the video

At high values of the variable trapping field, trajectories of some individual spores degenerate into expanded orbits. Basically, particles begin to move not in straight lines but along very specific closed trajectories in the shape of a rhombus or a star. There is, however, a certain boundary between the laminar and turbulent flows, as well as between straight and extended trajectories. The size, shape, and opening point of the expanded orbit directly related to the size, mass, and charge of the trapped object.

This project is part of the development of a method and a hardware system for studying the physical properties of a single trapped object based on the shape of its extended orbit. The method allows researchers to determine several fundamental properties of an object in a non-destructive manner and, theoretically, classify the biological/non-biological nature of this object.

This method of analysis is unique and can come in handy at any research laboratory associated with the synthesis and study of micro- and nano-objects. Also, it may be of interest to industries that prioritize quality control in micro- or nano products.

The author of the project is Vadim Rybin, a Master’s student in Physics and Technology of Nanostructures, an employee at the Center of Information Optical Technology, and one of the leaders of the It’s a TRAP! student club. This year, Vadim won the Be First national theses competition in the Physics and Astronomy category.

The method and the hardware system successfully passed the testing that consisted of measuring the size of a single microsphere of borosilicate glass. The measurement results fell within the confidence interval of microsphere sizes obtained by an independent microscopic study.