ITMO University students spent their spring semester learning how best to communicate with their international collaborators, what to avoid when writing an article for a peer-reviewed journal, and what to keep in mind during a conference presentation. In this article, students share their experiences from the course. 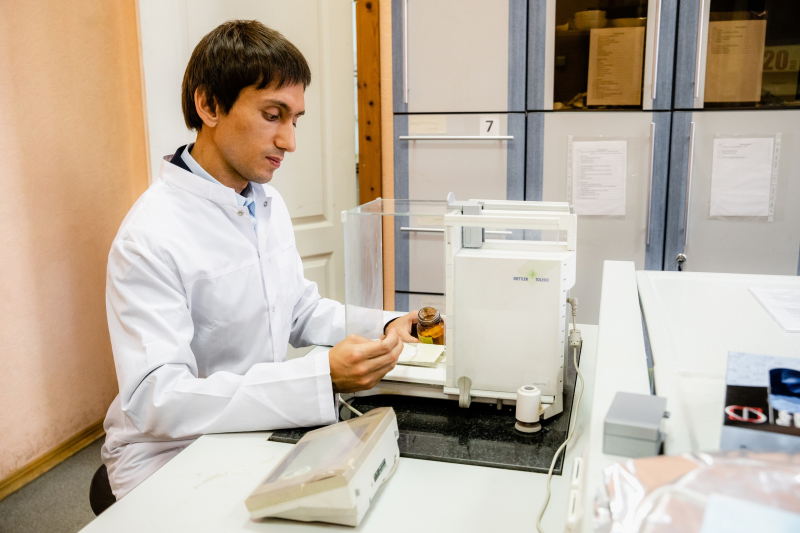 In the spring semester, ITMO’s Bachelor’s and Master’s students had a chance to enrol in a course in academic English given by lecturers from ITMO’s partner, The University of Arizona.

20 students who passed the initial selection attended the online lectures given by Dr. Robert Côté and Dr. Sumayya Granger from the Center for English as a Second Language of The University of Arizona. The course was project-based meaning that students worked on their own projects that they had to defend at the end of the course.

“This course came about as a joint initiative,” explains Svetlana Sultanova, language courses coordinator at ITMO’s Foreign Language Training Center. “Our students want to have the highest level of expertise and that is why we decided to do a pilot course on academic writing and public speaking. For our American colleagues, it was another opportunity to widen our partnership and connections.”

We reached out to the students of the course to learn about their impressions and any differences between the way their Russian and American lecturers taught the language.

I saw this course announced in late 2020 on one of ITMO’s social media pages. I always felt I had a lack of English language practice, especially when communicating with native speakers, and I also wanted to see for myself what it was like to study at a university in a different country and culture. Finally, I realized that I most probably won’t have such an opportunity when I graduate from my Master’s program, so I decided to take part in the course – I filled in my application form and wrote a couple of sentences explaining why I wanted to participate. Then, at the start of the next semester I received the invitation.

The course had two modules – one more practical one and the other featured more discussions. At the second module, each class we talked about a different topic, such as the development of AI or genome editing. These discussions turned out to be very diverse and engrossing thanks to the fact that we all came from different programs and thus had varying experiences and backgrounds. I got the chance to look at familiar topics from new perspectives.

One course is not enough to draw conclusions about the differences between Russian and American approaches to education. Nevertheless, I would like to highlight the attention paid to various organizational matters of the course. Any changes were immediately reflected in the syllabus, our classes started right on time, all learning materials were promptly uploaded to a special platform, and homework assignments were graded within two days after their submission. We spent a lot of time discussing ethical norms and values, one class was devoted to ethics in academia – and how not to inadvertently break its norms. All in all, the methods used in Russia and the US are rather similar: there are lectures, Q&A sessions, discussions, and work in groups.

The most useful part of the course for me was a variety of practical skills in academic writing. The writing style itself, by the way, is very different from what we apply in Russian, in every aspect, from punctuation to the fact that in the US it’s the speaker who’s responsible for being understood, while in Russia we generally rely on the listeners to understand us. We had to complete a small scientific paper at the course and at the same time I was working on my research project in science communication, so I had to constantly switch between the two systems and styles, taking heed of their respective features.

Unfortunately, we couldn’t meet our lecturers in person due to the pandemic – as far as I understood, they would’ve visited our final symposium if it weren’t for COVID. If this course is offered again next year, I highly recommend everyone to apply.

I learned about this opportunity on ISU. It seemed very interesting, so I filled in the application form and wrote my letter of motivation. There, I explained that I’d been studying the language for over 12 years and that I was curious to learn more about the American culture and approach to education. Maybe that was what got me in – I actually didn’t expect to be enrolled and was very surprised when I got the invitation.

Though the main focus of the course was on academic writing, we also addressed pronunciation, grammar, and punctuation. Most of all I liked the fact that our lecturers paid attention to the small details that are hard to pick up for a non-native speaker. There are many such details: your sentence structure or punctuation, for instance. It was a really knowledge-intensive course, so we had to work a lot even though formally we only had one class a week.

During the course, we had to complete a draft of a small academic article on one of the general topics suggested: ethics, case study, and juxtaposition of two opinions. The lecturers used these examples to demonstrate how we should present and structure our ideas in texts. At the end of the course, we presented our papers at a student conference, where we also analyzed our mistakes to avoid them in the future.

My main takeaway from the course is this immersion into the language. We had very experienced lecturers, who’d taught people from different countries and cultures, so they knew the most effective ways to present information in class.

I learned about the program from the Telegram channel of my class, where our curator publishes various announcements. I am always looking to try something new and get an interesting experience – and that was why this course appealed to me. Moreover, I had been on an exchange program during my Bachelor’s studies and really wanted to reminisce about those times, so I applied for the course.

We had two lecturers with very different fields of interest. One of them focused on developing our writing skills, so we delved into the basics of creating academic texts and the ways to avoid plagiarism, as well as learned to paraphrase and use appropriate collocations. So we focused on formalities.

On the other hand, our second lecturer developed our abilities to analyze and hold a discussion, so we watched many videos, including TEDx Talks in English. We discussed the topics raised, which were connected to scientific and technological development, discoveries in humanities, and global issues of new technologies, such as the effect of AI on human ethics.

The course didn’t offer that many new things for me, but it’s always important to practise. It was especially evident when we had to write our research articles at the course. I decided to write about the ethics of science communication, and it was challenging!

And of course both our lecturers had bright personalities. They have been to ITMO many times and I wish to meet them in person once. It was funny how at the end of class we would wish them a nice day while they used to wish us a good night – our classes ended at 6:40 pm Moscow time, which was 8:40 am in Arizona.

According to the organizers of the course, such programs are very popular among students of various programs. That’s why in the future the Center is planning to develop such initiatives further.

“Naturally, such courses get great reviews from both participants and lecturers, so we are hoping to offer more interesting programs for our students,” adds Anastasiia Nikulenko, director of ITMO’s Foreign Language Training Center.