​The new corporate Master’s program is being launched this year in collaboration with an industrial partner – Russian Railways. In the course of the program, students will get the opportunity to work on real projects under the guidance of the company’s mentors. 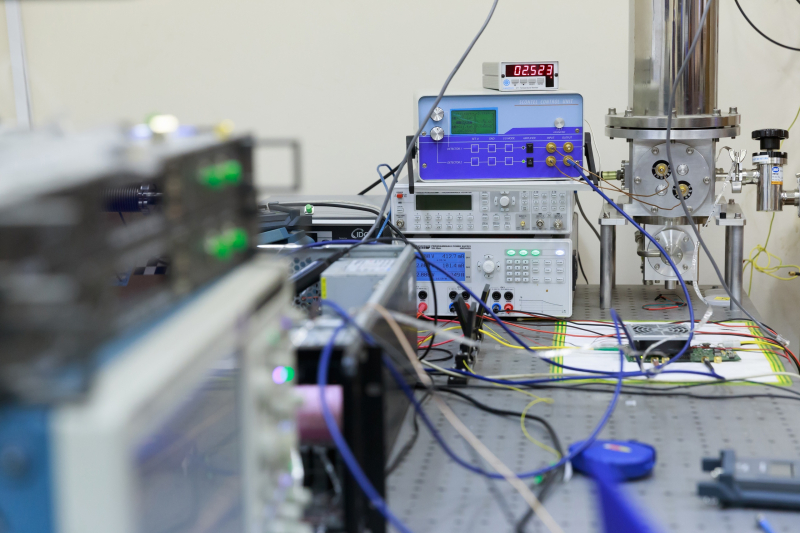 Who needs quantum technologies and why

In Russia, the development of quantum technologies is one of the priority fields of the Digital Economy national program. In 2019, the government has approved the associated roadmap that is planned to be completed in 2024. What’s more, there are specific roadmaps for the development of three distinct technologies: quantum computing, quantum communications and quantum sensors. The two latter specializations are what ITMO’s new Master’s program will focus on.

Quantum communications is a technology for information protection that uses quantum particles for key exchange. It can be used for transferring information over great distances, as well as providing maximum protection of data.

Quantum sensors are high-precision measurement devices that are based on quantum effects. Such sensors will be introduced in ground and satellite communication systems, as well as mobile communications. For example, they can be used to locate planes, satellites, missiles or submarines. They also have applications in medicine, transportation and the oil and gas industry.

Russian Railways is the main industrial partner of the program. The company has been implementing a large-scale initiative on the development of quantum communication in Russia since 2019. One of its first pilot projects is the construction of an over 700 km quantum highway between Moscow and St. Petersburg.

The first video call via this protected channel took place on June 8, 2021. Among the company’s plans is to develop this technology so that quantum communication networks would appear throughout Russia. By 2024, they plan to have over 7,000 kilometers of such networks.

The students of the new Master’s program will get the opportunity to partake in real projects aimed at the development of quantum communications. As of today, they are already involved in several projects, among which are:

More than a half of their study time, students of the program will spend at ITMO’s research laboratories and at partner companies like SMARTS-Quanttelecom JSC.

Quanttelecom was initially launched at ITMO University, and in 2019, the strategic investor SMARTS JSC acquired a stake in the project. As of today, the company focuses on the development of quantum key distribution systems, single photon detectors, and quantum random number generators. The company has plans to scale up the technology and bring their product to Russian and international markets.

This means that the demand for specialists in this field will only grow. Thanks to quantum technologies, we’ll get safer communications, better navigation systems, global quantum Internet, highly sensitive medical sensors, and a lot more.

“The world has drastically changed in recent years. In a bus or a cafe, you’ll see lots of people communicating using their smartphones. The activity of companies, both small and big, is associated with vast amounts of digital data. And we all want our information to be safe from intruders. Quantum communications can provide such safety. They are just entering the market, and someone who has keen knowledge of the associated technologies will be sought after by any company,” comments Sergei Kozlov, the head of the program.

The program’s graduates will be able to work as project leads, engineers, research associates, and other specialists in the field of quantum communications.

You can find detailed information on the Quantum Technologies in the Industry Master’s program here.

“During my Bachelor’s studies at ITMO, I’ve been actively working at the quantum communications laboratory. As the laboratory’s (and mine, as well) activities call for serious groundwork beyond the scope of a Bachelor's student competencies, I had to study a lot on my own.

That is why choosing Quantum Technologies in the Industry as my Master’s program was obvious for me – it will at the very least help fill the gaps in the experience I’ve accumulated over these years and expand my set of skills. I will now get the chance to focus on the specific field that’s interesting for me. I also believe that now my educational and research activities will work in synergy, and this will result in better efficiency of my work in general and in what has to do with my current projects,” comments Roman Goncharov, a first year student at the program.