Researchers placed a polymer on a thin perovskite film and, using lithography, created a metasurface consisting of prolonged parallelepipeds. In the future, this will help create highly efficient visualizers for infrared radiation. 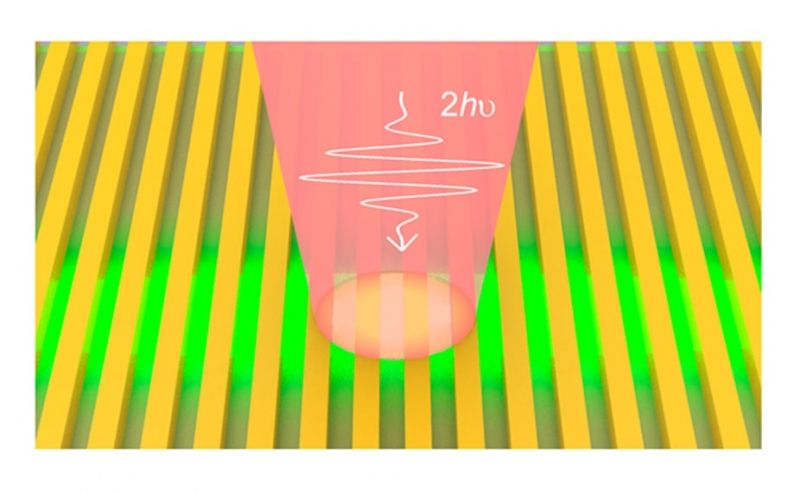 An illustration from the article in Nano Letters / pubs.acs.org

“We showed that a metasurface based on halide perovskite can significantly enhance stimulated two-photon emission, the threshold of which becomes comparable to that of a one-photon process. In other words, a very unlikely process can be compared with a more common one. This is possible thanks to the configuration of geometrical parameters of the metasurface, which helped enhance the electromagnetic field of excitation emission in the perovskite film,” says Pavel Tonkaev, a PhD student at the School of Physics and Engineering and one of the research authors.

The modeling of free-carrier dynamics and exciton recombination upon nonlinear photoexcitation reveals that this effect can be attributed to the local field enhancement in structured media, a substantial increase of the mode overlap, and the selection rules of two-photon absorption in perovskites.

In the future, this research will help create a visualizer for infrared radiation. For example, such devices are necessary at optical laboratories and facilities with laser beams invisible to the naked eye.

“Our eyes don’t perceive infrared radiation, and our project can be used for the visualization of such radiation based on two-photon luminescence,” explains Pavel Tonkaev.