One of the key tasks of web designers is to come up with accessible apps and websites. That’s what second-year Master’s students at the Faculty of Software Engineering and Computer Systems are engaged in. ITMO.NEWS asked them to discuss their projects and ideas. 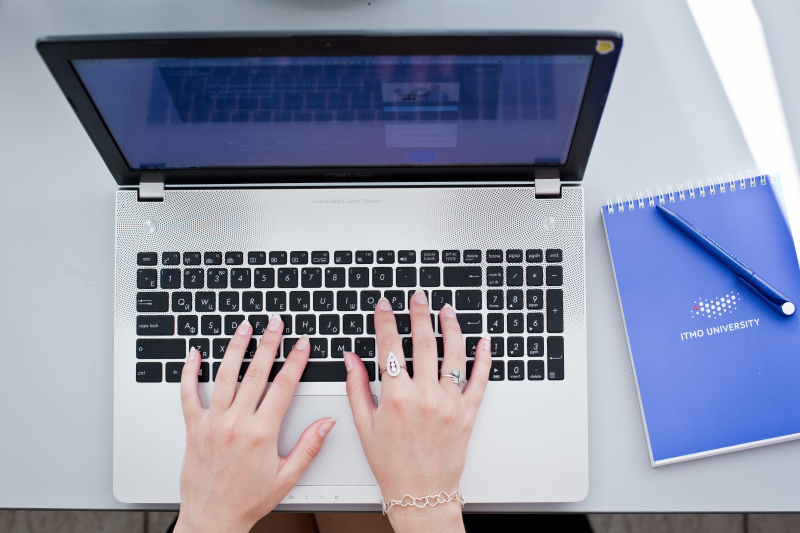 Anastasia Gudym develops an app that helps navigate the streets safely. Anastasia noticed that when it’s late, she prefers to walk only the well-lit and crowded streets, even if it’s not the shortest route. Research and in-depth interviews with 15 women showed that this is a common issue. Respondents noted that when it’s getting late, they prefer to either stay in or ask someone they know to meet them and try to avoid potentially dangerous locations.

Popular navigation apps tend to suggest the shortest routes, even though they’re not always safe. That’s why Anastasia decided to formulate the main criteria that ensure women’s safety and create an app with a UX/UI design that would correspond to them. The service will include information on safety of different routes, as well as other useful factors, such as the information on how well-lit the street is, was it properly cleaned from snow and icicles, are there rooms suitable for nursing, public restrooms, places for dog walking, and parking spaces for scooters and bikes.

That’s why the app will come in handy for all kinds of users, including disabled people, senior citizens, mothers of newborn children, and pet owners. The developer also plans to include a notification system for the detection of possible obstacles, such as a noisy street by a highway or a narrow sidewalk.

People who consider getting psychological support from a professional aren’t always able to correctly formulate their problem. Moreover, tools that help look for a specialist often offer a list of vague issues or don’t categorize them at all. As a result, users might choose a therapist who won’t be right for them and will end up wasting their money on the consultation.

To help clients and psychologists find each other, Master’s students Alexandra Ogai and Anastasia Tkachenko took part in the development of a special bot. The students asked over 70 respondents to share their experience in terms of therapy and mental issues in their personal and professional life, categorize them, and come up with corresponding queries. For example, people experiencing problems with finding themselves asked how to live in the modern world and how to find balance and relax, while those struggling with stress asked how to stop focusing on your problems and dramatize them.

These queries will lie in the foundation of user scenarios when interacting with the bot. First, the user chooses a category and then statements that are most suitable for their situation. According to the creators, queries like “I don’t know how to calm down” are easier for users to comprehend and therefore would allow them to choose the right specialist.

In web development, website versions for people with disabilities typically involve a limited number of parameters, such as font size, light and dark modes, and the removal or addition of pictures. However, some users require much more settings. For example, people diagnosed with ADHD or who are on the autism spectrum find it hard to read long texts and look for required information in them, perceive visual metaphors, and see the logic behind blocks on a page.

Master’s student Sofia Ashurova decided to detect basic needs of adults with ADHD and autism and help them read texts from screens via font settings. In order to achieve it, she conducted a pilot experiment and offered neurotypical people to read two different texts of the same volume and indicate how much time it took them to finish. In the first case, they could choose preferred parameters, such as font and background color, font size, and intervals. In the second text, the parameters were preset based on previous research. Sofia measured how long it took the participants to finish reading and how many mistakes they made when passing a test on the understanding of given texts.

Now Sofia plans to continue research and offer respondents diagnosed with disorders to use two sets of font parameters: the one compiled during the pilot stage and the one created by participants in the process of the experiment. As a result, the creator will develop a design guide and potentially a plugin for website markup.

Growing old in a healthy way

Senior citizens often experience anxiety, trouble sleeping, and dissatisfaction with their lives. Their mobility decreases, they’re afraid of loneliness and loss, and so on. One of the popular ways to track your state and maintain mental health is doing exercises in a mobile app, but most of them aren’t adapted for senior citizens in terms of functionality and design. For example, some people struggle with tapping on small buttons, typing, reading from the screen, processing information, and making decisions.

That’s why Yulia Maksimova and Antonina Martynova came up with 33 suggestions for the development of an app suitable for senior citizens. For example, users struggling with loneliness can chat and call each other and consult a psychologist, while meditations and smart alarm clocks will help with sleep problems. The suggestions also cover design features, such as voice control and customizable button sizes and colors. If users forget to fulfill a task, the app can send out a brief notification. The creators plan to hold in-depth interviews to research the needs of users and design an interactive prototype to help senior citizens maintain their mental health.