De-freezing fish seems like an easy task — just leave them as they are, so they will thaw eventually. Still, in industrial scale, such approach leads to losses and decrease of the product’s quality. Staff from the "Food Technologies and Equipment" small innovative enterprise devised their own way to solving the problem. 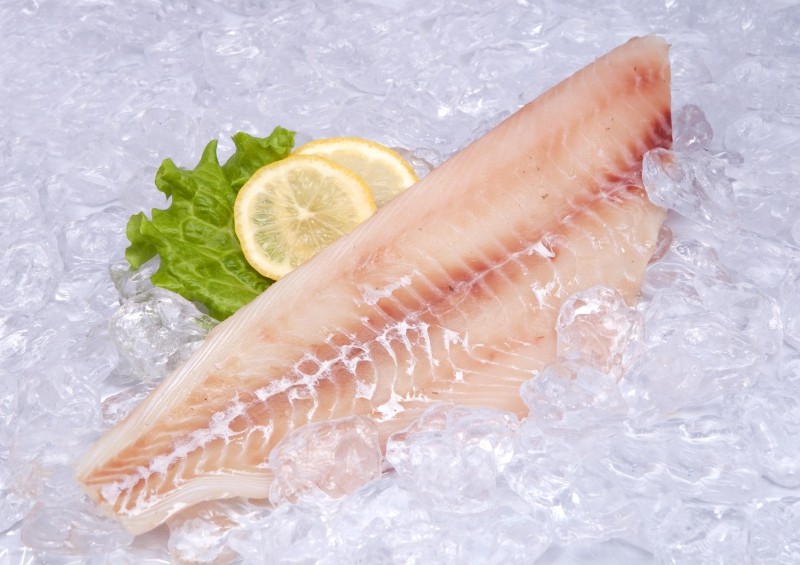 Before being put out for sale, blocks of fish — each weighs about 20−30 kilos — are to go through de-freezing. As of now, there are four common ways to doing that — by air, water, air-steam mixture and microwaves. The main drawback of the first three methods is the time they take — from 4 hours to a full day. Also, this decreases sanitation and the product's shelf life, and the loss of nutrient substances can be from 4 to 15% (on industrial scale, that amounts to tons). The microwave method takes only about two hours and doesn't spoil the product, but it has its drawbacks as well: fish at the center of the block is still frozen by the time the surface is already heated.

According to Arina Lyakisheva, Head of Sales for the "Food Technologies and Equipment" small innovative enterprise, their invention can solve these problems. The Ice Crusher IC uses electro hydraulic impact — the Yutkin effect. The fish is put into a special basin, where a high-voltage discharge is generated. The pressure rises, and the block splits into separate fishes, as ice has less strong structure than fish. The discharge disinfects the fish and thus increases its shelf life, the process takes only eight minutes, and the nutrient substances losses are only 1.5 percent. "When we've only started our project, we didn't expect it to revolutionize the food industry. Today there is no counterparts to it in the whole world. There is something similar in Iceland, but the similarity is only in using a basin. That process takes about three hours, and the equipment costs 35 million rubles. Just compare it with what we have to offer: eight minutes and six millions", comments Arina Lyakisheva. "Not so long ago we took part in the "Agroprodmash" exhibition, and even though we've brought only informational materials and one component — the surge-current generator, our invention was greatly appreciated by specialists in the de-frosting field. According to them, there hasn't been anything new in the field since the invention of microwave de-frosting equipment 19 years ago, so our technology is really sought-after".

The electro hydraulic effect is widely known and has been used in demolition, but the idea to use it for de-freezing belongs to Valerii Antufiev, Associate Professor for ITMO's Department of Production Machines and Equipment. In 1993, he patented the technology, and in 2011 — the equipment based on it. As of now, he is the main engineer of the "Food Technologies and Equipment" company. "Our Small Innovative Enterprise has been around for less than a year, and we've already gone a long way. For instance, now we get training in the iDeal Machine startup accelerator, and that really helps in developing and promoting our idea", shares Arina Lyakisheva. "By the end of the year, we are planning to finish with specifications and create a prototype we can demonstrate to potential clients. And we expect to have the first industrial model by the end of May, 2017".

We'd like to add that the development of the first industrial model will be financed by the Innovation Promotion Foundation. In September, 2016, the "Food Technologies and Equipment" company won its grant of 2 million rubles.