European Parliament initiated a discussion devoted to rules of how humans and computers with AI have to communicate. The question is whether to consider machines computer-based personalities or not. We’ve asked ITMO’s experts about their views on "roboethics." 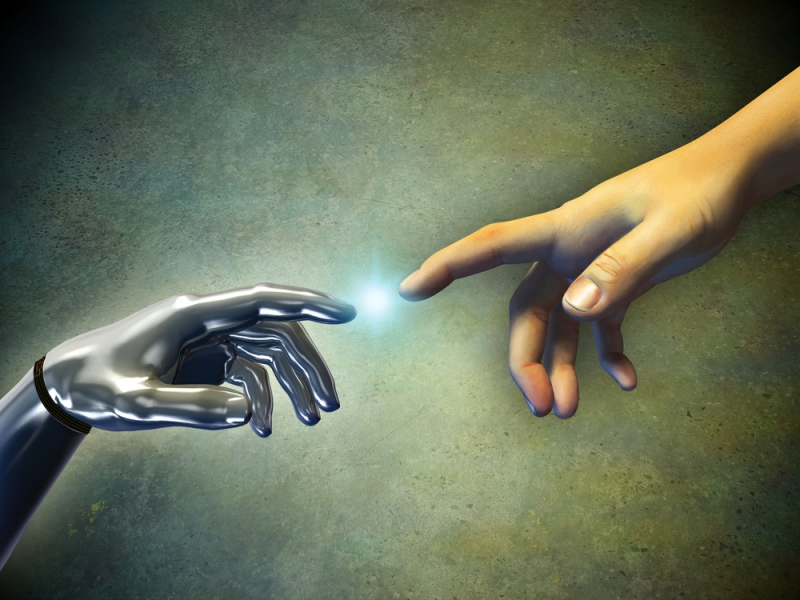 Who cares about AI

According to BBC.com, Members of European Parliament suppose that robots are to be the main reason of the upcoming industrial revolution. From this point of view, such problems as safety and economic transformations are most important. How to save humans from robotized systems in case something goes wrong? Will we have reduced salaries due to some tasks being done by robots? To give answer to these questions, it is necessary to regulate the process of AI development and interaction of humans and computers.

"How to answer such questions, if we still have no efficient rules for human-human interaction?," comments Anton Pyrkin, head of the Faculty of Control Systems and Industrial Robotics. "The European Union has much more important problems. Why do they discuss such things? There are different reasons like, for example, to divert public attention from important problems, detect changes in public mood, try to guess what markets will become popular and control them."

Sergei Koluybin, deputy head of the School of Computer Technologies and Control, by contrast, supposes that European Parliament follows the right way by developing precautions and rules that can regulate the activity of developers and participants of hi-tech markets. According to the expert, development of robotic technologies is not only technological challenges, but also ethical, social and legal conflicts. Cybersecurity issues are becoming more and more relevant these days, adds Mr. Pyrkin. Any tool or solution is harmful when a miscreant controls it.

That is why it is too risky to create independent robots. It is inappropriate from economic point of view, as all machines have their owners. It means that robots are closed systems limited by their resources and functions.

"Developers are those who have to be responsible for AI devices. That is why it is necessary to create special limitations so as to ensure appropriate human-machine interaction," adds Alexander Kapitonov, assistant at the Department of Computer Science and Control Systems.

Modern science fiction movies let us look at the nearest future. For instance, the second episode of "Black Mirror" shows a world where people live in small rooms and have no opportunity to go outdoors. The walls of their "houses" are covered with TV monitors. They can switch them off and have a rest, but one has to pay to stay in silence.

Another problem is that people have to, on tha one hand, regulate the AI development using laws, but on the other hand, don’t inhabit the progress. Yet, is it possible by using laws only? Isaak Asimov's fans remember a famous dialog between main characters of "I robot" movie: "Can a robot write a symphony? Can a robot turn a… canvas into a beautiful masterpiece?", aks the human. "Can you?", a robot replies. Not every human can. So, what is the difference?

Here, lots of questions appear. The main one is "is it reasonable to compare artificial and human intelligence?"

"There are two types of AI: "weak" and "strong". Obviously, artificial intelligence is far from being similar to a human one. Neural networks that serve as a base of modern AI devices look like having the same working principles as a natural brain, but in fact, they haven’t Nevertheless, robotic programs can analyze and make particular decisions as effective as humans or even surpass them. In these terms, comparing AI and human intelligence is reasonable," notes Sergei Koluybin.

According to many reputable international magazines, among the brightest scientific and technological breakthroughs in 2016 was the AlphaGo program, which managed to defeat a Go champion. Now computers can be better than us when playing not only chess, but also games that are not based on strict algorithms.

Also, algorithms are good assistants in making art works popular. Alexander Kapitonov gave House of Cards as an example. This TV series was produced by Netflix company, which used its databases with information about preferences of audience. Using data about favorite actors and directors as well as certain time when people watch movies of a particular genre, the specialists predicted how a perfect movie has to look like and then shot House of Cards. As of now, the series has the highest ratings. By the way, Russian programmer from ITMO also made an algorithm for predicting movies' popularity — you can read about this project here . Will AI ever be better than us?

"AI still has a long way to go before competing with humans. However, robots are much better than humans in computing. I am not sure that roots will be able to be more ready-witted when making decisions, as this process has to be stable and repeatable. It is not really correct to take into account experiments when a machine finds the rights solution by following a plan,"said Mr.Pyrkin. "In my opinion, a typical story about an AI’s success comes from the "surpassing one’s teacher" concept. I think that it is much more interesting to see if an AI can become a "teacher" itself. It would be a breakthrough. Everything we get these days is more of "generation" as opposed to "creation."

Robots seem to change all aspects of our lives. So, in the future it will be necessary to change economic systems, as industrial development will be totally different when robots will participate in the division of labor. Apart from that, we have to think about how the society will accept robots who will deal with lots of everyday issues instead of humans. This is a future challenge for science communicators and journalists, as they will have to explain people how to live in this new world.