On November 11 to 14, the d10e conference on financial technologies was held in Davos, Switzerland. Among the topics were FinTech, ICO, blockchain, sharing economy. RAISON, a project by ITMO’s small innovative enterprise “Intellectual Information Systems” (IIS) and Threesixty Elements S.A. was presented there. In the near future, RAISON will become an investor’s pocket assistant: the system analyses the market, news and historical data to advise users on investment strategies. The project is based on elements of the AI system AKIL.IO developed by IIS. Denis Zhuk, AKIL.IO’s sales manager and PhD student at ITMO, and Andrey Gordeychuk, head of IIS, talk about RAISON and the integration of new technologies into the investment ecosystem. 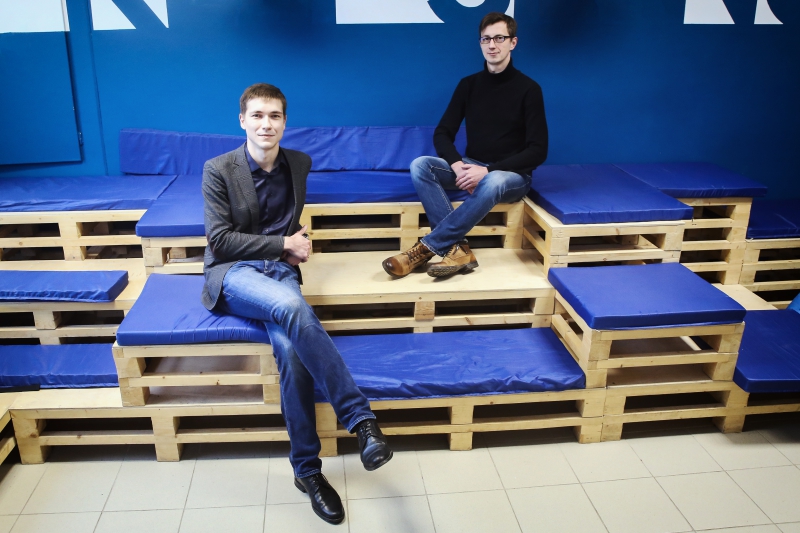 RAISON employs the AKIL.IO artificial intelligence technology developed at ITMO by IIS. This is AKIL.IO’s first application in the field of investment. Can you tell us more about the system and its previous applications?

The system has been in development for seven years now – this is our third year in the current team's line-up. Alexey Martynov, then a student at ITMO, came up with the model and structure for the system; it was around this concept that our team was formed over time. Today, it consists mainly of ITMO graduates. The product itself is a distributed information system using AI technology to solve tasks such as data collection, processing, computation, task-setting, etc. AKIL.IO is a self-learning environment capable of collecting and analyzing data, as well as finding solutions and fulfilling goals by outlining task chains based on the given conditions. It can be applied to anything – from school math problems to calculating the network load on a power grid. It can be useful for developers, too. For example, we are now working on a AKIL.IO-based solution for software developers, called DPE Studio, which will be hosted on Windows Store. So how is it used today?

As we’ve said, it depends on the area of application. That may include logistics, movement control, cargo and shipping, transportation. AKIL.IO can be used at high-security facilities – including moving ones, like, say, ships (personnel movement control in defined spaces). It is already being used for event management – we have a joint project with one of our clients, the DataForum company. It is a software-hardware suite for event management capable of analyzing crowd movement. We can use it to see what guests attended which events and for how long; which rooms they’ve been to and the routes they picked. In the end, we get some pretty fruitful analysis which can be used, for example, in marketing. Let’s say you’ve got 200 people coming to an event to see a speaker, but only 35 stayed for the entire talk. It might be beneficial to, say, send additional info to these 35 people – it’s up to the client to decide how to put this data to use. It’s hard to prepare such technology in Russia, especially in regards to the legal matters; yet, in most European countries, people presence control systems are allowed in most cases – for government institutions it’s practically a requirement. The transmitter – an RFID marker – can easily be fit onto a sheet of paper. For an event, these could be placed onto badges and nametags. AKIL.IO was also used in the project datafabric.cc to search for links between companies, individual entrepreneurs and affiliated objects. How did you start working on RAISON?

It’s pretty simple – our soon-to-be partners read our article in Forbes and proposed a partnership. Since we tend to take on interesting projects that can enrich our software with new expert data, we soon agreed on the terms of our partnership and the work began. This particular case is an interdisciplinary project: AKIL.IO and our other AI developments are only a part of the project, its technological foundation. An important element of it is the expert knowledge that was required to educate the system on the specifics of the new subject area. For this, we had the help of professional, highly-qualified investment executives, including the team of the international investment company Threesixty Elements S.A., which works not only with classic portfolio investments but also with cryptocurrency projects.

With RAISON, we analyze data using our experience in sentiment analysis of news streams: we use social media, market news, stock info, etc. We have a wide range of sources. The second set of data is facts – we track a 1000 stock market indexes and the top 30 cryptocurrencies by market share size. For each market index, graphs are drawn tracking the rate changes over a day, a week and a month throughout the company’s more recent half of operation (but no more than 5 years).

In addition to the rate, the data channels include such indicators as Revenue, Revenue per share, Gross profit, EBITDA, total cash, total debt, debt/equity, Operating Cash Flow, P/E (price/earnings ratio), P/S (Price/sales ratio), Market Cap, Trade Daily Volume, Avg. yearly trade Daily volume, forward dividend yield, 52 week (low-high), EPS, Beta and 5 Year Average Dividend Yield. One other thing that has a significant effect on the prediction is the use of influence factors we get from aggregated news and social content – various mentions, sorted by frequency, emotional and other contexts.

After preliminary processing and standardization of data, we get a three-dimensional matrix containing the data on all the indexes being analyzed. This helps us consider the general state of the market and identify dependencies between specific indexes. During the main data processing stage, we employ, in several rounds, a composite of a convolutional neural network and a max pooling layer for each of the data channels to decrease the size of incoming data and identify properties of a higher order. During the last stage, we form portfolios using a selection of indexes from the bigger list, chosen according to a manually developed investment model and distribute the indexes into groups per their “risk profile” as indicated by the system’s operator. The decision-making process on the formation of portfolios and choice of indexes is made using Markov decision processes (MDPs) and reinforcement learning. MDPs have already found use in modeling decisions in situations where results are partially random and partially dependent on the decision maker.

One of the main parameters is prediction accuracy. 80% is our goal for the initial stage; we plan to eventually get up to 90-95%.

So which problems does this help us solve?

The project solves the issue of analysis and financial advisement of customers based on historical data – both in terms of investment suggestions for the formation of cryptocurrency portfolios, and for refinancing mortgage payments or cutting down on restaurant costs, for example.

Who created the project?

The authors were, undoubtedly, our colleagues from Threesixty Elements S.A.; after we’d united into a project team, we improved upon it using our expertise in both investment and artificial intelligence. A specially-founded international team is currently working on it, using a matrix management system.

What awaits RAISON in the future? How do you plan to develop it?

We plan another function – an AI-based advisor for endowment funds and ICOs. Our team has a roadmap outlined for at least three more years. In 2019, we expect to receive a European bank license to conduct our own operations.

You’ve said that users will receive the end product in the form of a mobile app. How would they use it?

The idea is that the customers to be able to use the results of our analysis in their everyday life; the entirety of their financial world is fit into a single app. It would let them interact with all aspects of finance – from making investments to paying for services and goods with cryptocurrency. Which features have you already tested?

We’re currently in the assessment stages. We’re testing predictions and building behavior models. In December we’ll have the “first round” involving ICOs; after that, we’ll be working on an MVP model (minimal viable product). These are the two main tasks for is right now.

Your presentation at the conference in Davos was successful with the professional community. What did people think of your project? What makes them so interested?

There was a very lively response to our project and especially to the use of AI in solving these kinds of issues. This field is only starting to develop and, naturally, people are interested in how it all really works – neuroevolution, evolutionary algorithms, etc. Even though we mostly work in Russia, with Russian projects, it turned out that we had a lot of experience to share with others regarding the practical application of these technologies. We were pleased to hear from many company executives there that they weren’t just aware of graduates from ITMO University, but that they would be glad to see them among their staff. The market for this is just starting to form; are there any similar projects and research that you could draw experience from?

We’re using several trendy technologies, all of which are still developing, and the market is very young. These technologies are: neural networks, artificial intelligence, machine learning and blockchain. And we’re taking this combination into the long-established investment industry. On today’s investment market, we’ve got things like robo-advisors, which are based on mathematical algorithms. Those are financial “advisors” that provide advice on the creation and management of investment portfolios with minimal human interventions. Bluntly put, they conduct asset diversification based on pre-set goals in order to maintain an optimal risk/profit ratio.

Neural networks, however, are a bit more complex, as they take into account not only the present situation, but also a layer of historical data, as well as news from verified sources and a number of other factors that affect decision making; in addition, the combination of Markov decision processes and reinforcement learning will help accelerate their learning and achieve a stable performance.