Does Your School Have the Best Programmers? ITMO Does!

On February 19 HackerRank platform published the results of the University CodeSprint, the international contest for programmers. This year ITMO University took first place (361.9 points) by a significant margin (the team placed 2nd got only 299.58 points). 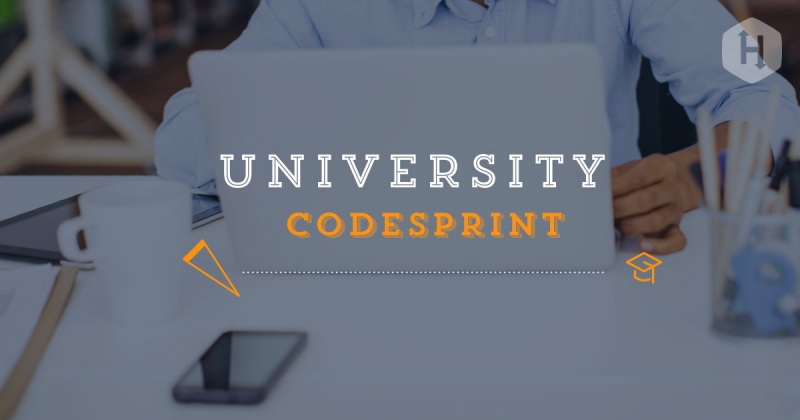 Every year HackerRank gathers coders from different countries who compete to bring their universities the title of the best programming champions.

University CodeSprint is a unique competition for the whole IT world, as it is based on students' initiative — they decide whether to participate and represent their university. According to the rules, at least 10 coders have to compete on behalf of a university.

According to Lidia Perovskaya, tutor of the Computer Technology Department, in 2017 ITMO increased the number of participants (67 students) in comparison with last year when 44 coders took part. However the amount of representatives of a university doesn’t affect its results, but shows how active they are. The jury uses a special formula, which helps get the average number of points received by the team. It means that a team of 10 people is on an equal footing with a team of 100 people.

The results have proved this: 12 coders from National Taiwan University (NTU) placed 2nd while a team of Moscow Institute of Physics and Technology consisting of 20 programmers came 3rd. This year was the first time when MIPT participated in University CodeSprint. St. Petersburg State University placed 10th in the School Leaderboard while in 2016 it placed 6th.

ITMO students also had wonderful results in the individual competition. Gennady Korotkevich and Ilya Zban, students of the Computer Technology Department, received the maximum number of points — 430. Mr. Korotkevich solved all the tasks in record time equal to 144 minutes. Ilya Zban made it in 521 minutes which made him place third in the School Leaderboard while a coder from Harvard University solved tasks faster and placed 2nd. ITMO’s students won $ 2000 and $ 750 respectively. This year one other student from ITMO, freshman Mikhail Putilin joined the top-10 and took 7th place.