New Material Makes it Possible to Record Data with Light

Russian physicists with their colleagues from Europe through changing the light parameters, learned to generate quasiparticles — excitons, which were fully controllable and also helped to record information at room temperature. These particles act as a transitional form between photons and electrons so the researchers believe that with excitons, they will be able to create compact optoelectronic devices for rapid recording and processing an optical signal. The proposed method is based on the use of a special class of materials called metal-organic frameworks. The study appeared in Advanced Materials. 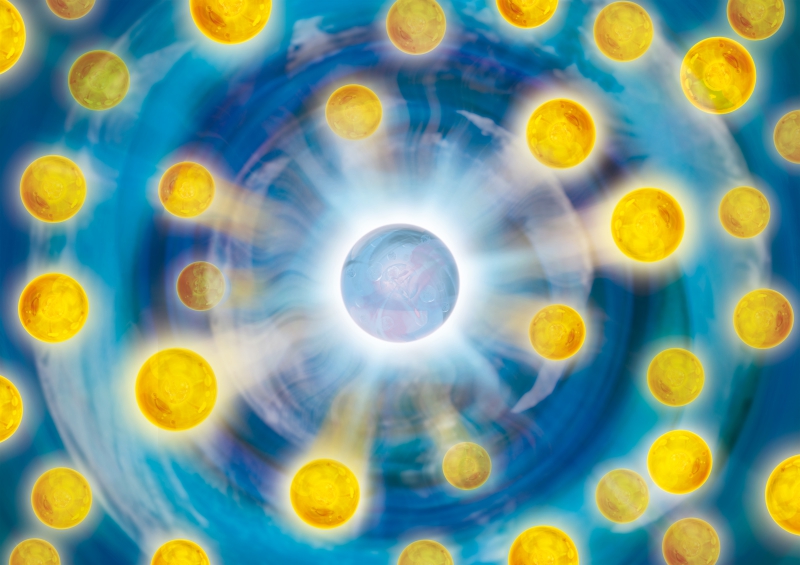 To simplify the description of complex effects in quantum mechanics, scientists have introduced a concept of quasiparticles. One of them which is called exciton is an "electron — hole" pair, which provides energy transfer between photons and electrons. According to the scientific community, this mediation of quasiparticles will help to combine optics with electronics to create a fundamentally new class of equipment — more compact and energy efficient. However, all exciton demo devices either operate only at a low temperature, or are difficult to manufacture which inhibits their mass adoption.

In the new study, the scientists from ITMO University in Saint Petersburg, Leipzig University in Germany and Eindhoven University of Technology in the Netherlands could generate excitons at room temperature by changing the light parameters. The authors also managed to control the quasiparticles with ultra-high sensitivity of about hundreds of femtoseconds (10−13 s). Finally, they developed an easy method for data recording with excitons. This all became possible through the use of an individual class of materials called metal-organic frameworks.

Metal-organic frameworks (MOF) synthesized at ITMO University, have a layered structure. Between the layers, there is a physical attraction called van der Waals force. To prevent the plates from uncontrollably coming together, the interlayer space is filled with an organic liquid, which fixes the framework to be three-dimensional.

In such crystals, the researchers learned to bring two types of excitons individually: intralayer and interlayer. The first arise when a photon absorbed by the crystal turns into an electron-hole pair inside a layer, but the second appear when an electron and a hole belong to neighboring layers. In some time, both kinds of quasiparticles disintegrate, re-radiating the energy as a photon. But excitons can move around the crystal while they exist.

The life time of intralayer excitons is relatively short, but their high density and agility allow one to use these quasiparticles to generate light in LEDs and lasers, for instance. Interlayer excitons are more stable, but slow-moving, so the researchers propose them to be used for data recording. Both types of excitons can process an optical signal, according to the physicists.

This innovative approach to information recording concerns changing the distance between crystal layers to switch the interlayer excitons "on" and "off".

Valentin Milichko, the first author of the paper, associate professor of Department of Nanophotonics and Metamaterials at ITMO University, comments: "We locally heated the crystal with a laser. In the place of exposure, the layers stuck together and the luminescence of excitons disappeared while the rest of the crystal continued shining. This could mean that we recorded 1 bit of information, and the record, in the form of a dark spot, was kept for many days. To delete the data, it was enough to put the MOF into the same organic liquid that supports layers. In this case, the crystal itself is not affected, but the recorded information (the dark spot) disappears." The authors believe that in the future the new material will help to bring processing of an optical signal to the usual pattern of zeros and ones: "In fact, we can influence the exciton behavior in the crystal, changing the light intensity. At weak irradiation, excitons are accumulated (in "1' state), but if the laser power increases, the concentration of quasiparticles grows so much that they can instantly disintegrate (in "0' state)," says Valentin Milichko.

Typically, excitons occur in dielectric and semiconductor crystals, but the scientists could create these quasiparticles and get control over them in a completely different class of materials, which never was used for this. The MOF crystal combines organic components with inorganic that gives it additional properties not available for materials of a single nature. Thus, the organic term allows one to generate excitons at room temperature, but inorganic provides their efficient transfer around the crystal.