For those who are not familiar with gaming, "cyber-sport" even sounds strange — what sport is that if it only exists in virtual space? Yet, professional teams that play League of Legends or Counter-Strike gather whole stadiums and earn millions, and the new sport has its own requirements to sportsmen. How one becomes a cyber-sportsman, and what gaming tournaments are about — read that and more in our article. 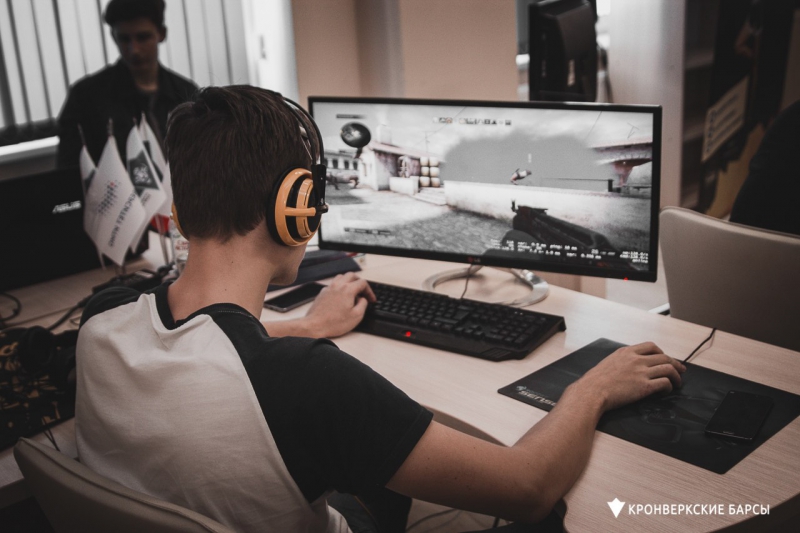 Gaming tournaments — what is that?

It all began in 1993 with Doom 2. This shooter was not only great in what had to do with graphics and gameplay. Doom 2 also supported multiplayer games. Gamers hundreds of kilometers apart started to compete and organize tournaments online. The first Cyberathlete Professional League was in 1997, when Quake was released.

Now, there are tournaments in many games or, as cyberathletes call them, disciplines. Those can be in different genres — shooters, strategies, etc. As of now, the MOBA (Multiplayer Online Battle Arena) games are especially popular — the goal of such games is to take the enemy base. Every player starts with his own character he has to improve — this process is an important part of every game session. Cybersportsmen compete at large arenas, the games are livestreamed, and professional broadcasters comment on the matches. In Russia, cybersport became official back in 2001, yet it was excluded from the sports register due to bureaucratic formalities several years after. Last year, its status was restored, and now Russia has its own cybersport cup.

At ITMO University, cybersport started to develop some three years ago after a series of university-level tournaments. As of now, ITMO's team participates in the All-Russian Cybersport League and is amongst St. Petersburg's top five. Winning directly depends on the team's victories in different disciplines — a team gets a position in the rankings only after winning tournaments in at least three of the five disciplines. For instance, ITMO's team is especially good at Dota 2, LOL and Hearthstone, and last month, one of the players of Hearthstone won the city tournament and received a considerable cash prize, comments Vyacheslav Alexeenko, head of Kron Bars cybersport team. He and Albert Safin, team leader of the shooter team, shared about the cybersport's concept and its ins and outs.

Not every game becomes a cybersport discipline. What are the criteria?

Vyacheslav: The main thing is that winning the game should not depend on chance, but skills and strategy. Cybersportsmen have to know their capabilities and use tactics. The more "random" the game is, the more there's disbalance and hence — problems.

Albert: Chance events can overturn the whole game, like one can lose not because he's not good enough, but due to bad luck. For instance, there are card strategy games, where a lot depends on getting a particular card at a particular moment. Your opponent can get his trump card at the very beginning, and there's a chance you won't even see yours. That makes the outcome obvious. In some games, there are items that a player can buy for his character, and some have a chance of activating: the item might work, or not. This is bad as well, and such chance events must be brought to a minimum. So, how does one develop a strategy and what do his tactics depend on?

Vyacheslav: A lot depends on your reaction speed and how you play through the beginning of the game. It is also important to keep your team's morale high. To hone our skills, we conduct team training sessions, and only play online. Also, one can practice at amateur tournaments that are held at special clubs.

In some games — chess, for instance — a player can make a wrong move that will inevitably become his fall. Is it the same for cybersports?

Vyacheslav: Sometimes, when a team does not understand its opponents' strategy, it starts to lose. Yet, there were occasions when at the end of a game, a weaker team brought itself together and completely defeated its rivals in a quick retaliation. This is why morale is so important — you should never surrender even if you feel you fail.

Albert: It depends. In MOBA games it's sometimes reasonable to surrender if your team made an early mistake, and your opponent notices it. Yet, one can just take up a defensive strategy. As for shooters, a loss in one round does not mean overall defeat. The game's "economics" are a lot more important: you have to save money to buy weapons and armor. Also, it's most important to keep your cool until the very end of the game and keep your calm even if you lose — even though it's sometimes hard.

So, why is it that cybersports gather whole stadiums of fans, who do not play but just watch?

Vyacheslav: It's complex. In this sense, cybersport is not so different from football. People like it, they become interested in it. You just have to try. Let's use DOTA as the example. In this game, one has to count time until his opponent comes back from the dead, especially if he doesn't see the area's map. This builds up tension, makes one feel for the player — which is one of the reasons behind the game’s popularity.

Albert: Sometimes, in shooter games only one out of five team members is left, and has to confront his opponents all by himself. If he does — and everyone knows that it's his skills that allow him to win, as one can't luck out as a shooter — this causes a real WOW-effect: a single person beats five professionals with strategy only! Also, when one is doing something like this, he becomes completely immersed: his hands tremble and adrenaline pumps into his blood — much like in real sports. How much time do you spend practicing?

Albert: In my case, cybersport has become more of a routine than a hobby. I created my own team, and we train three days a week at a particular time. Thus, I have to think of what I will be telling at each session, what tactics we will use. Each time, it takes from three to four hours. Apart from team training sessions, each member also has to train individually at home. Yet, I feel alright about it. Surely, if you sit some five hours a day in front of a monitor, it tires you, and dulls your reaction time. As I always say, one has to take pleasure in the game. Still, sometimes you lose it, especially if you fail several times in a row.

When did you start playing professionally?

Vyacheslav: I always liked sports: I did volleyball, some other sports as well, I also played games. At ITMO University, I was once asked to help organize a cybersport event, so I got interested and took it up.

Albert: I began playing games as a kid, like many others. When the new Counter Strike, where you could compete with others, was released, it was great to gather teams and work together towards a goal. Two years ago, ITMO gathered a team for a shooter tournament, and I got in. Now I am team captain.

What qualities are necessary to become a good cybersportsman?

Vyacheslav: First of all, you have to listen to your team and learn from mistakes, as there are lots when you only start. As for taking up cybersports or not, I believe there's no particular aptitude — you just have to feel comfortable in such an environment. Most become gamers when they are teenagers: gaming helps one find new friends and likeminded people. Sometimes, that becomes dependence. Yet, cybersportsmen know how to deal with it, they see games as a great profession. The difference between a cybersportsman and a game-dependent person is that the former can talk about something else rather than just games, games, games.