An international scientific team that includes scientists from ITMO University has discovered why a mutation or lack of TREM2 protein in the nervous system of immune cells increases the likelihood of developing Alzheimer’s disease. It turns out that in these cases, immune cells cease to receive nourishment and begin to “digest” themselves. The research was published in Cell journal. 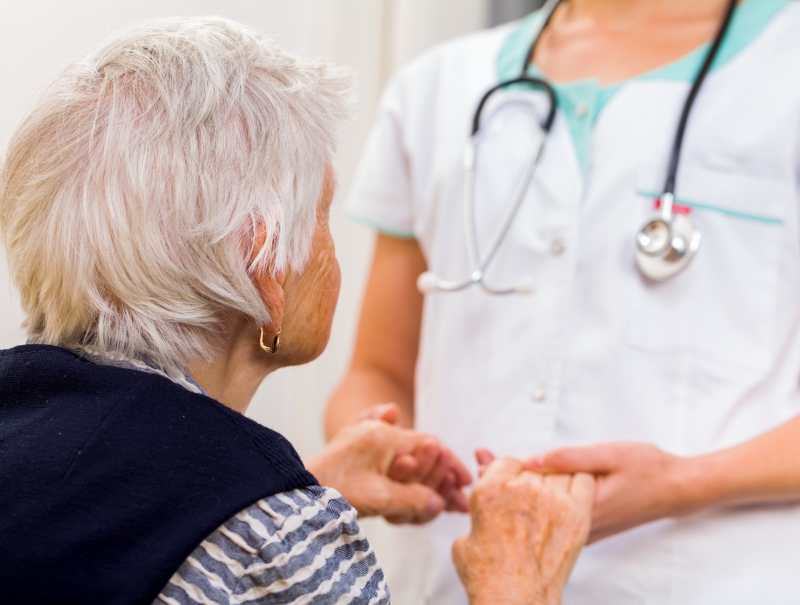 Immune cells of the nervous system are called the microglia. Their main function is phagocytosis – the assimilation and destruction of harmful particles, including dead neurons. Microglia also “consume” beta amyloids. When these proteins are quickly removed by microglia, they cause no harm. However, if that does not happen, beta amyloids begin to form lesions around neurons. This results in a disruption of the neurons’ regular activity – including the formation of synaptic connections between nerve cells, while the neurons themselves die off. All of this, combined with other factors, leads to Alzheimer’s disease.

Why does this happen? What makes microglia cease their most important function? The international team including staff from the Washington University in St. Louis and ITMO University has discovered that one of the reasons for this can be the lack of or mutation of TREM2 (Triggering Receptor Expressed on Myeloid cells 2) protein in these cells. Research into TREM2 protein has been conducted for several years in the Washington University in St. Louis. It was already known that the receptor does have an effect on the immune response in a nervous system – which is the microglia cells’ removal of dead cells, beta amyloids, damaged myelin and other substances. Still, it was not fully understood how exactly that effect is produced. Through experimentation with lab mice, the scientists discovered that the lack of or mutation of TREM2 proteins causes autophagy in microglia cells, meaning that the cells begin to “consume” themselves due to a lack of nutrition. This causes the cells to fail in their function of protecting the nervous system from harmful substances, including beta amyloid lesions, the number of which increases with age.

The scientists conducted experiments on mice that lacked TREM2 and were genetically predisposed to the formation of beta amyloid lesions in their nervous system. Researchers proposed supplying the mic with a specific nutritional mixture to restore their microglia cells’ ability to destroy beta amyloids. As the attempt was successful, the scientists then spent six months testing their discovery on two groups of mice. One group was given the mixture and other wasn’t – both were made up of mice with lack of TREM2. As a result, the group that was supplied with the mixture was more adverse to the effects of Alzheimer’s. The mixture used contained cyclocreatine and creatine. Creatine is a nitrogenous carboxylic acid that participates in the exchange of energy in muscle and nerve cells. It can be used as a sports additive for increased endurance and muscle growth, but is also associated with harmful effects on the heart, kidneys and metabolism. For that reason, the authors of the research do not recommend using creatine for treatment of elderly patients. As of now, they are intent on beginning the search for safer alternatives to creatine for microglia support.

“TREM2 somehow regulates the so-called mTOR signaling pathway, which activates normal energy metabolism. When TREM2 is non-functional in macrophages and microglia, this pathway is suppressed and no metabolism occurs. It is not clear yet exactly how that happens. Creatine and cyclocreatine can penetrate cells and be used to produce adenosine triphosphate (a nucleotide that is important for the metabolism and energy exchange in organisms – Ed.) without the need to utilize the mTOR passage in the brain. The receptor and cyclocreatine are connected in that cyclocreatine can be used to relay nutrients in circumvention of the pathway that is suppressed by the dysfunctional receptor” – explains Alexey Sergushichev, head of the bioinformatics team at ITMO University’s Computer Technologies Laboratory and one of the authors of this research. As part of this study, researchers from ITMO University have developed a computational method that makes it easier to interpret experimental data for studying changes in cell metabolism caused by dysfunctional TREM2. This software detects connections between changes in metabolism and the genes, allowing scientists to determine how, for example, immune cells function. To study the microglia cells’ functions, the scientists have upgraded their method.

“I performed direct analysis of the data and developed the method in general, while Master’s student Alexander Loboda wrote solver software that helped to quickly solve the task of optimization that arises in this method,” – says Alexey Sergushichev.