Three projects by ITMO’s Higher School of Lighting Design got into the list of winners of LIT Design Awards - an international event created to recognize the efforts of talented international lighting product designers and lighting implementers. The AETHER concept of a “neural theater” by Master’s student Daria Chirimisina,  and Valeriia Molodovskaya’s project on creating new energy-effective accessories and footwear were named best in two Student categories. The collaborative project by Nikolai Matveev, Associate Professor at the Higher School of Light Design, and Hungarian artists from the Lux Aeterna theater,  was recognized amongst the best works of the contest’s Professional category. LIT Design Awards’ 2017 results were announced at the end of January this year in Los Angeles. 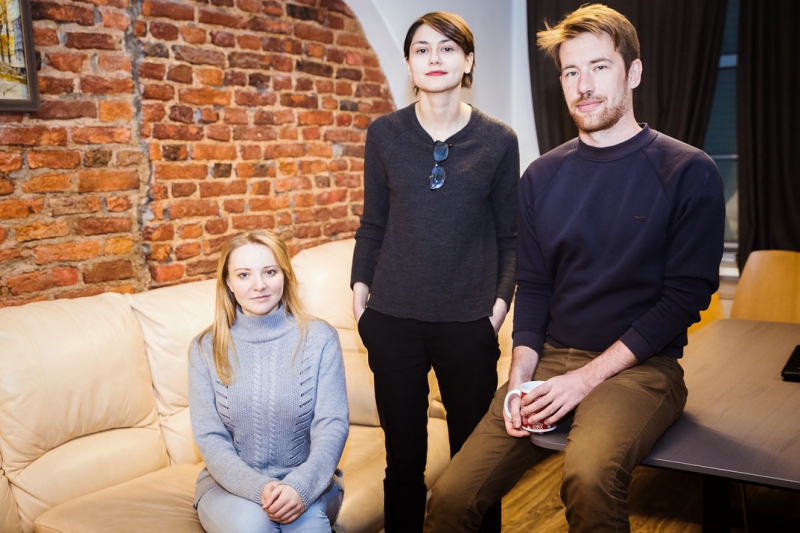 LIT Design Awards was first created and organized last year, its goal being to show the world and the international professional community the work of talented lighting designers from different countries. The event was organized by Farmani Group - an organization with a head office in Los Angeles that curates and conducts many prestigious contests in the field of photography and design, including the world-renowned Lucie Awards for Photography.

The contest’s jury consists of 14 international experts in the field of lighting industry. Amongst them are professors of European universities, as well as representatives of such professional communities as PLDC, IES, IALD, GLA, RULD, experts in architectural lighting, interior and exterior design, sustainable product manufacturing and Broadway theater design.

This year’s results were announced in the end of January; projects by ITMO Master’s students Daria Chirimisina and Valeria Molodovskaya were named among the winners. Another project that was developed by Associate Professor Nikolay Matveev and artists from the Lux Aeterna theater (Budapest, Hungary) was recognized as one of LIT Design Awards’ professional submissions.

“We were not sure what to expect, seeing as this is our first year of LIT. But the results are excellent - we received hundreds of strong light submissions and the feedback is very strong as well from not only the winning designers, but from designers around the world who are grateful that we are drawing attention to this important medium, comment Hossein Farmani and Ellen Hemming, Founders of the LIT Design Awards. We hoped to create a competition that would attract designers experimenting with light across different fields of study, light that interacts with and responds to our senses, that improves our day to day lives as well as decorating them. The designers representing CLD ITMO University in LIT have done just that with the VGoray Project, Aether, their Energy-Efficient Accessories, and especially Natalya Bystryantseva’s software design to improve the quality of lighting in St. Petersburg. We were thrilled with the participation from CLD ITMO and the world-changing quality of projects they are pursuing.”

The AETHER project is the result of Master’s student of the Higher School of Lighting Design Daria Chirimisina’s collaboration with a team of Master’s and PhD students from the Department of Computation Technologies, namely programmers Pavel Korepanov, Natalia Kupsik, Arkadiy Ivashenko and Aleksandr Gaosh. The students began working on the project back in October last year; their idea was based on the neurotheater concept promoted by St. Petersburg artist Yury Didevich (you can read more on this subject here). Still, the students have reinterpreted the concept and focused their attention not on the professional actors, but on the regular viewers who are to become part of the performance.

The project aims to merge two independent spaces: one is the room where only one viewer wearing a neural interface is present, and a different one where several other participants reside. They don’t wear neural interfaces, but the person in the first room can watch them through a camera. With time, the activity of the group induces a particular reaction; the neural interface traces the viewer’s brain activity and transmits this data to a computer where special software processes it to define his or her emotional state. For now, the projects’s authors work with just four emotions: anger, bliss, sorrow and detachment. Depending on the viewer’s emotional states, one of these emotions is translated on a screen in the second room as graphical images. Thus, the group who doesn’t see the person who wears the neural interface can see his or her reaction to their behavior. The graphic content is always different as it depends on the emotions the viewer experiences; what is more, it affects the other participants, as well.

“Why do we call this installation “theater”? Though we don’t have a particular director or actors, we show that all of the participants act as actors, directors and stage designers. We make it a point to forego the concept of subject-object relationships. Here, each affects and is affected by everyone. Modern technologies allow us to define the ways in which we affect others, and, ultimately, visualize them, says Daria Chirimisina. In this project, we bring forth the problem of anonymity in the modern world. Nowadays, in the age of digital space, people often avoid responsibility for their words and actions.  Our installment allows to visualize these aspects. This way, people can understand how their behavior, words and actions change those around them.”

The project was named best in the Projection/Theater Lighting category. Yet, winning the contest does not put an end to the project’s development. AETHER’s authors plan to finalize its software, and present a ready project at one of the city’s venues in as soon as several months. They are also planning to considerably expand the range of emotions the program can work with.

A project on creating “smart” jewelry that can rely on solar energy and human energy production was presented by CLD’s Master’s student Valeria Molodovskaya. The project’s concept is based on using the new material developed by Dr. Yang Bai of the Microelectronics Research Unit of the University of Oulu, which can transform light, heat, and mechanical energy into electricity.

“Staff members of ITMO’s Higher School of Lighting​ Design became very interested in Dr. Yang Bai’s invention, and they decided to present his project at the Lighting Design -2017 International Conference in October 2017 as a global innovative material that can greatly contribute to the energy-efficiency of cities. At the same time, I also presented Dr. Yang Bai several ideas on how his invention can be used in creating smart accessories. Later, he brought us several samples, so I could start working on the project in more detail. What is more, I’ve been actively consulting with medical specialists while working on the concept, as apart from the energy efficiency aspect, I see other potential applications for this technology,” comments Valeria Molodovskaya.

Valeria plans to develop several accessories. The first is a ring that can absorb light energy and the energy of human body heat. The other is an armlet that can use these same energies to charge such devices as smartphones. The third is a pendant that can transform energy and also track one’s blood pressure, though recently, Valeria came up with a different idea - a clip that can visualize changes in a person’s condition, like changes in blood pressure. Finally, Valeria also has a project with footwear that can absorb mechanical energy from running and walking, and then use it to recharge your mobile devices while you are doing sports.

The main issues that have to be solved in regard to this project is to learn how to produce maximum energy considering the small surface area of the accessories, develop the corresponding software and the design of the accessories. The project was named best in the Energy Saving Lighting category; Valeria plans to proceed with its practical implementation over the next four months.

VGoray, or “The Art of Perfect Well-Being”, was named best among the professional projects in the Healthcare Lighting category. Its authors aim to develop a mobile environment that would be used in different facilities to relieve stress and improve the atmosphere and efficiency at workplaces.

“Most importantly, VGoray is an audiovisual environment. From the technical point of view, it features a laser projection system fixed with a special set of optical devices which we plan to develop with help from specialists of ITMO University’s Department of Applied and Computer Optics. A different team stationed in Hungary is developing a special soundtrack and visual images that we’ll be projecting into optics and hardware. Altogether, we get a solution for creating an audiovisual environment,” explains the project’s head Nikolai Matveev.

The project started in 2009 as a creative collaboration between specialists from ITMO’s Department of Solid State Electronics and artists from the Lux Aeterna theater from Budapest that focuses on developing audiovisual performances for planetariums.

The project got a new boost in 2013 after medical specialists showed interest in the idea, and proposed to adapt its artistic methods for the development of relaxation programs and stress relief therapy. For the next couple of years, the team consulted with medical specialists, and in 2015 they conducted their first experimental research in collaboration with the Department of General and Clinical Psychology of Pavlov First Saint Petersburg State Medical University.  It was around the same time that VGoray’s authors published the first research articles dedicated to their project.

As of today, they continue to develop it, now with the help of Finnish specialists. In the course of the nearest months, VGoray’s authors plan to start testing their invention in several Finnish companies. Also, medical institutions might be interested in their project, as well.

We’d like to add that this summer, 40 of the best projects announced at LIT Design Awards 2017 will head to the LIT Winners exhibition that will take place in Tokyo. The participants who will personally present their projects will be chosen by the award’s founder Hossein Farmani.