Chinese New Year, or the Spring Festival, has been around for nearly three millennia. February 16 will mark the beginning of the Year of the Dog in the Lunar Calendar and the festivities will last for nearly a week. Learn about the various events in St. Petersburg dedicated to this holiday in the fourth installment of our winter holiday series. 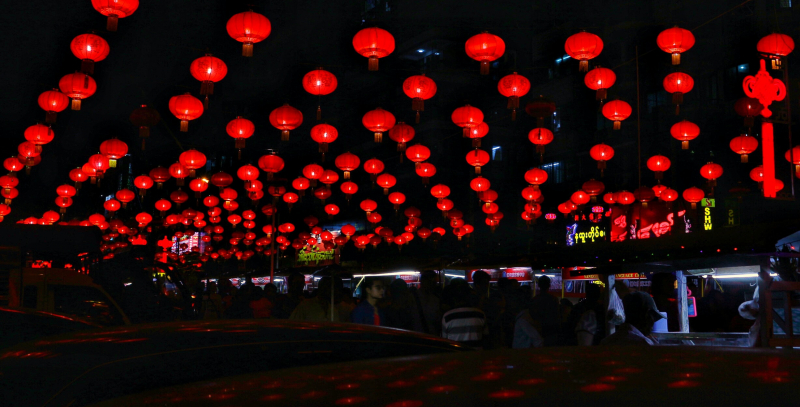 The Lunar New Year is a cause for week-long celebration full of feasting, fun and gifts. In fact, it is often said to be the biggest modern mass migration event - each year, millions upon millions of Chinese people travel across the world to celebrate with their families. Fireworks are aplenty and the color red becomes the week’s fashion. And if you really want to prepare for the holiday the Chinese way, you should clean your room to welcome in the new year.

ITMO University is host to many Chinese guests, and St. Petersburg has a number of events planned for this year’s celebrations. The city government and the Chinese Consulate have come together to present a variety of activities for everyone interested in this holiday. This year’s events will focus on the culture and traditions of the Sichuan province and its capital Chengdu – St. Petersburg’s twin city. There are concerts, exhibitions, lectures and workshops available all over the city. Let’s take a look:

The largest event of this year’s Lunar New Year celebration is this festival held at St. Petersburg LenExpo center on February 22-23; be sure to also check out the newly-opened museum of Russian-Chinese relations. Guests can buy legendary Chinese goods like porcelain and tea, visit workshops and lectures, try traditional foods and tea, see crafts and paintings by Chinese and Russian artists or listen to traditional music.

Chinese language school “Eroglif” will host a number of events, most notably a meeting where you can learn how to play the legendary Chinese board game Mahjong.

At a series of workshops, experts from China and Russia will teach guests how to decorate traditional Chinese masks, sky lanterns, fans and ceramics; braid decorative knots, cut paper patterns and write Chinese calligraphy. Workshops last 90 minutes and 10 to 14 are held throughout each day; see a complete list (in Russian) here.

Folk and Classical Music from China and Russia

PURAQ, a Chinese musical band, is joined by the Russian quintet ESSe for a concert at the renowned St. Petersburg State Capella. Both ensembles play a diverse range of classical and folk music and regularly tour all over the world. List of ticket offices is available here.

All films are shown in Chinese with Russian subtitles.