Last week representative of ITMO University met with Mauro Dell'Ambrogio, Switzerland’s State Secretary for Education, Research, and Innovation. During the meeting, ITMO University and the Swiss delegation discussed plans for closer collaboration between the university and its Swiss counterparts. 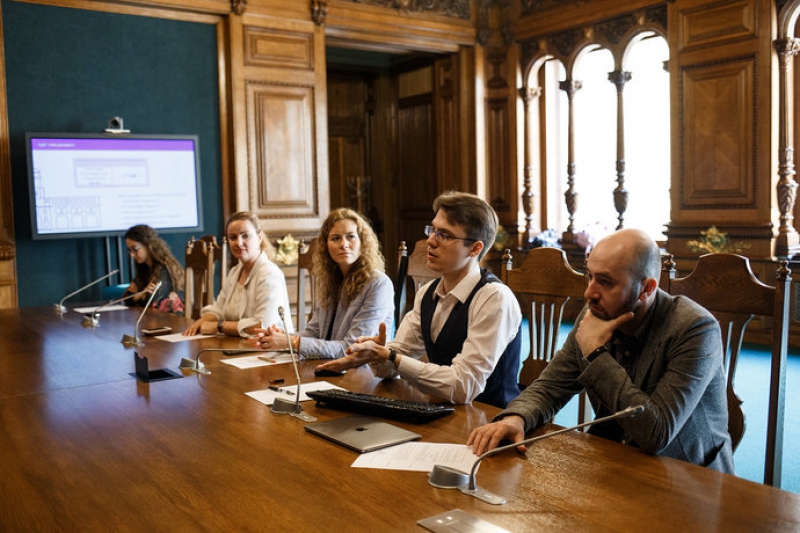 As of now, ITMO University collaborates with two Swiss universities, the Swiss Federal Institute of Technology in Zurich (ETH Zürich) and the Swiss Federal Institute of Technology Lausanne, EPFL. Mauro Dell’Ambrogio, the State Secretary for Education, Research and Innovation, and Roger Kull, the Consul General of Switzerland in St. Petersburg, along with other members of the Swiss delegation, expressed their interest in establishing further partnerships between ITMO and Swiss universities.

“ITMO University would like to collaborate with each partner university in a wide range of scientific fields. Today, our partnership with ETH Zürich revolves around science and research; we also conduct joint training courses in programming, but there is a lack of a well-organized student exchange system. With EPFL, the situation is quite the contrary: we collaborate a lot on academic mobility, but in terms of research we only have joint projects in one field. ITMO University would like to work together with both of these universities in those areas that have not yet been explored,” – comments Ekaterina Tulugurova, head of the International Educational Programs Department.

During the meeting, the Swiss delegation learned more about ITMO University’s scientific and educational activity. Vladimir Ulyantsev, an associate professor at the Computer Technology Department, spoke about the work of ITMO’s International Laboratory of Computer Technologies, and research fellow Mihail Petrov represented the International Research Center for Nanophotonics and Metamaterials.

“Internationalization is a challenge in any part of the world. Today, more than 50% of academic staff at all Swiss universities come from other nations. We understand that Switzerland has become an international platform. Students, professors, and researchers who come to Switzerland don’t end up “among the Swiss”, because at most universities, 80% of team members are international. Swiss students are used to this atmosphere, so, when they’re looking for exchange programs, they look for options that will give them the most experience, not an opportunity to explore other cultures,” – explains Mauro Dell’Ambrogio.

“Switzerland also offers graduate scholarships; about 25 of them are intended for Russian graduates. It’s not much, but we plan to work with the grant system to make the process of acquiring one easier. Possible recipients include those who have a Master’s, specialist or PhD degree. Exchanges happen every year. We collect the key paperwork and evaluate their basic skills, after which each application is assessed by a special committee. It’s important to be in touch with a professor who will let you join a research program for a period of one to six months,” – explained Andrey Melnikov, the Science and Technology Officer of the Embassy of Switzerland in Russia.