Want to Be Successful in Business? Learn to Communicate

ITMO University’s Technopark and the Future Technologies business accelerator have launched TEAM, an intensive team development course that helps startup managers acquire various soft skills and learn how to establish communications within a team. The course is developed and headed by Egor Deliev, an ITMO graduate and former head of AIESEC’s St. Petersburg office. Now that the program has begun its pilot run, Egor spoke to ITMO.NEWS about what surprised him in working with startups, why teambuilding is trendy and what makes communication inside teams so vital. 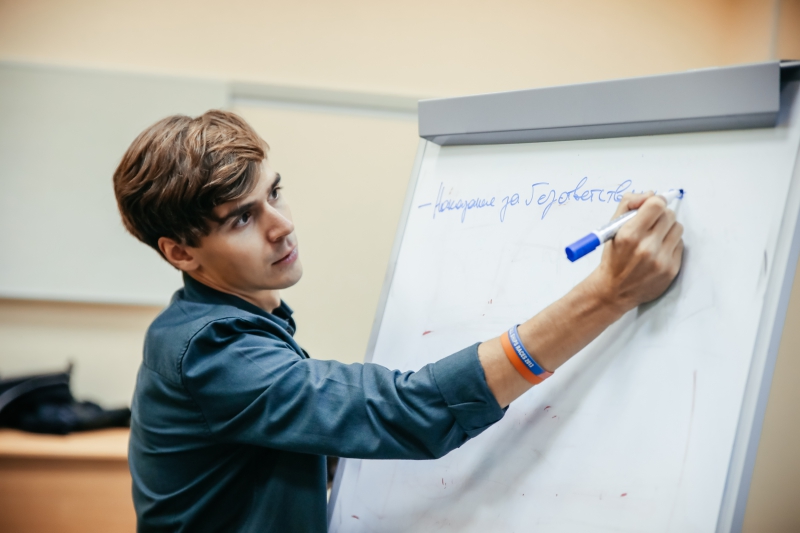 As a student at ITMO, you studied quantum physics. How did you end up doing team coaching?

I think this is to do with the global issue of having to choose careers as a teenager. Not every 17-year-old understands what they really like. In my case, it was my parents who influenced me. They wanted me to do something related to hard science. I did, and I realized it wasn’t for me, even though I still graduated. At the same time, I started exploring other options. I ended up at AIESEC, an international youth organization that develops leadership skills in young people by means of international exchange. They send you to professional and volunteer internships all over the world and train you to find solutions, work in teams and manage them. My final position in AIESEC was that of the head of its St. Petersburg office. It convinced me that working with people is easier for me than working with science.

How did you come about making your own program?

After AIESEC, I worked at other places under different leadership and in different teams; I worked at BIOCAD, at an AI startup, and many others. Working in teams gave me a good push; as the head of an AIESEC office, I worked with strong, memorable people, a true team of stars.  Any work becomes easier and more efficient if you’re also building bonds at the same time. You need to establish effective communication or else there will be difficulties for both sides – the employees and the managers. And so I came to the idea of creating a special program for team leaders based on my own experience and the experiences of those with whom I worked.

Whose experience did you draw from when developing the course?

All kinds of people. I consulted with my sister, who works at the Coaching Institute in St. Petersburg. I also took advice from some people who are involved in coaching, and some who work in management. I used theoretical references, such as Klaus Vopel’s team dynamics theory and US coach Amina Nolan’s “leadership matrix” technique. What’s great is that all coaching models can be mixed together, which helps take the beast part of each model and make one that suits you best.

These days we hear a lot about the need to work with teams to improve cohesiveness. What’s the cause of this teambuilding trend?

I believe it has to do with the different levels of development of humanity and society. People are moving away from the competitive paradigm of working for yourself and achieving personal success. It’s still very much prevalent, but we can see that it’s becoming less popular. The world is starting to lean towards the paradigm of caring about the atmosphere in their team, about soft skills.

How much demand is there for coaches in Russia right now?

Many in Russia are oblivious to the fact that there’s a communications issue. The reason is that at school, at university, and at work we are not taught to exist within communities. Of course, some understand that this is a problem. Companies, mostly Western ones, are hiring facilitators and training their staff accordingly. But these topics are discussed only among the higher-ups, and the coaches are asked to work with those who have issues, when in fact we need to work with everyone in general.

What are the main topics in your course?

The project has two main goals. The first is to make it so that those who work on tasks important for the society and who often run into communication issues learn how to avoid them and fulfill their objective of making the world better. The second is to ensure that everyone working on a project enjoys it.

Who is this course intended for?

It’s applicable to both startups and companies because communication issues are common everywhere; it doesn’t matter how big your team is, you’ll always need to find a common language and establish the principles of effective teamwork.

How did you pick the projects for the course?

The main criterion was that they were aware of a communication issue within the team. It was important to me that these teams have already encountered problems and understood that they must be resolved; no technique will help those who don’t realize they’re in trouble.

This was a pilot run. Was there anything surprising about working with startups?

I worked with heads of startups, not the teams, although some came in full force. First of all, people who run startups have this idea that only well-funded organizations can afford something like this. Secondly, when I worked with the staff at AIESEC, I used a “softer” kind of facilitation, because those people have already been through training and know how to get themselves together. Startups, however, asked me to keep a tighter grip on them. If I gave them five minutes to work on a task, they’d ask me to remind them about the time every once in a while.

What is your explanation for why a leader must not only control their team but also maintain communication between the members?

Control is necessary, but only at first. Once a team has matured, new conflicts arise that require better communication. There are several levels of management: on the first, you control every aspect of the team’s work, and on the last, you simply outline their responsibilities and wait for their reports.

How will you scale the program?

For now, we’ve only launched a pilot run, but I’m currently in talks with the staff at ITMO’s Technopark to launch an updated version of this program for not only businesses but also research teams. This way, startups, companies and scientific teams can solve their issues and also share experience and skills with each other.