In Russia, there are many cities above the Arctic Circle that aren’t very comfortable to live in, to say the least. In such cities, paved roads are already enough to make people happy. Artem Nikolaev, a student at ITMO’s Institute of Design & Urban Studies, wants to change the situation in small Russian cities for the better. He shared his ideas with ITMO.NEWS. 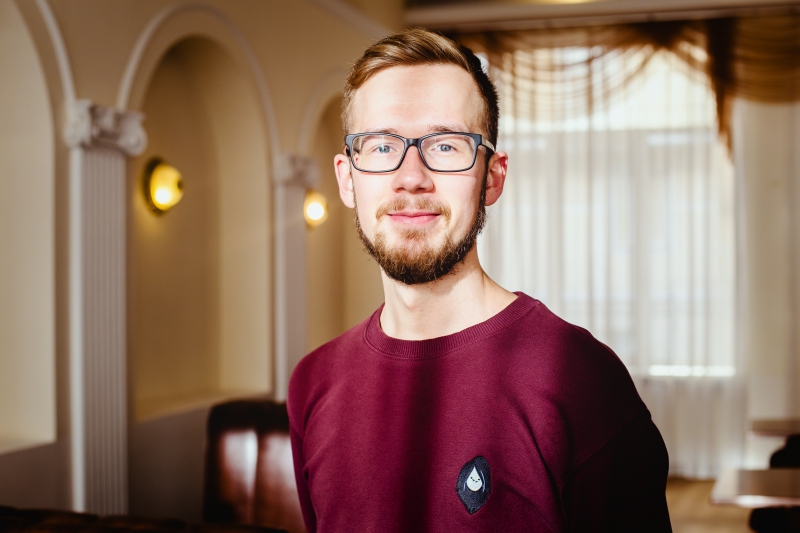 Tell us about your trip to Norway.

This year, I took part in a congress organized by the International Society of City and Regional Planners (ISOCARP), a non-governmental global association of experienced professional urban planners. Every year, this event brings together hundreds of urban studies professionals from all over the world. The congress is a platform for sharing ideas and experience. In 2018, it was held in the Norwegian city of Bodø and lasted for four days.

This year’s theme is ‘Cool planning’, that is urban planning in cold cities. I was invited to participate thanks to my article on the development of cities with cold climate. In Russia, there are many cities with extremely cold winters. The thing is that the climate you live in affects the way you behave as well as the way you spend your pastime, and this fact should be taken into account when working out urban development plans.

My research includes analyzing the experience of other countries with cold climates, such as Canada, the USA, Finland, Sweden, and Norway. The only difficulty is that all the information here is either in Swedish or in Norwegian. After familiarizing myself with the way things work in other countries, I plan to create a list of recommendations, a sort of a guideline, for cities situated in the Northern part of Russia.

What would you change in St. Petersburg?

Take, bus stops, for example. Look at the bus stops at Bodø and you’ll see that they all are covered, which is logical when you live in a place where snow and ice dominate half the year. Whereas in St. Petersburg, it’s only the back side that is covered, which makes bus stops very uncomfortable to use during long winter months.

But it’s not all that bad here: on the New Holland Island, there are circle iron boxes with fire inside that they put outside in winter so that people could stand near such a box with a cup of coffee and warm up a bit. It’s like a heating system in the street. Such solutions encourage people to go out and spend some time outside instead of sitting at home.

What do you see as the biggest urban problem in Russia?

Many aspects of how we plan our cities are problematic. For example, there is this perennial issue of roof water disposal. As of now, the majority of Russian cities solve this problem by dumping rainwater and melted snow onto passer-bys. But this is fraught with risks: come wintertime, disposed-of roof water turns into ice, people slip, fall down, sometimes with lethal consequences. You would think that we’d adapt this system to a now-widespread technique of moving rain-pipes straight into the storm-water sewers, but no, we still face these issues year after year on end.

The most interesting thing is that in most European countries these technologies have long been tested, implemented, and put on the conveyor belt. All the main solutions are already there: all we need to do is invite specialists and let them do their job. There’s no need in inventing something or spending massive sums of money on research and development. If the practices are there, you just take them on board. It’s not expensive.

It’s only in the developing countries that people concern themselves with making cities comfortable to live in. Europe has turned this corner long ago, they now have other problems to worry about: global warming, climate change, the depletion of the ozone layer. They’ve already worked out the local issues and are now turning their face to the global ones.

We’re too making some progress, however small it is. Moscow sets a great example. Its noisy, busy streets have been transformed into comfortable spaces with wide sidewalks and businesses on the ground floors. They’ve also recently opened this great big park ‘Zaryadye’, right in the city center close to the Kremlin. Everything there is made for pedestrians.

It’s obvious that Moscow is a special case. They have the budget and the task to show everything that Russia is capable of. But the problem of underdeveloped cities still stands. I come from the Russian northern city of Syktyvkar. The local government there don’t fuss about urban development that much. They set up a pavement and consider the deed done.

Why do you think this happens?

Unfortunately, I haven’t yet had a chance to speak to the specialists that do urban development in Russia. But I think the root of the problem is the lack of experience. But then again, people who really care can go to Europe and study urban design. If the decision-makers are aware of modern practices, there’s a chance that things will change for the better. That’s why I wrote a thesis and an article on this topic. The reasoning was, I’d create an illustrated guideline and maybe someday get an opportunity to present it to the city’s mayor.

You can share useful information with everyone, so I started a Telegram channel called “City and People”. There’s not a lot of Russian resources on urbanization, that’s why I decided to search for good English texts on the matter and translate them into Russian.

The main motivation behind this project is my desire to contribute to the improvement of our cities. So what if I don’t have the media reach of Ilya Varlamov (ed. note: a famous Russian activist and blogger), why can’t I do what I think is important?

I want to move away from the limited format of Telegram and create my own website. That’s why I’m gathering a team of authors interested in writing about cities. Experience doesn’t play a big role, what matters is their commitment to the topic. Anyone is free to contact me if they want to join this project; I look forward to building a quality media outlet about cities together.