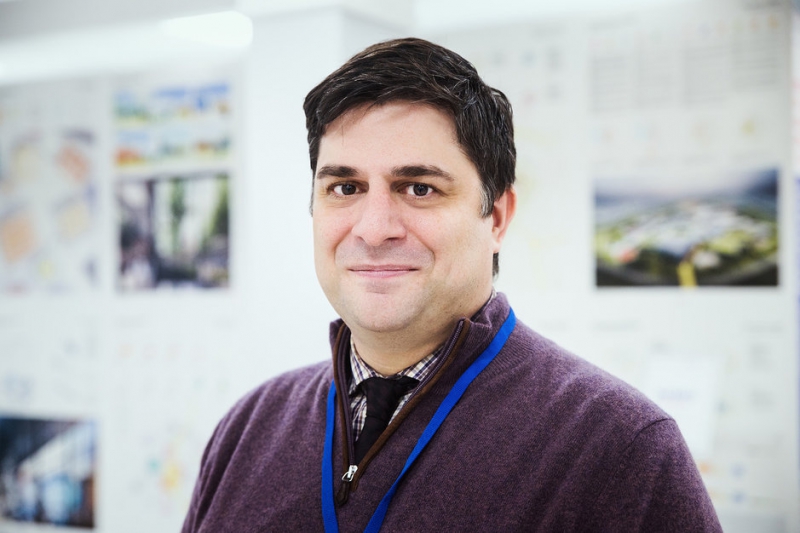 In the world, and the USA especially, the academic community in the field of humanities is very tradition-bound: the researchers mostly use conventional methods, publish articles in journals and write books. For this reason, it is very important to understand why such people suddenly decided to focus on a field like Digital Humanities (DH).

If we were to explain what DH is about, we will definitely mention that first of all, it is a field that is very different from conventional approaches and the work that has been conducted in the field of humanities for over a century. This is a subject that creates a certain type of tension between traditional specialists and those who want to focus on the digital aspect.

Still, we can look at the issue from a different standpoint, i.e. how we can apply digital instruments in the multitude of soft sciences. It becomes apparent that not only can they be used for research purposes, but also come in handy in our everyday lives.

Let us first make sense of what "digital" is. If I were to ask you this question, I doubt that you'll come up with a quick and easy answer.

History-wise, we had devices like ENIAC and other monstrous computers that existed up to the mid-20th century, when digital technologies started to look more promising. With time, they even changed the discourse of modern science. Still, that was before they began using this term in relation to cultural studies.

In 1993, the Wired magazine appeared. This title became a forum for people who were involved in the digital industry and knew how to make the most of such technologies. Another important step was the book Being Digital (1995) by Nicholas Negroponte, founder of MIT's Media Lab. His goal was to bring the topic beyond data analysis and try to forecast what life would be like in the information age. In this book, the word "digital" is used not as some technological term but rather as a characteristic of a cultural phenomenon. Even today, the book can still be of interest to readers, even though some of its ideas might seem a bit outdated. Still, Being Digital describes the first experiments with virtual reality, a field which as you know is still in its development stage. On the whole, I believe that we'll still get to witness some of Negroponte's predictions come to life.

How digital technologies made it into the field of humanities

As can be seen from the above, we had digital computations in the 1950s, and that had a considerable effect on technology. Still, the world really changed after our devices became interconnected.

We've been using computer technologies for a great deal of academic work even before the term Digital Humanities was introduced. For instance, we used them to search texts for common fragments used in writing letters. So, how did we come up with the Digital Humanities term?

In 2001, a group of specialists from the University of Maryland got the idea to launch a new educational program. But they thought that "humanitarian computational technologies" didn’t sound cool enough, and changed it to Digital Humanity. I'd say that was the right thing to do, as if you want to promote your field to students, you need a catchphrase.

Not much later, in 2004, the book Companion to Digital Humanities was released, which I also use in my work. By the way, it's a great starter for humanities' students.

In 2010, NY Times wrote about the field's development, and in 2011, Stanford University hosted the milestone Big Tent Humanities conference. If before 2011 DH focused on analyzing texts and other data and using the already existing linguistics methods, at this conference experts discussed the use of digital methods in organizing museums and such, i.e. whether this field had to focus on solving the tasks of communication between researchers and analysts or become something bigger.

It was at this time that more and more people decided to join the discussion. As of today, Digital Humanities has become a hot topic all around the world: there's much research conducted in this field, specialists develop educational programs and conduct various projects.

Education in the field of Digital Humanities.

In 2014, I started working at New York University, and they asked me to develop two courses. At that time, I thought that it's a good opportunity to combine different aspects that constitute the field of Digital Humanities. As a result, I developed two courses consisting of four modules that focus on four different types of research. In my opinion, this became a great aid for those who only start to study Digital Humanities.

The first module is collections, which is dedicated to how we gather and organize information.

The second focuses on network communications and communities (relations) which play an important part in our lives. Such instruments gave students an opportunity to stop being tied to a particular location, as well as made collaboration through social networks possible.

Another module is dedicated to data analysis. It envelops all kinds of work with algorithms that we conduct in the field of DH. One of the field's common tasks has to do with analyzing digitalizable cultural texts from the standpoint of their structure, patterns, recurrent names and references to historical events.

Algorithmization, an opportunity to transfer the material from printed media into digital format for further analysis is a very important aspect of Digital Humanities.

Finally, the last module that I'm working with is visualization. Apart from drawing maps and graphs, creating 3D models and photogrammetry are very important here, as well as working with recorded media.

Projects in the field of Digital Humanities

A good example of a DH project is Linked Jazz. Its idea is to help the user navigate the vast amount of jazz musicians.

What can be hard about that? At first glance, we can really identify lots of people related to jazz. Still, you should know that apart from bands and their permanent members there are also session musicians, those who are invited to play for particular projects. Linked Jazz gives you an opportunity to get the idea of how all these people are connected.

A great feature of the project is that it accounts for human relationships between the musicians. What are the tasks that specialists have to solve in this case? If you are going to create a relation map for such a program you have to come up with something to measure these relations with. For instance, you can set up a one-to-ten scale to define how close two particular people are: whether they are on the same football team, colleagues or friends for life.

DH projects can also look like Palladio, an application written at Stanford that allows to upload huge amounts of data for future visualization. Still, when your maps become too complex and you have to solve more serious tasks, you face the necessity to create such projects as Hyper Cities that feature different kinds of maps based on huge amounts of data.

Another type of DH projects has to do with 3D graphics. For instance, one of DH projects involved making a 3D model of an Roman sundial. They were photographed at an exhibition and then modeled in Blender. The author aimed to not just present a model, but also use it to show how light interacts with a sundial.

There are lots of projects of this kind conducted with help of instruments developed by DH community, and even more of them make use of third-party applications and resources.

My project The Interface Experience: Forty Years of Personal Computing aims to rethink the experience of using personal computers, from the very first items to today's most advanced tech. In order to do this, I decided to exhibit these devices in such a way that people wouldn't be able to interact with them, and bought several computers for several thousand dollars. My main idea was to give the viewers the physical, ergonomic and nostalgic perception of them.

I had five key devices in working conditions. The first was Commodore 64, one of the earliest mass-produced computers. The second was Macintosh Plus, a computer that already had local memory. Next went Palm V with a stylus, an interface that gives a different experience of working with a PC. Another of the exhibits was iPad, a device that brought to life humanity's long dream of tablet computers. Finally, I exhibited Microsoft Kinect which uses motion capture technologies for control.

I asked my students to write a 60-90 second scenario that covered the most important ideas for presenting these items in a museum. Then, we found a developer who wrote a code for all of these devices' original systems. We also launched a website where one could take a look at each of the exhibits, as well as browse an image gallery, texts and promotional materials for them.

Finally, we wrote a book, which we styled after manuals to old PCs: it had a wide back and tabulated pages. The idea here was to make this information media also an art object.

All of that was meant to encourage a dialog on digital culture: such an experience gives an opportunity to perceive digital devices not only as instruments but also as a source of new impressions that can tell their story in a new engaging manner.

The first day of DH Days also featured the “Kick-off: Introduction to Digital Humanities” event. The topic of discussion was "Interdisciplinarity as a key to innovations". Experts such as Daria Kozlova, ITMO University's First Vice Rector, Antonina Puchkovskaya, head of ITMO's Institute of International Development and Partnership, Artem Smolin, head of ITMO University's Center of Usability and Mixed Reality, and Dmitry Malkov, head of Science Communication and Outreach Office, discussed the relevant approaches in modern education.

DH Days is a popular science event in the field of Digital Humanities. It features a series of lectures and workshops dedicated to acquainting the participants with this new field, its methods and possible research areas. Among the event's speakers were specialists from New York University and ITMO University.