Modern information technologies are helping linguists, sociologists, culturologists and art experts quickly complete tasks that would have taken them years otherwise. New tools don’t just make things easier, but offer a new outlook on the challenges faced by researchers in humanities. Antonina Puchkovskaya, a teacher at ITMO’s Foreign Languages Department, has recently returned from a trip to New York where she held a workshop titled “How to Make Your Humanities Course More Digital: the Syllabus Redesign” as part of the NYC Digital Humanities Week. She spoke to ITMO.NEWS about the benefits of digital technologies in education and humanities. 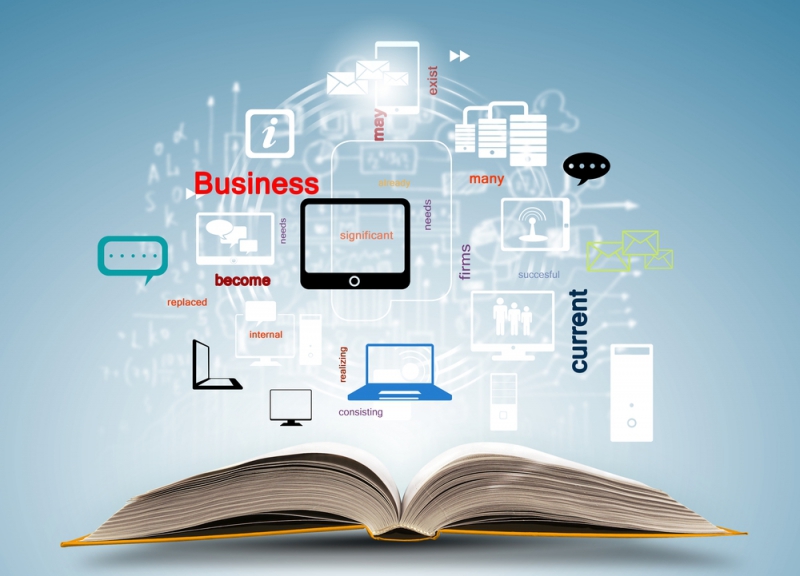 How do you merge history, literature and math? Can a computer analyze literary texts? These and other questions are ones posed by the field of digital humanities, an area of study at the junction of computer and soft sciences.

Digital humanities entails the use of digitized and digital materials and combining the methodologies of computer sciences with those of traditional soft sciences like history, linguistics, literature and arts. This sort of synthesis opens up new ways to collect and visualize data, search for information, analyze it and apply mathematical statistics.

The concept of digital humanities has gained traction over recent years. In that time, many exciting examples appeared that showed how the humanity’s cultural legacy can be merged with modern technology. Scientists from the Stanford Literary Lab have been working for a while now on social, quantitative and evolutionary research. They analyze the correlation between the title length and the plot of English 19th century novels, analyze the survival process of the detective genre or study the popularity of dubbed films abroad. Results are presented as maps and graphs. The lab’s founders dub this approach “distant reading” and explain that it allows them to examine literature on a macro scale and identify global patterns.

In 2010, the partnership between Google and Harvard University resulted in Ngram Viewer, a search engine that analyzes the frequency of use of any given term over a time period using millions of books. The engine uses texts in Chinese, German, Russia, French, Spanish and English taken from the Google Books database. The tool can be used to track the usage of up to five different terms or phrases in any period after the year 1800.

New tools and technologies are useful not just for collecting and visualizing data. Able to quickly process massive amounts of information, researchers can find answers to questions that have long plagued their fields, as well as produce more correct results, says Antonina Puchkovskaya, a teacher at ITMO’s Foreign Languages Department.

“We possess a powerful tool in the form of statistical analysis, which wasn’t used before – simply because it wasn’t viable. In the past, analyzing a massive amount of text or any other content would require a great deal of human resources. And few researchers in humanities were able to dedicate themselves properly to statistical analysis. Nowadays we have all sorts of software and applications; there is no need to code and the interfaces are very user-friendly – all you have to do is put in the right data, set the required parameters and get the answers to your queries,” – she explains.

For instance, existing corpora (a corpus is a structured electronic collection of texts) of newspaper clippings, poetry or entire languages are used as basis for scientific research, and digital humanities technologies are used to develop educational programs.

The British National Corpus (BNC), for instance, shows just how modern English language works in real life. It contains texts of various types, and users can use it to see in which contexts a phrase is used and learn about the historical use of a certain word.

“Encyclopedia Britannica had carried out an analysis of the modern English language. Researchers learned that nearly 70% of words in today’s English are neologisms. Winston Churchill, who had lived barely half a century earlier, would not have understood the word “selfie”; on the other hand, many words no longer exist in the modern vernacular,” – says Ms. Puchkovskaya – “As researchers, our current task is to solve scientific issues using digital technology and figure out how to apply that technology properly.”

One of the most promising fields for digital humanities is that of education. Today, digital technologies can be used to digitize and visualize great amounts of diverse data and, for example, let students create their own courses instead of offering them a pre-made one. A project in this vein was implemented using Google services at ITMO’s Foreign Language Training Center.

“Our project’s topic was “Generation Z in Digital Culture”. We asked students to write reflective essays on digital culture; those who didn’t want to write, could do something else like make a comic, draw something, etc. Students used online editing tools, such as Google Docs, to work on the project together. One even built a landing page to display the results. We also plan to release the results of this project in book form using ITMO’s university press,” – explains Antonina Puchkovskaya.

This way, students don’t just solve problems and complete written home tasks and tests. Instead, it is on them to create their course and fill it with content. This kind of work makes them a lot more involved in the educational process – as evident by the project’s final results, especially the attendance rate and student feedback.

As part of the NYC Digital Humanities week, Ms. Puchkovskaya held a workshop where she shared her insight and experience of using project methods in education. Guests had to sign-up for the workshop online in advance, and the event was originally limited to 15 seats; however, the large number of people interested in attending led the organizational committee to extend the sign-up deadline and increase the number of seats.

The NYC-based Digital Humanities group consists of scientists from New York and members of the GLAM (galleries, libraries, archives, museums) community. Each year the group hosts the Digital Humanities Week, which includes discussions, workshops, open seminars, lectures and social events. Its main purpose is to facilitate the exchange of experience and discussion of main trends in the field of digital humanities.

The audience for Antonina Puchkovskaya’s workshop consisted of librarians, and staff, students and postdocs from various US universities. Its topic was “How to Make Your Humanities Course More Digital: the Syllabus Redesign” – the participants discussed ways to improve and expand the existing humanities curriculum using IT, shared their experiences and worked on cases, coming up with and presenting their ideas for teaching the various aspects of digital culture.

“There is a large Digital Humanities community abroad. This concept includes many aspects, including digital culture and digital teaching. At events like this one, specialists can meet each other, share their ideas, materials and experience, which is a very good practice. We used to be pretty much outsiders in this regard, but this recent experience shows that it’s changing,” – says Ms. Puchkovskaya – “At the same time, I hadn’t noticed any differences between our approach and the international practices. The issue for us is that we’re using less tools and services in our work – even though it’s hardly rocket science. Integrating them into the educational process is not a challenge, as most services are free; at most, we’d need to request access. Gone are the days when everything was restricted. Digital Humanities exists under the banner of open source, and open services and platforms bring together a large community of fellow minds.”

A series of workshops are expected to be held at ITMO University in the near future, at which tutors will learn about the use of digital technologies in education and alternative ways of creating educational courses. For example, the WordPress platform is becoming increasingly popular not only among bloggers and journalists, but also among teachers. The online service can be used to visualize content, post schedules, and provides numerous other features.

“I believe that today it’s important to familiarize tutors with a new perspective on how they can gain a certain end product if their students are given more room to work on their projects. And it’s not just lab projects or tests, but an actual, open source product. It’s important that these projects are made in both Russian and English. This is a trend and it can’t be avoided.  If it works, the results have obvious benefits: this sort of content can be presented and conferences and would elicit feedback and interest from the audiences,” – concludes Antonina Puchkovskaya.