Pop Goes the Bubble: A Quick Guide to Cryptocurrency, Blockchain, and ICOs

The price of Bitcoin has just hit its 2019 high. Experts claim that the digital currency may experience a sudden price bump this summer, but is not likely to hit its earlier record values. So what happened in February of 2017? How did Bitcoin get so popular? And what is blockchain all about? Anna Lopatukhina, a product manager at Wrike and a graduate of ITMO University’s Computer Technologies Department, answered these and other questions during a lecture for ITMO’s Open FinTech course. 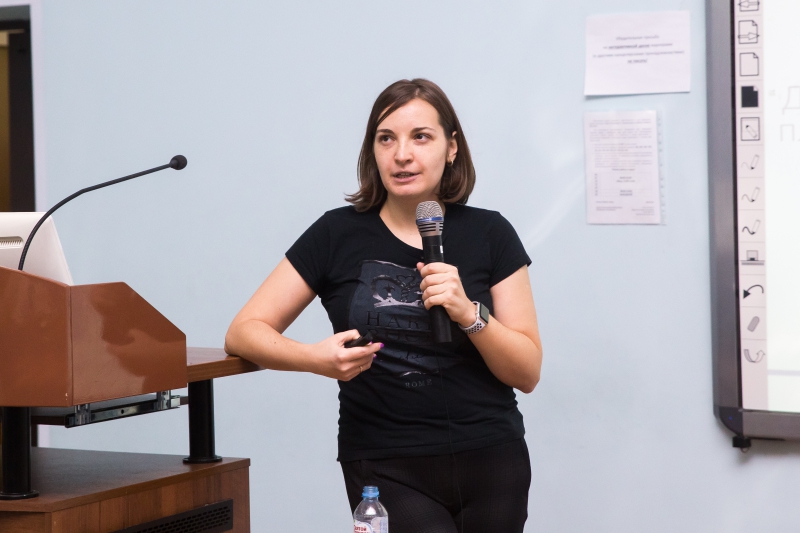 Bitcoin is a currency and a form of payment. To explain it better, let’s look at other currencies; say, the US dollar. The dollar has a centralized system that maintains its life cycle: banks, the government, the Federal Reserve. If you want to open a dollar bank account, you’ll need to go to a bank with your personal ID. If you’d like to transfer your funds to somewhere else, you’ll once again be forced to visit the bank or use its online system. In any case, the bank will be involved in the process, and so will be the government that prints the money.

The key idea of Bitcoin is the decentralization of currency. Instead of banks and governments, there are only algorithms.

What are these algorithms?

When you deal with a regular bank, you’re issued an account. Its counterpart in the Bitcoin world is the pairing of a private and public key, which serve two different purposes. Your public key is, simply put, the number of your account; anyone who knows it can transfer you money. Your private key is used to confirm you as the owner of a Bitcoin wallet.

How many keys can I use?

As many as you’d like. One piece of advice for those dealing with Bitcoin is to generate new public and private keys for each single transaction. You could potentially have thousands of keys. In addition, no third party can find out whether a key belongs to you.

How do people transfer Bitcoins?

When you do a regular bank transfer, you use a particular payment system like VISA or MasterCard. To do that, you contact the bank, form a request, and receive confirmation.

In the realm of Bitcoin, this system is replaced by a b2b network. The way it works is that your computer is connected to a certain number of other computers. Note that it’s not connected to every device in the network; instead, computers are connected into groups. There is no central hub in the system.

If you’d like to make a Bitcoin transaction, you confirm it from your end and send it to all other computers you’re connected to. After a bit of magic, the network confirms the transaction.

What kind of magic is that?

When a regular bank confirms transactions, it actually confirms two things: that this is indeed your account and that you indeed have money on it.

As for Bitcoin, confirming your ability to make transactions is quite easy; all you need to do is sign the transaction with your private key. If you know the key, then it must actually be you.

The way it checks your funds is a bit more complicated. In a regular bank, your account is part of a centralized database that contains information about your account balance. Say you have 1,000 rubles and send two requests to the system: “transfer 700 rubles to Pavel” and “transfer 700 rubles to Maria”. Whatever you do, one of these requests will come first and receive approval, while the other will come second and be rejected. It’s impossible to spend the same money twice in a centralized system.

It’s possible, however, in a decentralized system. Since processing doesn’t happen immediately and is processed by different parts of the network, both transactions may be received, and the same funds will end up being used twice.

Bitcoin’s biggest innovation is that it solved that problem by using blockchain technology to prevent double-spending.

How does blockchain work?

Blockchain contains the history of all transactions ever made in the Bitcoin network. As its name suggests, the blockchain is just that: a chain of blocks. All transactions are separated into blocks and sorted chronologically. A single block contains the information about one transaction: its participants, time of transaction, etc. Each subsequent block uses a bit of the preceding block’s data. And that’s how the chain is formed.

What this means is that if we were to try and retroactively edit any past data in the chain, we’d have to regenerate the data of every block ever made. That’s what makes blockchain such an effective verification tool impervious to editing. Anyone can check the entire chain and make sure that it’s not been tampered with.

But what’s to stop an ill-doer from regenerating all the blocks and effectively creating a new blockchain? They’ll stumble over the system’s purposefully complex data generation process. In order to create blockchains and collect transaction data, one needs an extreme amount of computational power. This process of generating keys is what they call mining.

What is mining for?

For profit. The Bitcoin algorithm functions like this: if a user generates new data and adds a single new transaction to the block, this “transaction from nowhere” nets the user a certain amount of Bitcoins. The precise amount of these Bitcoins is fixed within the algorithm and is gradually becoming lower as the system continues to operate. It used to be 25, and now it’s 12. Which means that nowadays miners can’t earn as much as they could back when Bitcoin was at its peak.

How it all works

Let’s say we have a b2b network where each computer is connected to a certain number of other computers. The network’s participants are split into two types: those who simply conduct transactions (the majority) and those who extract profit (miners).

The issues with Bitcoin

At its inception, Bitcoin was met with a great deal of positivity. But the technology still failed to become widespread, and there are a few reasons for that. The first is the long confirmation time: you’re unlikely to have your transaction confirmed in less than ten minutes. To know for sure, you’d have to wait for six confirmations, and that’s a whole hour of waiting. Definitely not the way you’d pay for a pastry at the bakery.

The second issue is the lack of connection between the user and a private key. The key is the only thing that confirms your ownership of your coins. If you forget your key, no bank will be able to help you. From then on, your coins are lost both to you and the system.

The third issue is that bitcoin transactions cannot be canceled. There’s just no way to do that. If you’re scammed out of your money, there’s nowhere to go for help.

Finally, there’s the question of support. Any regular currency is maintained by the reputation of whatever nation that issues them. The Russian ruble is supported by a US dollar reserve, while the US dollar depends on a gold reserve.

There’s no central banking system for Bitcoin, and the currency depends on the fact that somebody always wants to buy things, and others want to sell them. Therefore, if every Bitcoin user simultaneously decided to sell their coins, the currency’s value would quickly reach zero. That’s what makes the Bitcoin rate so unstable and the system itself unreliable as a form of payment.

Let’s go back to the regular world. We pay others money, and they provide us with goods and services. The two parts of that agreement are not physically connected; aside from legal or some other kind of responsibility, nothing is stopping people from taking money and not providing services in return.

But we can use technology to create an instrument that makes the two processes into one. That’s the basic premise of smart contracts, which are contracts that execute themselves. The idea came into being before Bitcoin, but cryptocurrency inspired developers to put it to practice using blockchain.

That’s the origin of Ethereum, a newer strain of cryptocurrency. Its distinguishing feature is that there are two types of accounts: those owned by users and those owned by no one. The latter are called contracts and contain money that “owns itself”. Users can message these accounts to activate their code. For instance, one could build a car that can only be driven once you provide a private key. Using a contract, the user pays for carsharing and the money goes to the car’s owner.

Another notable use of smart contracts is an ICO, or Initial Coin Offering. Let’s say you’re making a startup and are looking for investments. You have two options: either request them from companies and foundations, or employ crowdfunding in the form of IPO, or Initial Public Offering. In a sense, you give people access to shares that grant them ownership of a small part of your company. The issue is that this is too expensive for projects in the early stage of development, and regular investments are difficult to acquire.

ICO is crowdfunding based on smart contracts. In order to raise funds, a company releases its own Ethereum tokens. With purchase of each token, users receive ownership of a part of the company as specified in their contract.

When ICOs first appeared, the technology garnered an enormous amount of attention. Users would funnel their money into tokens without paying attention to the quality of products they would invest in. If someone had decided to sell detachable pan handles for 1 million USD apiece and then announced an ICO, people would still swarm all over the offer. Many companies didn’t even use any smart contracts and simply made money off a buzzword.

And that was the cause of the cryptocurrency boom. Millions of companies used ICOs, and millions of customers bought Ethereum. The general public learned of the new technology and deemed it a great way of making an investment. Others decided to start mining and video card prices skyrocketed. A bubble was formed. Some say that it has already burst, while others say it has simply deflated and there’s still potential for further decline. One of my friends has bought a car using the money she made off the rising costs, while another lost her house savings to the bubble.

Experts predict different futures for Bitcoin, but my own opinion is that we’ll find a more useful application for blockchain tech in the near future. Perhaps in five to ten years we’ll begin using it in IoT devices and to control smart manufacturing.