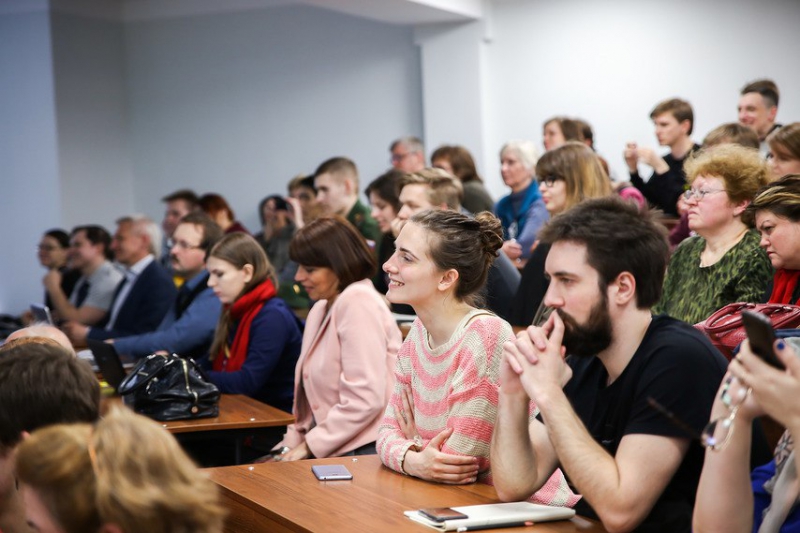 Every year, the Vladimir Potanin Foundation organizes conferences aimed at discussing the key issues of the development of Master’s degree education in Russia. Such events are traditionally organized in collaboration with one of the 75 universities that participate in the foundation’s scholarship program. This year, ITMO University acts as the co-organizer. Winners of the Grant Competition of the Vladimir Potanin Foundation as well as leading experts in the field of Master’s degree education, representatives of governmental agencies and business will gather at the University’s site.

“As a charitable foundation, we aim to not just support students and lecturers of Master’s degree programs; our initiatives also place much focus on creating an environment that forms a demand for high-quality education. The conferences that we’ve been annually conducting for the past five years in collaboration with universities that participate in our scholarship program is one of the ways to scope out the big picture in an attempt to understand the problems associated with Russia’s Master’s degree education and find the appropriate solutions,” comments Oksana Oracheva, the CEO of Vladimir Potanin Foundation.

She adds that this year, the foundation decided to approve ITMO University’s application for hosting the conference because it is an active participant of the foundation’s scholarship program. For the last two years, the university has been acting as its partner in conducting the onsite rounds of the scholarship contest in St. Petersburg. What’s more, the foundation has long been following ITMO’s rapid development and its experiments with different formats and trends.

“Today, ITMO is one of the few universities in Russia that develop as institutions aimed at Master’s and PhD students. Every year, we enroll more Master’s students on a tuition-free basis than any other university, and we know that this development model helps us progress as a research university, conduct top-notch projects and work on the global market. Up to 70% of our Master’s students come from other universities, to be more precise, more than 350 universities of Russia and other countries. Our system for attracting young talents has long expanded beyond the limits of Russia, we look for like-minded people all across the world and find them. This is why it’s only natural to discuss the trends, prospects and technologies for the development of Master’s degree education here at ITMO University,” comments Daria Kozlova, ITMO University’s First Vice Rector.

One of the last year’s grant recipients of the Vladimir Potanin Foundation was Daria Denisova, the Deputy Director of Science Communication and Outreach Office and lecturer at the Institute of International Development and Partnership. She notes that the previous conference that took place at the Kazan National Research Technical University named after A.N. Tupolev has become an ideal site for rethinking of the approaches to delivering Master’s programs in science communication.

“It was there that we got this idea: to propose hosting the conference at our site. We wanted to get feedback and speak about the present concerns of lecturers: from preparing for certification and the improvement of curricula to managing student’s research theses and the launching of new projects. This is why the organizer team came up with a program that is very relevant and responsive to the needs of lecturers at Master’s degree programs. I also want to note that thanks to the work of our colleagues, the participants will get a chance to study the problem against the international background, speak about the issues related to the promotion of programs (this is maybe the most frequent requests that we got on the preparation stage), share about the difficulties associated with implementing programs, discuss their achievements and present cases,” says Daria Denisova.

The conference is aimed at identifying new promising Master’s degree programs and models that are currently being implemented or developed. Its main goal is to define the “growth points” in the organization of Master’s degree programs as a stage of the educational process with regard to facing its modern challenges. The organizers stress that “Master’s Degree++” will become an important discussion platform for supporting new unique Master’s programs and scaling the best ideas and practices.

“This year, we and our colleagues from ITMO University came up with many interesting, relevant and sometimes controversial discussions in different formats. For example, we’ll have “laboratory” of problem issues of Master’s programs in Russia, a counterpart of confessions sessions where participants will share their most acute problems. Another format will be a discussion between Master’s students who will have to answer questions by lecturers, university boards and representatives of businesses. We deem it very important to give an opportunity to speak up about their needs and expectations to those for whom Master’s degree education is intended for,” explains Oksana Oracheva.

She adds that this year, the conference’s program will reflect the latest trends of Russian and global education such as digitalization, interdisciplinary approach, the growing role of creative industries, the development of network and partnership programs and the search for a balance between hard and soft skills.

“Modern Master’s degree education in Russia faces the very same challenges as Master’s degree education in other countries does, namely the digitalization of education, the transformation of the educational environment, the establishment of network and partnership relations, and the digital formats of Master’s programs. It has become evident that in the recent years, the effective development of educational programs is impossible in absence of a preliminary analysis of the needs and expectations of all stakeholders, from applicants to their future employers. This year, we’ll be discussing these subjects with both Russian and international experts,” adds the CEO of the Vladimir Potanin Foundation.

According to Daria Kozlova, one of the key tasks of today’s Master’s degree education is to have the ability to dynamically change and respond to different demands, and not just meet those of the current labor market.

“Master’s degree education has to be versatile and not just meet the demands of students and companies, but also form new businesses and trends. It can’t be geared towards today’s challenges only; universities have to look forward and consider the development prospects of the next several years. This is why ITMO faces the task of searching for creative young people who are ready to come up with new ideas and inventions. Our Master’s programs aim to develop an informal outlook in our students, as well as skills associated with working in interdisciplinary teams. And naturally, it is essential to give them the freedom of choice and an opportunity to follow their individual educational paths. There is no such thing as two similar students, so every case, every educational path has to be unique,” she says.

The conference will last for three days. The first will be dedicated to the winners of the Grant Competition of the Vladimir Potanin Foundation 2018-2019, and the following days will be open for registered participants. The program will feature a plenary session, panels, topical sessions, discussions with students and workshops.

The plenary session will become the conference’s main event. It will bring together the leading experts of Russian and international academic and business communities. The speakers will discuss the issues of the role and transformation of Master’s degree education in the age of digitalization and the global trend on the development of interdisciplinary competencies.

Among the key topics are: “Education as a means for increasing professional capitalization and personal development”, “T-shaped and I-shaped professionals and transdisciplinarity: buzzwords or must have?”, “What should we teach: placing stakes on what’s relevant today, tomorrow or always from the standpoint of universities, business and the state”. What’s more, the experts will discuss what exactly motivates students to pursue Master’s programs, and attempt to model the key values and the unique nature of Master’s degree education.

Another set of questions will deal with the prospects of the development of Master’s degree education in Russia. The experts will discuss the role of universities in the next 5-10 years with regard to the changes in the educational landscape, the proliferation of distance education, and the opportunities offered by the supplementary vocational education and corporate education and many other issues.

Among the plenary session participants will be ITMO Rector Vladimir Vasilyev and First Vice Rector Daria Kozlova, Oksana Oracheva, the CEO of Vladimir Potanin Foundation, Vadim Volkov, the Rector of the European University in St. Petersburg, Andrew Wachtel, the Rector of the Narxoz University, Peter Sloot, a professor at the University of Amsterdam and ITMO University, and Andrei Ivanov, the Senior Vice President of JetBrains.

“A good organizer always adds something new to an event, reinterprets both the substantive aspects and the formats. I hope that ITMO University will complement this conference with its unique flake. The distinctive feature of the 2019s conference is reflected in its name, and will be stressed during the plenary session discussion, where we’ll try to uncover the problems and opportunities for transforming Master’s degree education in the age of digitalization, internationalization and a global trend on the development of interdisciplinary competencies,” comments Sergei Kolubin, the Head of ITMO’s Department of Master’s Programs.

He adds that for ITMO University, this conference has to become a platform for discussing and developing proposals on the development of Master’s degree education, including the development of the university’s own strategy, for strengthening ties with regional universities and the community of the best Russian lecturers, as well as for presenting its strong points.

“We are glad that this conference brings together representatives of the different parties that are interested in the development of Master’s degree education and searching for solutions for its associated issues. It is very important for them to be able to meet and speak out their expectations, share their concerns and practices. In this regard, our goal is to create the conditions necessary for a constructive dialog. And the main result and criterion of the conference’s success will be the emergence of new partnerships and joint projects by its participants, and the future success of projects by the winners of the grant competition,” stresses Oksana Oracheva.