HackUniversity: Create, Think, and Simply Have a Good Time

ITMO University students continue to secure victories at major hackathons. At the recently-concluded HackUniversity, students from ITMO placed first in the Logistics and Big Data categories. ITMO.NEWS spoke with the winners to learn more about this national competition, its challenges, and prizes. 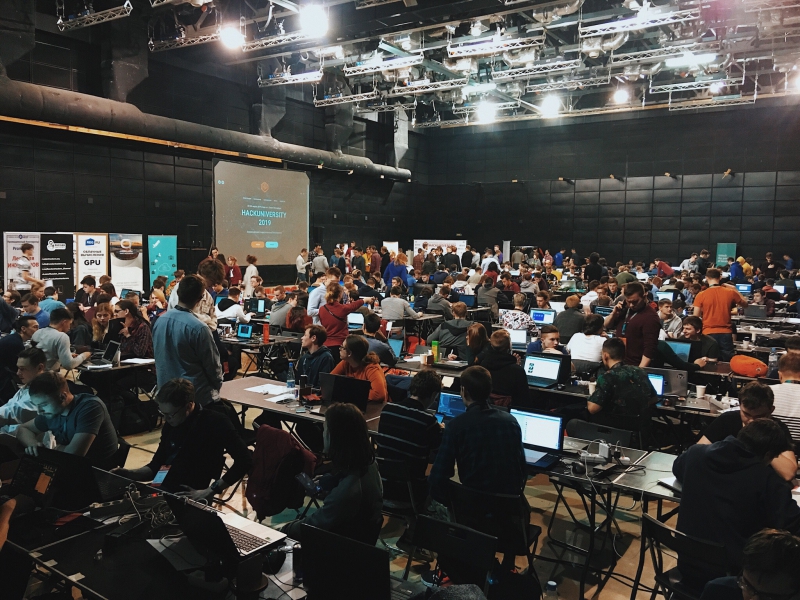 The National University MegaHackathon HackUniversity is a large-scale competition for students from all over Russia. Over the course of 48 hours, four-person teams solve cases for actual companies, the list of which includes MTS, BIOCAD, RighTech, Unilever, and Here. The companies provide students with tasks in fields that are crucial to contemporary businesses: Big Data, VR/AR, Blockchain, IoT & Robotics, Linux & Open Source, Audio, Social Media, Logistics, Data Protection, and Private Data Security. The winners receive various gadgets and internship offers.

The hackathon is organized by the UMGEN integrator company, the Russian Association of Students for the Development of Science and Education (RASNO/RASDSE), and Here Technologies.

For two days, the teams develop their own projects which they then present to the jury; after the projects have been evaluated, some of the teams are selected to participate in the final presentation. During this year’s hackathon, 20 out of 100 teams passed into the final stage.

The event’s organizers staffed the jury with independent experts and employees of universities and major companies. One of the jury members was Ekaterina Malchenko, an analyst at ITMO University’s Center for Technology Transfer. According to her, the jury assessed projects based on their viability, novelty, uniqueness, and how well the teams were prepared. It was especially important to the jury that the students were interested in their own product.

Among this year’s winners are students of ITMO University. Team Varchar, which is fully made up of ITMO students, won in the Logistics category with their solution for a case titled “Smart Neural Network-Based Waste Sorting Conveyor”.

“Our task was to teach a robot to use a camera in order to determine the coordinates of objects on a conveyor belt,” explains Alexey Ustinov, the team captain and second-year Bachelor’s student at the Faculty of Infocommunication Technologies. “Hackathons always make you work hard to produce the best solution. Our team has already represented ITMO at this event last year, but this time, of course, we did much better. We met participants from all around Russia and did well on our project.”

The solution may not necessarily become an actual product, notes Alexey. The company YotaLab, which supplied the case, aimed not to acquire an interesting technology, but to highlight a group of talented students and give them an internship. All four members of team varchar received an invitation to YotaLab’s open research lab.

The members of team Pytbulls, who won in the category Big Data with their solution to a case titled “Optimization of Production Based on Historical Data”, received a fast track to an internship at another company, Unilever (click here to read about a recent tour of the company’s facilities by ITMO students).. The biotech company BIOCAD wants to maximize the number of orders fulfilled on time by using its full production capacities, which is why it asked the participants to find a solution that would let them schedule the usage of various production units based on their future availability.

“When we signed up to take part in the hackathon, we didn’t have any experience in taking part in such events, so we didn’t really expect to win anything; nevertheless, we placed first in our category,” explains Vladimir Khomyakov, the team captain and a student of the Master’s program ‘Big Data and Machine Learning’. “I enjoyed the hackathon, although the initial tasks were worded a bit too vaguely and posed the risk of developing a solution that didn’t fit the client’s needs. That’s why we picked the most precisely-worded case on the topic of Big Data. As for the hackathon itself, it’s a really good way of learning new things and new methods. Of course, it’s also nice to be in a team with your friends. You can create, think, and simply have a good time while also learning from your colleagues.”

Vladimir Khomyakov and the other members of his team received offers for an internship at Unilever and a set of Xiaomi Band 3 fitness trackers.