What do urban planning experts learn from photos in Instagram? How does data derived from social networks help bring people together? These and other questions are researched by Damiano Cerrone, the co-founder and content-manager of Spin Unit - a transnational research team that works at the confluence of such fields as Urban Science and Art&Science. Last weekend, he gave a lecture for ITMO University's section at the popular science conference Parsec-2017. In an interview for ITMO.NEWS, Mr. Cerrone explained how scientists derive large amounts of data from social networks, why one can't fully trust information from Instagram and what is there to learn from studying St. Petersburg's metamorphology. 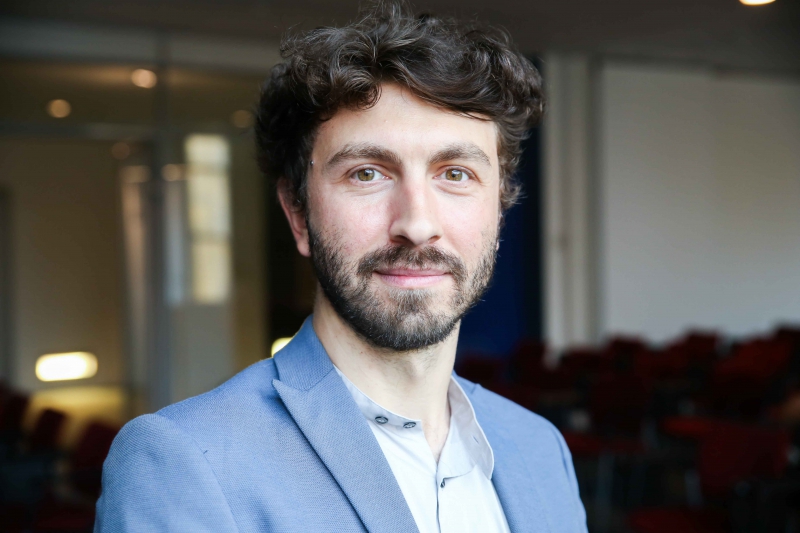 You research social media, Instagram included. Please tell us, what is your work about?

We've studied selfies in Instagram made in the old Baltic cities - Tallinn, Riga, Vilnius. We also did a similar research for cities in southern Finland, USA and in St. Petersburg. This way, we study how people interact with the city and each other. We've also used data from other social media that unite people of different age, not just teenagers, but grown-ups as well. This is important, as people use them to tell about everyday things, not just some remarkable events of their lives; as for Instagram, people mostly post pictures that have to do with some important events or visiting beautiful places. Please tell of your research in St. Petersburg. Did you get any interesting results?

Last year, we tried to understand the citizens' lifestyle, what's important to them, and how they spend their free time. The interesting thing is that in St. Petersburg, people maintain some "classical" relationship with the city, meaning there are traditional places that attract the citizens - the local sights; also, there are many subcultures here. The citizens organize different activities in cafes, bars, cultural spaces - they themselves create places where they socialize. In Europe, all of this is yet to develop to such a level. Why do you think people in Europe don't self-organize like this?

In some places, this has to do with local regulations, in others - the lack of accessible spaces. This all depends on the local context. Sometimes, they start building some object, and then close it, like in Tallin when they wanted to build an embankment by the sea and it never got completed.

One of your projects had to do with studying the peculiarities of selfies made in different districts of a city. What was it about?

That was the Baltigram project. We've noticed that the cityscape affects the way people make selfies. At first, that was more of an art project, yet then we noticed some regularities that made us give it some thought. We understood that all selfies made in historical parts of Baltic capitals look similar: people try to show more of their surroundings than themselves. This way, they try to tell other users of their social life, show that they've spent time at a beautiful and remarkable place. And that is true for not just the tourists, but the locals as well. As for selfies made in old districts with high-rise buildings, people mostly focus on picturing themselves, hence the photo becomes more private and loses the social aspect. A funny thing is that many of such photos are made in elevators. Why? We suppose that many people share their room with a brother or sister, and the elevator becomes a place where they have some privacy. The third common type of selfies are those done by people who live in the suburbs. The situation here is similar to that of the first type: the users want to show their houses, courtyards, gardens. They want to share it with others. How does such data help make cities more comfortable? Why is it important to understand how people associate themselves with their surroundings?

People often use social media to inform others of things remarkable and important for them. This is why such studies should be conducted with regard to such peculiarities. We attempt to understand their preferences: which places they like to spend time at and with whom. As of now, most see cities as some functional places, where each district or space has a particular function. We, on the other hand, study people's activities. For instance, bars, restaurants and cafes are places that encourage social activity. Using Instagram, we can create social activity maps, and see whether what the city offers as services corresponds to what people need at a particular place.

Yet, if we change the surroundings, the people's behavior changes as well - it might turn out that everything was ok as it was. How can one make it so that changes in urban design won't be disapproved of by the citizens?

One has to be careful about them. These days, most urban planning decisions are made based on political and economic reasons. Our research is to help understand the optimal way the city is to be organized with regard to how its citizens spend their time. That is why we have to use more than just quantitative data. Thus, we use the antropologists' help - they interpret the results of processing Big Data and give advice on how to use them. Can you give an example?

Each place needs a different adaptation of Big Data which would account for its landscape. For instance, for cities in Finland and Russia we use different interpretation methods which take account of the local context. For instance, they plan to launch a tram route in Turku. It might seem that public transport does not have anything to do with the citizens' social activity. Yet, we tried to model how the presence of a new tram route will change the peculiarities of people's socialization. Using Instagram, we’ve studied where people like to gather, and what will change when there's a new tram route. This is how we study the effect of building new architectural centerpieces on the local population's habits. In Turku, they've also built a new bridge, and a study showed that after completion, this new object started to attract the youth, in other words, had a positive effect on developing the social activity of the citizens. In Sandford (Great Britain) we watched how construction of new skyscrapers affected the population's behavior. It turned out that though new centerpieces appeared in the town, they failed to become places of attraction. Hence, one has to work out the scenarios of cityscape development so that there will be no alienated areas. This sounds a bit futuristic. How much time willpass before governments will use such research in practice?

What are your future research plans?

We now start a new type of research which will include not just social media. We want to understand why certain districts are better for developing social life and others are not. We want to study the factors that contribute to the growth of popular public spaces. We believe that today's economy is the economy of knowledge: we lose our physical powers, and they are no longer important for survival. Thanks to the IT-revolution, we can virtually be at several places at the same time, communicate with different groups of people simultaneously. This is why our goal is to bring back empathy into people's lives, give them the opportunity to work and communicate in public areas. Such places are to become not just some walk-through spaces, but hold some significance to the citizens' lives. Surely, that calls for using the new opportunities that have to do with the Smart City concept.