In late June 2019, the 8th International Young Scientists Conference in Computational Science came to a close in Heraklion, Greece. Master’s and PhD students from all over the world came together to present their research and share experience. Learn more about the event’s goals, participants, and speakers below. 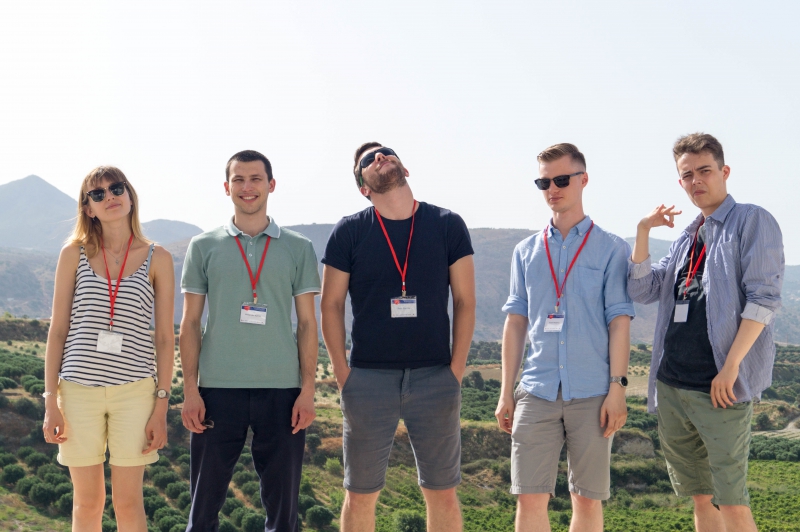 The International Young Scientists Conference in Computational Science (YSC) aims to establish international connections between young scientists working in the fields of computational science, high-performance computing, and computer modeling, as well as in industry and business. Due to this, the event’s organizers do their best to attract participants from a variety of countries. This year’s conference was organized by several parties, including ITMO University’s National Center for Cognitive Technologies, the University of Crete (Greece), the University of Amsterdam (the Netherlands), and the FORTH Foundation for Research and Technology (Greece). The conference’s program also included a summer school for the Horizon 2020 RENOIR (Reverse EngiNeering of sOcial Information pRocessing) program, which aims to study the data dynamics of social networks.

The main goal of YSC is to provide valuable experience to young scientists. As Alexandra Klimova, an associate professor at ITMO and a member of the conference’s organizational committee, explains, this event provides its participants an opportunity to develop the skills necessary for a modern scientists, including the ability to present their research, take part in a discussion, and find common ground with their international colleagues.

“The majority of our participants are Master’s and PhD students, i.e. those who are just making their way into big science. And to many of them, YSC is their first time being at an event of this kind. They can meet their colleagues from other countries, exchange experience, establish their first professional connections and, most importantly, tell others about their research. It’s very important to feel that your work is interesting and valuable,” says Alexandra Klimova.

Angelos Bilas, a professor of computer science at the University of Crete, agrees. Being able to watch young scientists at the beginning of their career passionately talk about their work, Prof. Bilas says, is a pleasure and an inspiration.

This year’s conference, the eighth of its kind, was held at the University of Crete in the city of Heraklion. The university is home to some 13,000 students, of whom around 2,000 are postgraduate students. The university works with partners from Europe and around the world. According to the latest THE Young University Rankings, which evaluate the educational, research, and industrial performance of up-and-coming universities less than 50 years old, the University of Crete is among the world’s top-100 young universities.

All of the reports presented at the conference were reviewed in advance by international experts and will later be published in Procedia Computer Science.

Among this year’s participants are more than eighty people from Russia, Finland, Greece, Poland, Slovenia, the UK, and the USA. Together, they enjoyed an extensive program that included joint presentations, workshops, and lectures delivered by guest speakers. Among the latter were: Michael Thelwall, the head of Statistical Cybermetrics Research Group at University of Wolverhampton; Julian Sienkiewicz, an assistant professor at Faculty of Physics, Warsaw University of Technology; Curtis Atkisson, a graduate student at UC Davis and recent winner of a Young Researchers Bridge Grant from the Complex Systems Society; and others.

ITMO.NEWS spoke to some of the conference’s participants about their impressions from YSC2019.

I decided to take part in YSC2019 because the conference is a great opportunity to begin one’s international research activities. There are many things you must do as a participant: write an article, have it reviewed, prepare a report, deliver it and answer the questions, then process the reviewers’ notes. All these things have their own specific quirks that you must learn about through practice.

To me, the biggest benefit of the conference is being surrounded by people who are just as into science as you are. Listening to so many reports has made me less afraid of the language barrier and expanded my scientific horizons. I also got to meet many interesting people.

The reviews my article got were, undoubtedly, very useful and helped me improve it and look at my work from different perspectives. Overall, the conference has had a positive effect on my work. When I came home, I felt confident that I am moving in the right direction.

Katerina Beklemysheva, an associate professor at Moscow Institute of Physics and Technology

Conferences for young scientists give you the amazing opportunity to learn about actively developing fields as well as the most popular methods and tools. Our research team has recently run into the need to use machine learning in the computational modeling of mechanical processes in organic tissue, and this conference has allowed me to learn more about this subject.

n my opinion, the most valuable aspect of YSC2019 is its informal, but still highly productive atmosphere. Being able to speak the same language and at the same level has let me and my colleagues talk about the specifics of the scientific process more openly than at other conferences I’ve been to. People enjoyed the presentations and I personally was pleased by one news agency staffer’s report on the use of machine learning in tracking articles. Perhaps because our team is in a similar situation right now: we have a practical issue and the need to solve it, one way or another. It was great to learn that someone has succeeded at that.

As a first-year PhD student, I found the Young Scientists Conference an opportunity to become part of the international academic community and to try my hand not only at writing articles but also presenting the results of my research. Here, you can get some useful feedback on your work and speak to legitimate scientists from around the world. For instance, a reviewer from the University of California gave me some great notes on my article about predicting people’s psychometrics based on social media. It allowed me to look at my research from a different point of view and improve my results.

I enjoyed the fact that this year’s conference included a two-days-long school with lecturers from the US, the UK, and Poland. Its main topic was the analysis of social networks and text data for the purpose of identifying moods on social media. This is a very hot topic right now. In addition to the scientific part, we had an extensive cultural program. The staff of the University of Crete gave us a tour of all of their labs and told us about their research.

This isn’t my first time at YSC. I took part in the 2017 conference, which was held at my own university, XAMK, in Kotka. Even then I had understood that this was a good place to acquire feedback on my research. Now I’m back to present the research that formed the basis of my PhD thesis. The conference has changed greatly in recent times. This time, for instance, it lasted for five days and was, therefore, closer in format to a summer school. This change gave me enough time to reflect on others’ reports and compare their work to mine. I also enjoyed the cultural program, which had us visit various landmarks on the island of Crete.