This year marks the fifth time that St. Petersburg hosts ScienceMedia, a competition that brings together talented and motivated students interested in science journalism. This was the second time that the event was held in the format of a hackathon. A total of 75 students from 25 Russian regions took part in the competition. In the course of two days, they listened to lectures, solved practical tasks, and were given 24 hours to come up with a full-fledged longread covering the tours they’d been to. Read on to learn more about the competition and its participants. 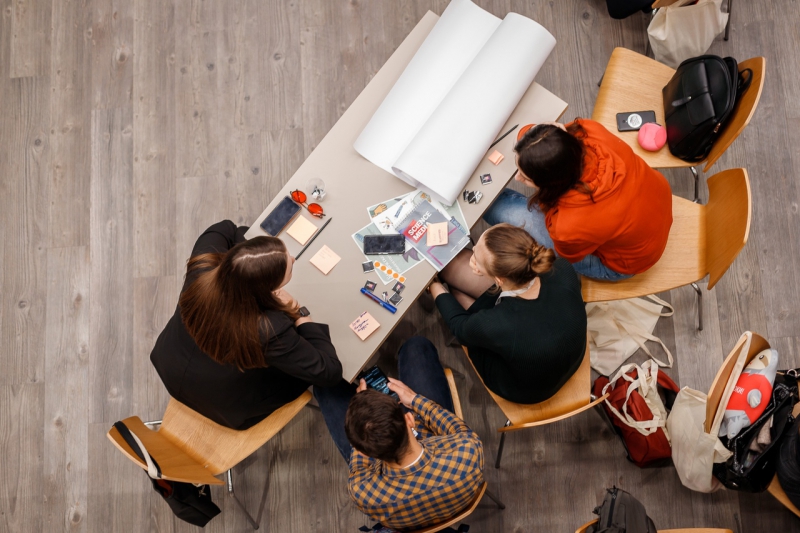 ScienceMedia is a platform that brings together university students from different Russian cities, who are involved in the development of university student media. This year, the event welcomed five groups of participants: journalists, photographers, radio presenters, editors, and designers. All the participants were then split into teams so that each team consisted of five different specialists.

Each team was assigned their own platform to do research on. This year, the list of the platforms included, among others, StarLine (a Russian company, specializing in the development of smart unmanned vehicles), Geoscan (a group of companies producing drones), BSH (one of the leading manufacturers of consumer electronics), St. Petersburg Metro, and Vodokanal.

After the preparation stage, the participants were given 24 hours to come up with a longread covering the tours they’d been to. Each team was assisted by mentors, specializing in the corresponding areas.

“In our opinion, there’s nothing wrong with standard formats, such as lectures or cultural events, however, the problem is that they just don’t produce any results, while the hackathon format is very practice-oriented. Here, students acquire new skills and use them to solve practical tasks that come next. Apart from that, such a format provides students with a chance to work in a team under stress conditions. One of the goals of this project is to help students understand that science journalism is a very interesting and promising field to work in,” shares Alexey Itin, one of the project’s organizers.

After the awards ceremony, the participants shared their impressions of the hackathon. ITMO.NEWS publishes the highlights.

“To be honest, I found the hackathon rather challenging: you have to spend long hours working on the same task, and the time was barely enough”.

“I think that our team is what helped us win. I believe that we are very lucky to get together in such a team. In other teams, people just did their part and went to sleep, while we started helping each other, taking each other’s job, so that everyone could make it”.

“The research component is what drew my attention to this hackathon. I think that if it had focused on social journalism or culture, it wouldn’t have interested me so much. Another reason to participate was the opportunity to communicate with the mentors.”

“I got into design last year. I had a course on internet journalism at the university. As part of it, we developed longreads, and I was responsible for the layout and I really enjoyed it. For me, this hackathon is an opportunity to acquire new skills in the field of design. I was worried about the deadline, that I wouldn’t make it. But I did, and now I’ve started thinking about switching to design as a professional field”.