Scientific American and the World Economic Forum have gathered a group of leading experts in the field of technologies and innovation to choose the top-ten most significant inventions of the year. The experts were judging each invention on its potential, social significance and economic prospects. Every invention that made the list is currently in its preliminary development, but it is already clear how much of an impact they will have on our daily lives once they are implemented. 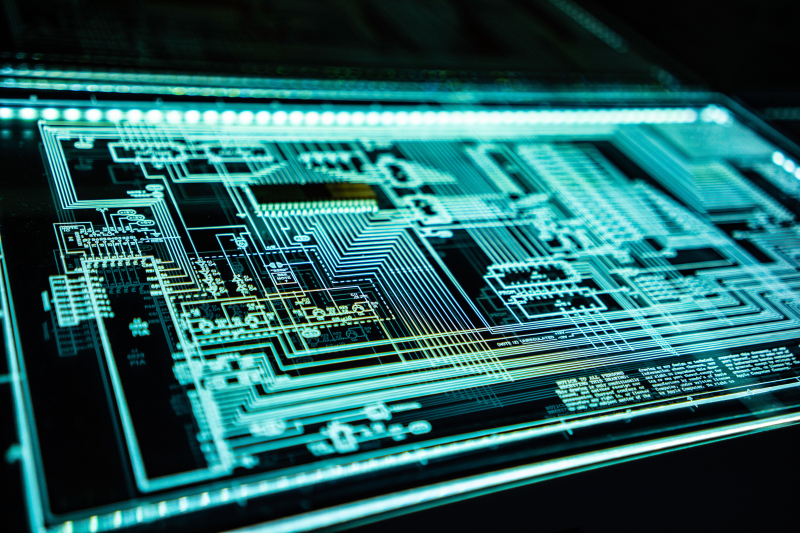 Abstract: Updated solvents and enzymes are to transform wood waste into biodegradable plastic

Our civilization is built on plastic. According to the data of the World Economic Forum, 311 million tons of plastic was produced in 2014 and the number is predicted to triple come 2050. Only 15% out of all of this plastic is to be recycled. The rest is left on landfills or burned.

Biodegradable plastic can radically change the situation, contributing to a “circular” plastic economy, in which plastic is formed from biomass and then converted back into it. Like standard plastic, the biodegradable one is made out of polymers (long-chain molecules), which can assume different forms. The recyclable options available today are typically made from corn, sugarcane or used oils and fats and cannot boast mechanical endurance. The recent advances in plastic production enable us to create plastic from cellulose and lignin (the dry matter in plants), which will eliminate this particular disadvantage. On top of that, these components can be extracted from nonfood plants like giant reed or from wood and agricultural waste, which would otherwise serve no function.

Cellulose, the most widespread organic polymer on the planet, is the major component of plant cell walls while lignin fills the spaces in those walls ensuring strength and rigidity. It is exceptionally important to work with lignin as its monomers consist of aromatic rings, the structures responsible for mechanical endurance in standard plastics. Lignin does not dissolve in most solvents, but it was proven that some environmentally friendly liquids can selectively separate it from wood. Genetically constructed enzymes like those in fungi and bacteria are capable of breaking lignin into its components.

Companies use these findings in their work. For instance, Chrysalix Technologies, a subsidiary of Imperial College London, has created a process using affordable ionic liquids to separate cellulose and lignin from source materials. And the Finnish MetGen Oy produces a number of genetically engineered enzymes, which break lignin into components used in a wide variety of scenarios. While Mobius (formerly known as Grow Bioplastics) is developing lignin-based plastic pellets that can be applied in biodegradable flower pots, agricultural mulches and other products.

Abstract: Droid friends and helpers are gradually integrated into our lives

Like the majority of robots, social robots use artificial intelligence to decide how to react to the information received via their sensors and cameras. Advances in AI development allowed designers to transform ideas from psychology and neuroscience into algorithms allowing robots to recognize voices, faces and emotions; interpret speech and gestures; adequately react to verbal and non-verbal signals; keeping eye-contact; supporting a conversation and adapting to people’s needs using feedback, awards and criticisms.

Consequently, robots play a more and more diverse range of roles. A 47-inch humanoid robot called Pepper (SoftBank Robotics) can recognize faces and basic human emotions and engage in conversations with the help of a touch screen located in his “chest”. Around 15,000 such robots worldwide serve as hotel check-ins, airport customer service, shopping assistants and fast-food checkout. Temi (Temi USA) and Loomo (Segway Robotics) are the next generation of personal assistants: they are like Amazon Echo and Google Home but mobile, bringing them to a new level of functionality. For example, Loomo is not just a companion, but can also transform into a scooter.

The ever increasing elderly population of the world would benefit most from such assistance. The PARO Therapeutic Robot (created by the National Institute of Advanced Industrial Science and Technology of Japan) has the looks of a lovable seal and was brought to this world to reduce stress for those battling Alzheimer’s disease. Mabu (Calalia Health) assists the care patients, especially the elderly, reminding them to take a walk or medications and call family members. Social robots are also becoming popular toys. Early toys with traits of social behavior incorporated in them, like Hasbro’s Baby Alive and Sony’s AIBO, had limited success. But both of them are being revived with the latest AIBO sporting sophisticated voice and gesture recognition as well as the ability to learn tricks and develop new behavior patterns based on previous interactions.

In 2018, consumer robot sales reached $5.6 billion and the market is expected to grow till $19 billion by 2025 meaning around 65 million robots sold annually.

Even though we’ve seen our portable devices grow smaller and lighter every year, making their lenses smaller is a challenge unlike many. Luckily, science has recently come up with a solution — metalenses. They can shrivel microscopes and other lense-based lab equipment as well as various consumer products such as cameras and VR devices.

A metalens is essentially a flat surface, thinner than a micron, that is covered with an array of nano-objects like jutting pillars or drilled holes. When light hits these elements, their properties change, including the lens’ polarization, intensity, phase and direction of propagation. The nano-objects can be precisely positioned to guarantee that the light exiting the metalens has selected characteristics.

The metalenses should not only reduce the size of optical components but also lower their prices, because the smaller lenses can be produced with the equipment already employed in the semiconductor industry. This advantage presents an opportunity to fabricate a light sensor’s optical and electronic components side by side.

However, currently metalenses still remain a rather expensive solution. Moreover, they do not transmit light as efficiently as traditional lenses meaning that they can’t be used to produce high-quality photos. But their potential is undeniable. Indeed, at least one start-up Metalenz, is planning to deliver metalenses to the market in the next few years.

4. Medicine and biotechnologies: Proteins to treat cancer and Alzheimer’s

Abstract: A special class of proteins presents an opportunity to battle cancer and other illnesses

Decades ago researchers were able to identify a special class of proteins common in illnesses from cancer to various neurodegenerative diseases. These “intrinsically disordered proteins” (IDPs) were different from the usual proteins with rigid structures. IDPs are shape-shifters looking like combinations of components, which are constantly changing their configuration. But when these proteins malfunction, it can cause many serious diseases.

Scientists could not come up with ways to treat or regulate such malfunctioning proteins, because the majority of drugs available today require stable structures and IDPs don’t stay put long enough for such treatment to work.

In 2017, researchers in France and Spain were able to demonstrate that it was possible to target the changeable interface of an IDP and hit it. They showed that an FDA-approved treatment called trifluoperazine, which is also used to treat anxiety and psychotic disorders, can bind to and inhibit NUPR1, a protein participating in a form of pancreatic cancer. Massive screening tests have identified several drug candidates that inhibit c-Myc after evaluating thousands of potential treatments. Additional molecules active in IDPs like beta-amyloid active in Alzheimer’s and other neurodegenerative diseases have been identified.

The list will continue to grow as the role of IDPs in membraneless organelles, crucial cell parts, becomes more obvious. These organelles, often referred to as droplets or condensates, bring some vital molecules (like proteins and RNA) closer together while keeping others apart. Researchers have come up with brand new molecular manipulation tools called Corelets and CasDrop. They allow controlling how the droplets form. With these and other tools, scientists were able to discover that IDPs may control the way droplets function, assembly and disassembly.

Industry experts are also counting on the IDPs therapeutic potential. IDP Pharma, a biotechnology company, is working on a type of inhibitor to treat multiple myeloma and small-cell lung cancer. Another company, Graffinity Pharmaceuticals, has found tiny molecules to target the disordered protein tau, involved in Alzheimer’s pathology. Cantabio Pharmaceuticals is looking for small molecules to stabilize IDPs employed in neurodegeneration processes, while Dewpoint Therapeutics is working on the idea that droplets could become potential drug targets because of their ability to bring molecules together. It is highly likely that these formerly nonfissionable proteins will be in the center of pharmaceutical development.

There are two ways a farmer can fertilize their crops. They either use sprays with ammonia, urea or other nitrogen-generating substances or apply potash granules to produce phosphorus – both of these in reaction with water. But only a small portion of these nutrients will actually reach the plants. A larger part of nitrogen is released into the atmosphere in greenhouse gases while phosphorus goes into watersheds where it triggers the excessive growth of algae and other organisms. Controlled-release formulations can ensure that higher levels of nutrients actually reach the crops, leading to higher yields with less fertilizer.

Smart fertilizers are tiny capsules filled with nitrogen, phosphorus and other desirable nutrients. The shell of these capsules slows the rate at which water can reach their insides. As a result, the nutrients are portioned and released gradually.

A new type of these smart fertilizers has recently been developed that adjusts the nutrient-release rate based on the soil’s temperature, acidity or moisture changes. Haifa Group and ICL Specialty Fertilizers are among the companies producing such more precise fertilizers.

Although controlled release makes fertilizers more efficient, some of the drawbacks of their use still remain. For instance, the products still use ammonia, urea and potash and their production still requires a lot of resources making them large contributors in greenhouse gas production and eventually climate change. This effect could be mitigated, however, by opting for more environmentally-friendly sources of nitrogen and incorporating microorganisms that improve the efficiency of nitrogen and phosphorus uptake by plants.