On September 21, as part of the St. Petersburg International Innovation Forum (SPIIF), a Demo Day was held for ITMO Business Incubator’s acceleration program Future Technoogies. Ten teams presented their ideas to the expert jury, special guests and visitors. Over the course of five months, the projects have gone through many stages, from initial prototypes to final products, and acquired market introduction strategies. Visitors of the Forum could learn more about ITMO University’s technological projects at a special exhibition. 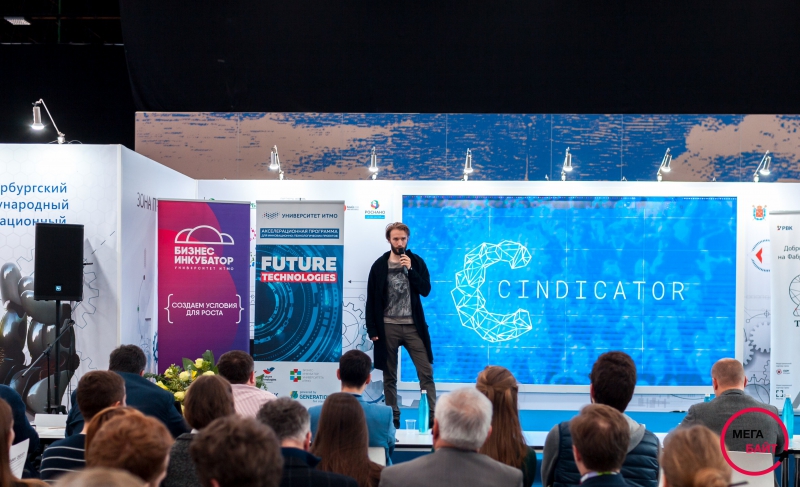 Future Technologies Start is a program developed for early-stage projects. It includes an educational program, mentorships, expert consultations, as well as partner and potential investor search.  The new acceleration program was launched at ITMO’s Business Incubator this spring. For five months, the high-tech, hardware and IT projects had gone from early prototypes or technologies to becoming final products. As part of the educational program, teams visited interactive lectures, took part in workshops and developed their projects with mentors from Future Technologies and experts in relevant areas.

A total of ten teams were accelerated; the projects involved different fields, from medicine, ecology and chemistry to specialized platforms for composers and producers, educational software and 3D printers for kids.

During that time, a number of projects had already managed to gain international experience. At startup festival *SHIP, which took place in Kotka, Finland, this July, ITMO University showcased three of its startups – Laeneco, Statanly Technologies and Coffee Cycle – alongside teams from 20 countries. In those few days, the teams worked with international experts and made their first contracts. The Laeneco team, who developed a lung diagnostics device, expanded their project’s area of application, adding insurance to the list of relevant fields of application. The Statanly Technologies team, who are working on an service for analysis and visualization of large amounts of data using machine learning, have spoken to investment firms such as REOG Capital and San Francisco Oy and were invited to the technological projects’ competition GoTech 2017. As part of the Demo Day, the acceleration program’s final event, which took place at the St. Petersburg International Innovation Forum, the teams had to describe their projects' ideas and explain what makes them unique, as well as present detailed market strategies - all in the span of several minutes.

The three teams that participated in *SHIP, were joined at SPIIF by the teams Revolver (3D printer for batch printing that can be operated remotely on a 24/7 basis), Logoderm (telemedicine service for dermatovenerologists and their patients), S&R Systems (chemical technology optimization service with a focus on engineering and production of chemical and pharmaceutical industrial equipment), Ghostspecter (musical editing software), ICV (access management system for transport vehicles), KODA (software for the detection and suppression of harmful programs) and Bombyx – a 3D printer for kids with an educational ecosystem; Bombyx’s developers have already begun to collaborate with education institutions in St. Petersburg, Kirov and a Russian-language school on Cyprus. The projects were evaluated by representatives of seeding venture funds, investment and industrial companies; among them were: Sukrit Sharan, board member of joint Russian-Indian enterprise IIAAT Millenium Holding, JSC (participant of Skolkovo’s Space Technologies and Telecommunications cluster), Konstantin Sinyushin, CEO and founder of The Untitled Ventures, Evgeny Borisov, director for development at KamaFlow, Alexander Andreev, business-angel and CEO of SoftJoys, Dmitry Ivanov, director for innovative development at UEC Saturn, Roman Romanyuk, executive director at EuroVenture, and others. After the presentations, experts commended the projects they found interesting and gave the participants some tips for their future development. According to Mr. Romanyuk, several projects from the program can be quite successful on the market. Still, he advised the developers to further study the market niches they plan to fill.

“An innovation, by itself, is not interesting. An innovation must create new demand. That is why it is always necessary to understand clearly how the product you’re developing will create that demand; to understand who are the potential customers of your product and to show that to your investor,” – explains the expert – “Some of the solutions shown here are genuinely interesting and can be successful on the market. But I think that the teams need to further investigate the market niches they intend to operate within and, perhaps, consider the possible expansion of their product towards the other segments of their target audience”. Evgeny Borisov, director for development at KamaFlow – an investment partner of GenerationS, the largest startup accelerator in Russia and Eastern Europe – pointed out three more things that might help fledgling entrepreneurs attract an investor:

1) It is important to always flesh out your proposal to an investor: how much, for what percentage, why and for what needs the investments are requested;

2) During the pitch, one must present a detailed and precise project schedule and describe what the team has already achieved, the current stage of the project and its future plans;

3) The emphasis must always be placed on the uniqueness of your project. For example, if the key part of your project is efficient software, then this is what you should talk about with the investor instead of “watering down” the pitch with a detailed spiel about your business model, which, on the contrary, may be nothing new on the market. “After such events, one always needs some time to, so to say, “sleep on” the new information, give some more thought to what you’ve seen and heard. Then, a few days later, you wrap your mind around and pass these ideas along to colleagues. I liked several projects that were presented here. I was also surprised that, despite ITMO University being associated mostly with programming, physics and electronics, the projects here were very diverse – from food to services. That is very good,” – commented Mr. Borisov.

As part of the event, experts and guest speakers shared their own experience of project management. Yuri Lobyntsev, CTO & Co-Founder at Cindicator, a project for the creation of a hybrid intelligence, spoke about the possibility of ICO pushing out venture capitalism and the inner workings of Token Sale. Evgeny Borisov analyzed the process of forming a relationship between investors and startups and explained in detail, how to avoid the common pitfalls of team work.