The Higher School of Economics and Yandex, with the support of the Russian Ministry of Science and Higher Education, have unveiled the results of a review of the quality of admissions to Bachelor’s and Specialist’s degree programs among Russian universities. ITMO University was rated among the top five universities in regards to the quality of admission to tuition-free positions. The average Unified State Exam (USE) score among those enrolled tuition-free at ITMO has increased since last year and now equals 93.1 points. 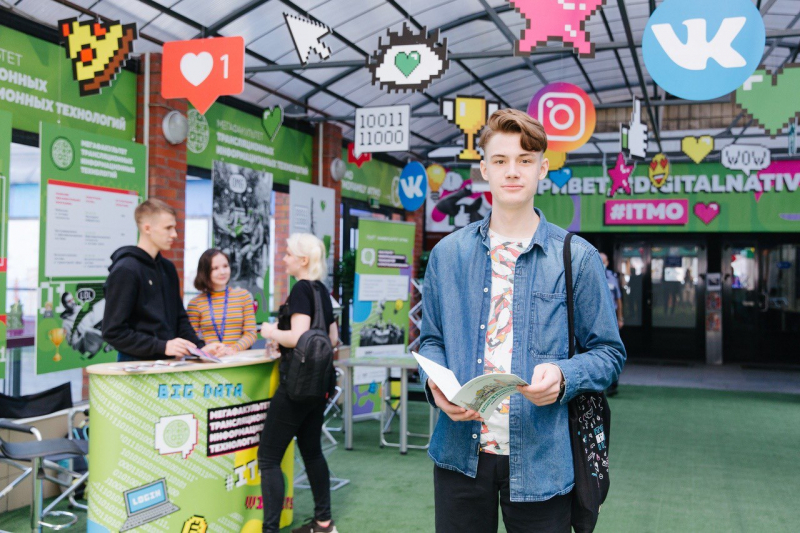 In 2020, 1,172 students were enrolled at ITMO University tuition-free. Their average Unified State Exam (USE) score equaled 93.1 points (compared to last year’s 92.7). Read more about the 2020 admission campaign at ITMO in our earlier article.

In addition to ITMO, which ranked fifth, the top-five list includes the Moscow Institute of Physics and Technology, MGIMO, the Higher School of Economics (HSE), and the Moscow Engineering Physics Institute (MEPhI). Thus, ITMO is the only St. Petersburg-based university to be included on the list of five best universities in terms of the quality of tuition-free admissions.

According to the review’s authors, the top-25 list only includes state-sponsored universities, of which 17 are based in Moscow, five in St. Petersburg, and one each in the Nizhny Novgorod Oblast and the Perm Krai.

The leader lists for tuition-free and paid admissions are practically identical, with all top universities in the latter ranking scoring an average USE score above 70. At ITMO, 675 students were enrolled on a paid basis in 2020, and their average USE score equaled 77.6.

You can find detailed data and graphs on the quality of tuition-free and paid admissions at Russian universities in 2020 on HSE's official website (in Russian).

“ITMO directs a great deal of attention towards finding ways to interact with talented prospective students; to that end, we value not only their academic achievements, such as competition wins or USE scores, but also their personal motivation, and novel approaches to challenges that are difficult to measure in points. We’re proud to know that every year, talented kids from all over the country choose St. Petersburg and our university in particular,” says Anna Veklich, first deputy chair of ITMO University’s Admission Committee.

The review of quality of admissions at Russian universities has been conducted by the Higher School of Economics since 2010. As its authors note, it serves as a key indicator of not only the quality of training exhibited by students admitted to universities, but also of these universities’ reputations.

In 2020, the Russian Ministry of Science and Higher Education as well as the tech company Yandex have served as partners of the project. The review includes all Russian universities at which USE scores are used as the primary criterion for admission. This year’s review included 461 universities not counting regional branches.

Quality of admissions is assessed based on the average scores of students admitted into first-year studies based on their USE results. Those who were enrolled without entrance exams as winners and runners-up of national competitions are considered to have scored 100 points (the same approach as used by the Ministry of Science and Higher Education in its own performance reviews of higher education institutions).

According to this year’s results, the overall level of student intake at Russian universities has remained the same – 497 thousand individuals – but there has been a shift towards tuition-free positions. In 2020, that means a 64% to 36% ratio of tuition-free and paying students, respectively, compared to last year’s 60% and 40%. 318.7 thousand students were enrolled tuition-free in 2020 (19.2 thousand more than in 2019) and 177.5 thousand were enrolled on a paid basis (19.4 thousand less than in 2019).

Previously noted trends related to the overall quality of admissions remain. The number of students with high grades has increased and reached nearly 54% of the total number of tuition-free students; among them is a rapidly-growing share of top students with scores above 80.

The share of “average” students in tuition-free positions, which accounted for one quarter of the intake five years ago, has now been lowered below 15%.

As for fields of study, the top categories among tuition-free students are Healthcare (27,869), Computer science and computing technologies (26,305) and Pedagogy (24,528).