The robot is used to test new sensorless control algorithms, which provide safety for humans working alongside industrial robots. 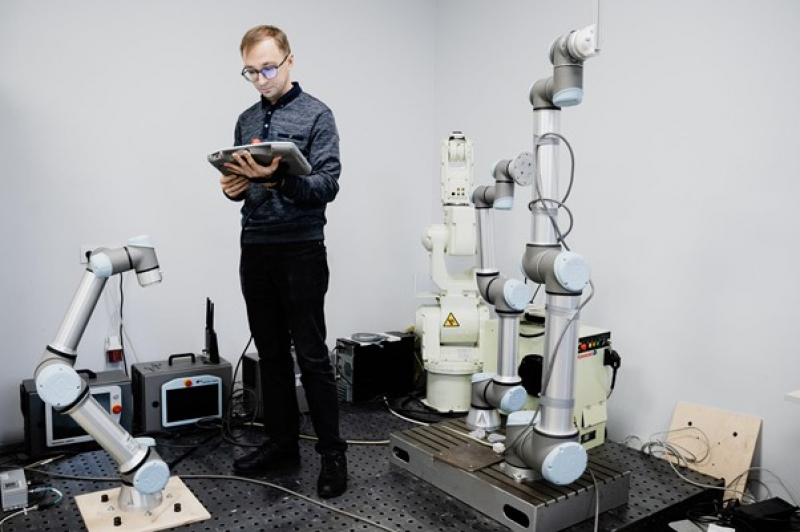 ITMO’s Robotics lab based at the Faculty of Control Systems and Robotics is working on innovative control algorithms, including the ones which regulate the interaction between robots and the external environment. Thanks to force control algorithms, robots do not simply move from point A to point B but interact with people, objects, and surfaces while controlling the force of their impact.

Now, a major challenge is to introduce the latest technologies of sensorless control. Such technologies will allow researchers to implement force control algorithms in robots, for which they were not originally intended. Thus, they will solve the problem of safe robot-human interaction.

Classic robots do not have proximity sensors and thus cannot control their strength or change their trajectories, which may result in serious injuries. At the same time, installing additional sensors is extremely expensive.

Sensorless algorithms are implemented in software, not hardware, and use built-in functions, for example, electric current meters. This makes it possible to customize robots for new types of interaction with humans and objects, as well as expand the range of tasks they perform even without interfering with their software, which is often closed.

The algorithm was developed in part through a frame agreement between ITMO University and TRA Robotics. Thanks to this partnership, the company already produces industrial robots with force control sensors.