Internet of Magic Things: How to Improve IoT Systems

Internet of Things is a specific infrastructure for interaction of humans and smart devices, which needs relevant interfaces. However existing ones are not appropriate due to peculiarities of IoT systems. Alexander Kopylov, R&D expert at the Kaspersky Lab, presented a short guideline for IoT developers. 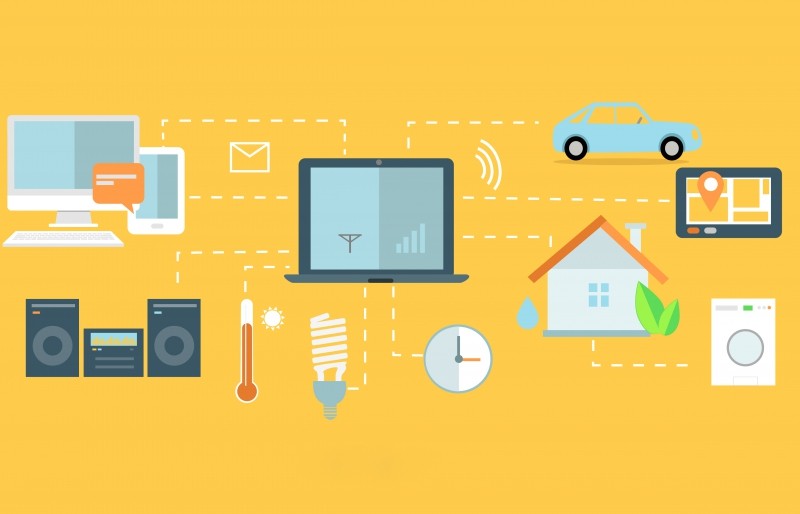 Currently, there are various methods of interface development. For instance, there is the "character-based" method when a developer uses patterns of user’s behavior and creates interfaces by taking into account their peculiarities. The method called "JobsToBeDone" is based on analyses of situations. There are also "flexible" methods like "agile" and "lean" that use ultrashort design cycles, and constantly check the result. All these approaches include design and maintenance of user scenarios. Here, one faces a problem, as basic scenarios cannot be applied to interaction with Internet of Things (IoT).

For example, one of IoT’s characteristics is that each network node, which appears when one installs a new device, provokes plenty of scenario transitions. Besides, all devices have their own micro scenarios. One also has to take into account that different users with various needs will use the same device. This makes the compound interface much more complicated. That is why one cannot apply basic methods. As of now, IoT systems have no uniform standard of networks. Devices united in such systems also have various standards. That is why present IoT is chaotic. It will take some time before it becomes more structured.

Today, there are lots of companies dealing with IoT systems. But now most of interfaces are quite primitive. One doesn’t create something more complicated that a sound operated light system or a system, which changes light regimes depending on a day time. In the nearest future, we will need specialists who will make IoT multifunctional, as this field will become an essential part of our lives. So we have to do our best.

When developing new interfaces for IoT, one has to know some methods. Innovations in this field can be divided into two groups: the first one is based on new technologies, the second — on existing user scenarios. In the latter one developers have to use the "design thinking" concept, which means to understand what users think of, feel, and what makes them happy. It is necessary to not only develop scenarios for human-interface interaction, but also unite them in meta-scenarios that can be represented by diagrams such as "ExperienceMap" and "CustomerJourneyMap." For instance, if one develops an interface for a pregnant woman, where pregnancy is a meta-scenario, one has to take into accounts her needs, decisions and problems faced during certain trimester.

One more issue to be discussed is the interaction channel’s change. For example, you used a personal computer, and then decided to work on a tablet. It would be better to make it possible to "transfer" apps, web pages and other data to the tablet.

The expert in this field needs to work with triggers or events that launch chains of interactions. For these purposes he has to use state matrix tool. The more IoT devices we will have, the less useful unique interfaces will be. Each device is likely to have plenty of interfaces. It means that the only thing developers will have to do is combining different options so as to create ongoing scenarios. In the future, we will need to develop new mediums and ways of interaction with environment.

We already have some examples of such interaction. For instance, the Disney Land — its visitors are given special trackers. Using them, they family members can find each other if someone got lost — all they have to do is look for a special screen with maps. Furthermore,a special system makes one’s photos using his or her id number, so it is easy to find them in a stock.

According to Arthur Clark, [Ed. British science fiction writer and futurist] any developed technology looks like magic. This wonderful statement can be used as a rule for those who develop user interfaces.